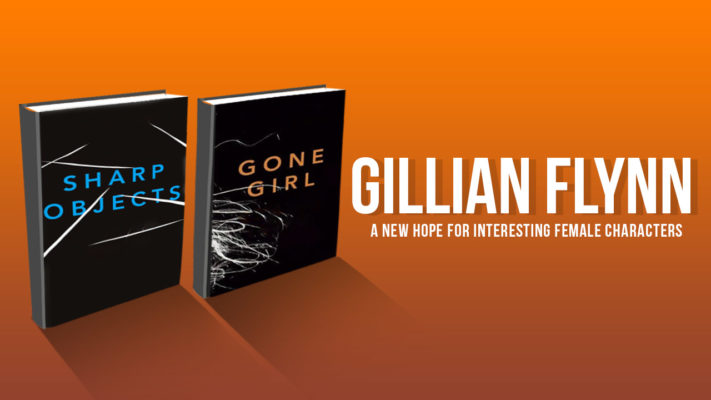 Since the past decade, Gillian Flynn is emerging to be one of the most interesting writers of Hollywood. Even though she started her career writing novels, she successfully transitioned into a great screen-writer. She started off with adapting her own book Gone Girl, after which there was no stopping her. She was churning out great script after great script, which included Dark Places, Sharp Objects and Widows, an adaptation of a British show.

With all that context, I want to talk about one aspect of her writing- the way she writes her female characters. Her stories are normally about a female protagonist trying to uncover a mystery, where each secret leads us deeper and deeper into the twisted world that she has created. The thing about her female characters is that she never shies away from making them truly evil.

Let me elaborate with the example of two of her most celebrated books- Sharp Objects and Gone Girl.

Gone girl starts off as a story of a woman called Amy Dunne who goes missing. The story slowly turns into that of an innocent, who might have been murdered by her husband. When the truth is finally revealed, it is disclosed to us that Amy Dunne was never harmed, she created a story that the world would believe.

She weaved a lie so brilliantly, that there was no way her husband could get away without her help. The plot that started off as a story of a missing woman turns into a sharp critique of the society’s tendency to believe in the easy stereotype of women being victims. Sharp objects is a little more complicated than this. It is the story of Camille Preaker who needs to go back to her home-town to investigate the murders of two young girls. The story centres on three women from three different generations. Adora Crellin the matriarch of the family, Camille Preaker the daughter who returns home after a long time and the youngest daughter Amma Crellin. Each of these characters is broken in their own twisted ways, which allows Gillian to subvert each of their stereotypes in brilliant ways.

Adora Crellin is to the rest of the world a caring and doting mother. There isn’t a thing that anyone could point about her that would lead you to believe otherwise. But as we read through, we slowly realize that under this façade is a monster who would go any distance just to make herself wanted. We learn that she suffers from Munchhausen Syndrome, which sometimes makes parents poison their own kids so that the kid will need to be taken care of by the parent.

Coming to the daughters, Camille Preaker, the elder one, runs away from home a long time ago and has grown up to become an alcoholic journalist. As the story progresses, we learn that she has developed a habit of cutting herself due to the guilt, the guilt that she might have been the reason behind her sister’s death.

Finally, the most interesting character, Amma Crellin. Amma Crellin to the rest of the world is the most beautiful, obedient, graceful daughter anybody could wish for. So, Gillian saves the biggest twist for her. It is revealed to us the Amma killed the two girls to extract their teeth to decorate her dollhouse.

In Defence Of A Great Writer

The point I want to make through all this is that sometimes there is criticism thrown at Gillian Flynn. She is called a misogynist because her women characters are such bad people. I don’t understand this, isn’t the true meaning of feminism equality. I see Gillian Flynn as a bigger feminist than her critics. She is not creating women who are to be hated, she is creating evil characters who happen to be women. By breaking and subverting stereotypes she is helping us get past our biases than trip over them.

“The one thing that really frustrates me is this idea that women are innately good, innately nurturing.” Flynn also said people will dismiss “trampy, vampy, bitchy types – but there’s still a big pushback against the idea that women can be just pragmatically evil, bad, and selfish”

That’s Gillian Flynn for you!