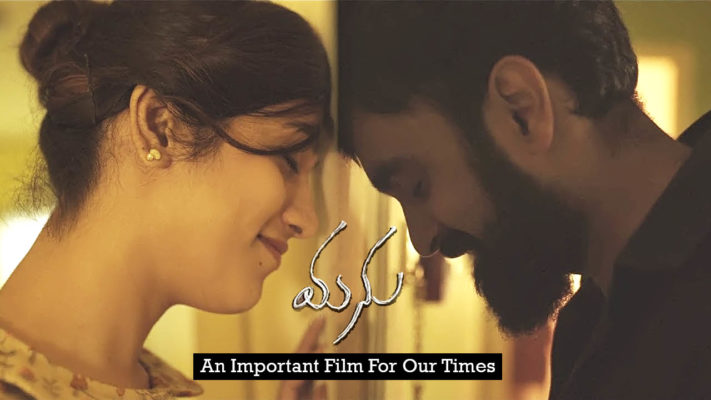 Exciting Times For The TFI

The first week of September 2018 is going to be very interesting and exciting for Telugu cinema, in the recent times. Two movies, ‘C/O Kancharapalem’ and ‘Manu’, both being independent movies in their own ways have created a decent buzz and are ready to introduce to us, audience, a whole new bunch of talent.

Back in 2015, Venkatesh Maha (of C/O Kancherapalem) and Phanindra Narisetti (of Manu) had started their journey to make their first feature film and had ironically pondered over the thought of taking the “crowdfunding” route. However, in time to come, their paths deviated. Venkatesh Maha went with the traditional production capabilities, whilst Phanindra Narisetti, who by then had already proved himself with his acclaimed short features, preferred the crowdfunding route and pitched the same.

And boy, the pitch received an overwhelming response from Phanindra’s followers. Within nearly 4 days, ‘Manu’ managed to pool in a verbal commitment of Rs. 1 Cr. Later, both movies took their time, travelled on different paths, went through their own share of ups and downs and finally materialized to features that are now finally up for release. From the start to their release, somehow these two movies have been travelling together and are now ending up releasing on the same day.

That was only one of the many trivia about Phanindra Narisetty’s ‘Manu.’ It proudly boasts as the first majorly crowdfunded project till date in the history of Telugu cinema. With 115 producers believing in just one man’s abilities to tell an unusual story without even listening to the movie’s subject is something magical. To state the fact that Phanindra derives his major influence and inspiration from David Fincher and Christopher Nolan might sound fancy, but if you’ve watched his short movies, Backspace (shot completely using an iPhone 4) or Madhuram, one can understand the classy narrator he is.

These movies were enough to prove his abilities and people trusted him enough to fund his major maiden silver screen debut. I’m sure no director enjoyed such kind of reception when debuting as a feature film director. Very much like his earlier movies, with Manu, we can say that Phanindra has upped his game. The trailer has caught everyone’s attention and it has been confirmed that every tricky shot we see has been captured by the camera. There was no VFX used, nor there were any scenes shot on a green screen. Everything we see on the screen is for real.

Manu Gets A Major Boost

If you have observed the current wave of Indie films in Telugu cinema, we can call this time as the best phase for Telugu cinema. Alternate cinema is making its mark and a whole new lot of talent is replacing the older batch of filmmakers. Here I’d like to interrupt with a quote by Paulo Coelho, ‘When you want something, all of the universes conspires in helping you to achieve it.’ When this bunch of passionate filmmakers were working on the project, it was pure destiny that Srujan Yarabolu, of Nirvana Cinemas, walked into the sets of the film and the game for Manu gained momentum and took a major swing from here on. After speaking with Phani, he was completely impressed with the content and showed his genuine interest to be a part of the project.

The biggest boost for any movie is when distributors knock on their doors asking for their cinema. After successfully distributing movies like Baahubali, Arjun Reddy and Mahanati, Nirvana Cinemas came on board picking Manu as their next bet and I guess we all know why! From shooting out-of-the-box concepts with just an iPhone to procuring Rs. 1 Cr from people whom he doesn’t know personally, Phanindra Narsetti has already emerged a winner.

Shot over 89 days, Phanindra describes this piece as – ‘give a bunch of dreamers a crore and this is what they come up with.’

Oh man, I love the confidence this young man holds and I love to dream. I love to see dreams turning into reality. I have set my bar of expectations and am excited about them, I want to see the filmmaker, who inspired a bunch of aspiring filmmakers a few years back (with his short films), make his grand debut on the silver screen. I’m curious to see what he weaved when 115 people trusted him and asked him to celebrate cinema. I’m excited to watch Manu.

Related posts:
The Death Of Hyderabad's Cross Country Biker Sana Iqbal - They Claim It's An Accident. She Confessed...
Two Reuters Journalists Jailed In Myanmar For Covering The Rohingya Issue
'The Biggest Source Of Knowledge Is Humans' - The Human Library Project In Hyderabad