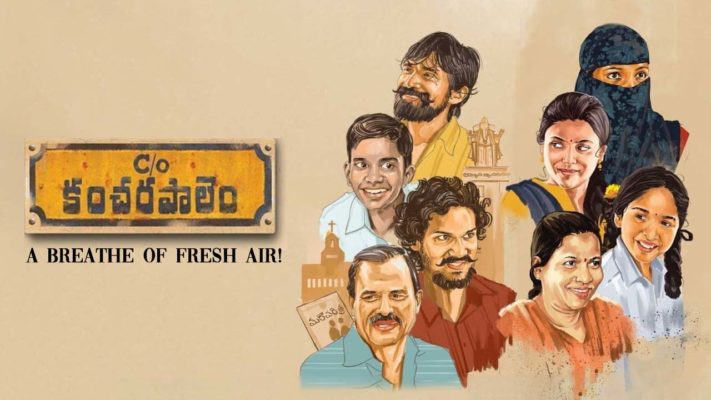 C/o Kancharapalem- An Ensemble Of Emotions

There are art films, action films, rom-coms, thrillers and there are these films, which make you laugh, angry, cry, make you fall in love, put you on the edge of the seat and leave a wide smile on your face by the end of it. C/o Kancharapalem is one such film. It is more than just a love story. Here is why it is one of the very few sensible and successful films that came out in 2018.

Ingredients Of This Delicious Dish

This incredible film has not one but multiple factors that deserve applause and acclaim. Of all the magical ingredients the film uses to become what it is, narration comes first. The way the story is narrated is impeccable. The director almost gets you into believing something that’s completely different from the actual story and leaves you wide-eyed and with an open mouth by the end of the film. The climax is the best part. (Quick tip: You’ll get it only if you watch the film from the beginning, so don’t skip directly to the end.)

The locations used in the film speak volumes about the story. They give the perfect ambience and make you feel like a part of the story. There are no huge sets or unnecessary props. The director has done an extraordinary job by sticking to reality and shooting the entire film in the town of Kancharapalem, justifying the title of the film.

Another exceptional thing about the film is casting. It’s a big relief is to see actors, who look like you and me, normal and not exceptionally beautiful with flawless skin, perfect hair and pink lips. None of the actors put on makeup, just like a typical person leading a normal life in a village doesn’t. The film has a relatability factor which a lot of films these days lack.

Organic Rendition Of An Impressive Story

There are no elaborate introduction shots and unbelievable fight sequences in this film. There’s no forced comedy. Every line and scene comes out so naturally that you can’t help but fall in love with every frame of the film. C/o Kancharapalem sticks to originality and does just as much as the story requires and nothing extra with respect to almost everything in the film. The story is woven so naturally that the audience doesn’t hesitate to believe it’s a true story. It doesn’t seem fictional at all.

Another asset to the film is the language. The slang. The language is not polished and is left raw; thus giving an undiluted effect to the performances, and helping in capturing the essence of the film perfectly. The music is addictive, playing and going silent at the right places. There are no fancy remixes or beats. Just heartwarming lyrics with soulful music, which play the role of enhancing the scene and the movie as a whole perfectly.

The Elephant In The Room-The Story

What makes the story of this film stand apart is the unblemished inclusion of the subplots. The story is not just about Raju and his love interests. It’s also a delicate portrayal of the protagonist’s ordeal filled journey with respect to faith, religion and god. It’s about women not being given a choice to do whatever and be with whoever they want to.

It’s a tale that talks about friendship, perseverance, trust and hope. The film is an ensemble of multiple interesting and thought-provoking narratives.

The success of this film definitely stands as an inspiration to a lot of new thinkers. I would like to conclude that this film is definitely a breath of fresh air to the genre and the industry as a whole. I wish more of such films are made and that they have a wider reach.