[VoxSpace Life] Teen Advice 101 – How To Not Hate Your Parents 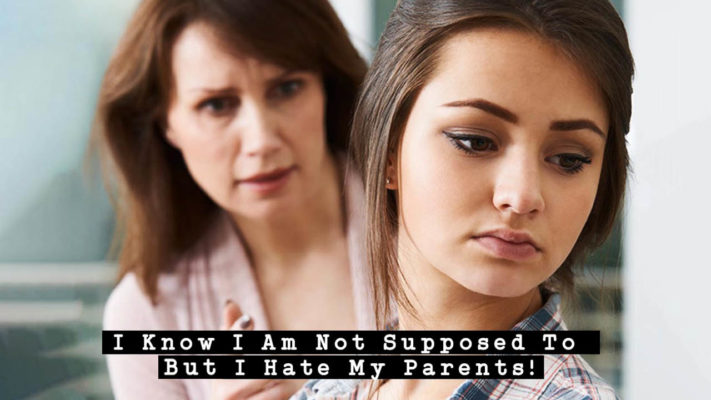 Just A Little Thought And You’ll Get There!

Disclaimer: This is not a typical ‘learn your parent’s value and ‘respect them’ type preachy article. It’s just a humble attempt to help you sort out the issues and conflicts you may have with your parents.

Most teenagers and young adulthood find themselves complaining about their parents or being upset with them, for multiple reasons. It’s natural. They don’t let you go wherever you want to, do whatever you want to, hang out with whoever you want to and so on and so forth. Also, most of us fail to understand why they behave in such a manner and how to deal with it and end up being frustrated all the time. Therefore, here are a couple of points that you should keep in mind before and while interacting, listening, fighting with your parents.

Confused? I’ll help you. With respect to the first point, parents are not gods, so don’t expect godly behaviour from them.

Help Yourself By Not Expecting

How many times have you heard your friends or yourself complain “My parents don’t understand me at all dude! They just don’t get me. My ideas are different. I have different passions.”

“They just want me to be like my cousin dude. I mean c’mon! they don’t understand that we are two different people!”

Quite a few times right?

We are taught to treat our parents as gods. Almost all of us even believe so. But there’s a problem here. We don’t just assume that they are superheroes but also expect exceptional behaviour from them. We expect that they should understand what we say, why we do what we do and be okay with it.

Let’s just take a moment to realize that they are normal individuals like you and me, but from different times, with different exposure and a different upbringing. Hence it’s obvious that they don’t get you the way your counterparts do. They might not be able to understand how important it is to follow your passion just the way you do. Becoming parents makes them more responsible and overwhelmed. They want everything about us to be right and the best. The only reference they have for that is their relatives and their own parents. Hence the rules and restrictions.

But, just because we share their genes, we can’t expect them to read our minds. So, when you talk about something new, like choosing an unusual career path or marrying someone from a different country altogether, don’t snap at them for not getting you. Instead, sit and explain almost everything the right way UNTIL they get it. Trust me, it works.

Also keeping in mind that what they heard while growing up is what they are going to believe and try to teach us most of the times. When you hear them say racist or sexist things or compare you with others, don’t judge them straight up. Understand that that’s what they grew up with and you have a chance to teach them with facts and sensible approaches. So, do that. It’s hard but worth it.

Parents Are Not Gods; Hence They Are Not Always Right!

Now, this point is to those who believe that it’s their responsibility to literally walk in their parent’s path all their life and follow everything they say. When asked about why they are doing what their parents asked them to do and not what they want to do, they say, ‘‘But they are my parents, how can I disobey them or hurt them?” followed by,‘‘They gave birth to us, they work really hard for us, we need to respect them, value them, serve them back,” and so on.

It’s not wrong to follow your parent’ guidelines. But, suppressing your own thoughts and ideas and blindly following them because you think you have to is wrong. A lot of youngsters struggle to even tell their parents about their interests, feelings and insecurities. Even if they do, they end up feeling guilty about opposing or disagreeing with their parents and proposing a different idea or path.

What to do you do then? Disagree, explain and stand up for yourself. Again, parents are normal human beings like us and they could be wrong sometimes. They may make mistakes too. Hence it’s not wrong on your part to disagree with them or propose something else. It’s okay to tell your parents that what they think is the right way might not actually be the only way. Therefore, don’t be silent and shattered for not being able to do what you want to do. Just TALK.

In conclusion, I would like to mention two statements. Don’t expect, rather WORK towards making your parents understand you. You did not magically sign a contract to fulfil all their dreams the minute they gave birth to you, so, do what YOU want to do as long as it makes sense.