[VoxSpace Selects] Asghar Farhadi : A Humanist Of The Highest Order 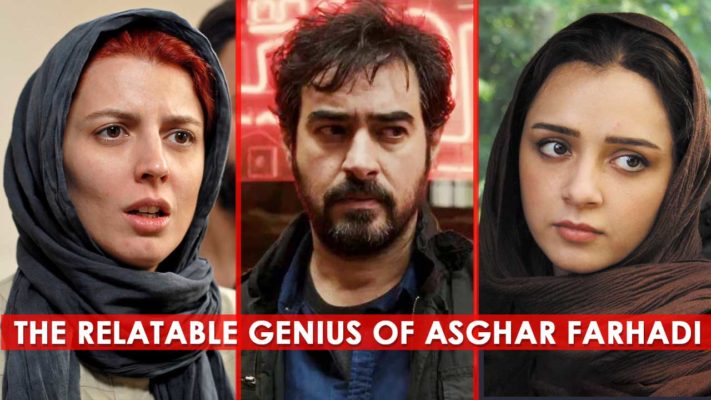 The first time I was introduced to Iranian cinema was through Majid Majidi’s heart-breaking film Children of Heaven. At the time, I did not really see all the little nuances and moments in the film that made it great. I was too young or ignorant at the time, I guess. So, I never really gravitated towards it. A lot of time passed and it was 2011. Everybody was talking about this intensely personal drama that was sweeping the awards circuit. I thought I would give it a chance, and it introduced me to a whole new world of cinema I had totally overlooked.

The film was A Separation by Asghar Farhadi. The film focuses on an Iranian middle-class couple who separate, the disappointment and desperation suffered by their daughter due to the egotistical disputes and separation of her parents. The film mainly plays out in conversations between the various characters of the film, using which the director subtly touches upon various socio-political issues prevalent in Iran.

So, my journey began to start learning all about this master film-maker I knew very little about. Until then his most notable work was About Elly, which was a story of a kindergarten teacher caught up in a web of lies and intrigue. This was also an absolute masterpiece. Ever since, I have watched every film of his including The Past, The Salesman and Everybody Knows. As I have watched most of his films, I started to notice three elements he always goes back to tell his stories. I would love to talk about these elements.

The Personal The Story Is, The More Universal It Becomes

Most of his stories revolve around one or two families and their domestic disputes. Rather than making his subject a whole country or a society as a whole, he chooses to make them more personable. For example, in his film The Salesman, he is talking about the eroding trust in their justice system, by making it about a couple’s loss of faith in their own relationship due to external factors. This allows the viewer to see two narratives if he wishes. The gripping narrative of the surface level story or the allegorical implications of these characters on the society they live in. While About Elly is about Elly and her story, it is also about the injustice caused to woman due to a patriarchal society.

A Sense Of Loss And Regret

Another theme he touches on a lot is the idea of loss or regret. The way I see the idea of loss or regret is that it does not allow us to move on from any kind of misjudgment. He always sets the crux of the stories in most of his films in this transitional phase. We meet the characters in his movies at the point where they are about to make a decision and then through the course of the movie come to terms with these decisions. This is something we all struggle with, taking responsibility for our actions. Through his filmography, he deftly deals with the idea of being okay to mess up but not to dwell in it.

The last but most important element would be the people he chooses to turn his camera towards. Most of his movies are about people from the middle class and their problems. To understand any society compressively, you need to understand the lives of the working-class people of the society. When you talk about poverty, it becomes a sympathetic tale and when you talk about the rich it becomes the story of righteous anger. But when you focus your lens on the working people of a society, it brings out your empathy, due to the relatability of the story.

While discovering his films, he has slowly become one of my favourite film-makers working at his peak. Hope he keeps making heart-felt empathetic movie experiences for the years to come.