[VoxSpace Life] Sexual Abuse And Pedophilia : The Horrors Faced By The Boy Scouts Of America 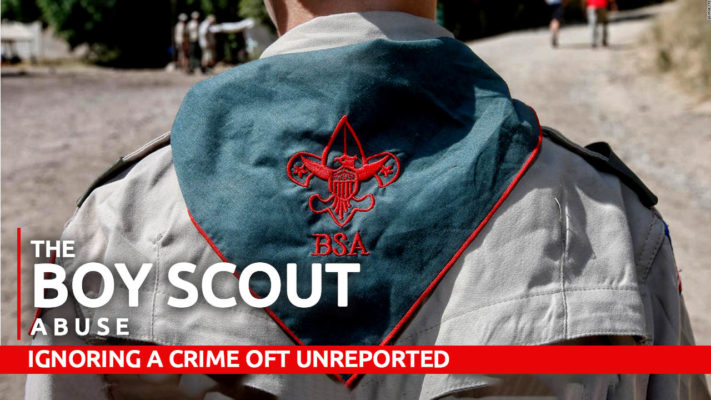 Jeff Anderson, An attorney whose firm regularly represents victims of sexual abuse released a court testimony. It stated that there are more than 7,800 individuals who have allegedly participated in child sexual abuse against 12,254 victims. This testimony was entered in the court records as a part of a January trial at a Minnesota Children’s theatre company.

Experts who have been working with the Boy Scouts revealed that there have been 7,819 sexually abusive troop leaders and volunteers from 1944 to 2016. One of the experts who testified was Dr.Janet Warren, a professor in the Department of Psychiatry & Neurobehavioral Sciences at the University Of Virginia’s Medical School. She stated that she has been on a private contract with the Boy Scouts for the past five years working on assessing the sexual abuse that was carried on in this organization.

History Of Sexual Allegations Brought Against The Organization

Warren testified that she and her team were working on the volunteer files which have also been referred to as “perversion files”. These files are the ones that contained horrific evidence of child sexual abuse.

The existence of abuse in this organization is not new as there have been reports released in Oregon in the year of 2012 that showed at least 1,247 scout leaders abusing the children in their care. There was also a database created by the Los Angeles Times in the same year that implicated at least 5000 men and women were fired in connection to sexual abuse.

BOA Responds To The Testimony

There have been official statements released by The Boy Scouts of America stating “We care deeply about all victims of child abuse and sincerely apologize to anyone who was harmed during their time in Scouting. We believe victims, we support them, and we have paid for unlimited counseling by a provider of their choice,” the organization informed ABC News. “Nothing is more important than the safety and protection of children in Scouting and we are outraged that there have been times when individuals took advantage of our programs to abuse innocent children.”

The BOA also confirmed that Warren has worked with the organization since 2013 to conduct ongoing research on its database. They also said that she has provided recommendations on how to improve its system so that there are no other cases like this that may occur in the future.

Criticism Against The Organization

The organization has received a lot of backlash from critics for not reporting the names of the abusers. As Anderson points out “The Boy Scouts of America have never actually released these names in any form that can be known to the public. They never alerted the community that this teacher, this coach, this scout leader is known to be a child molester”. He’s asked for the release of the previously disclosed alleged 130 abusers in New York to be made public as earlier this year state lawmakers passed the Child Victims Act, which allows claims of sexual abuse from any time period to be brought forth in spite of existing statutes of limitations for a one-year period starting last August.

This situation is repugnant as it shows years of negligence from an organization meant to nurture and teach children. The Boy Scouts have been around since 1910 as an organization meant to support, educate, instruct and aid children. To see it being used as a tool for sexual abuse due to poor management and carelessness is harrowing. My thoughts and prayers go to the families dealing with this tragedy. I hope that they recover from this trauma with the support provided by their loved ones.