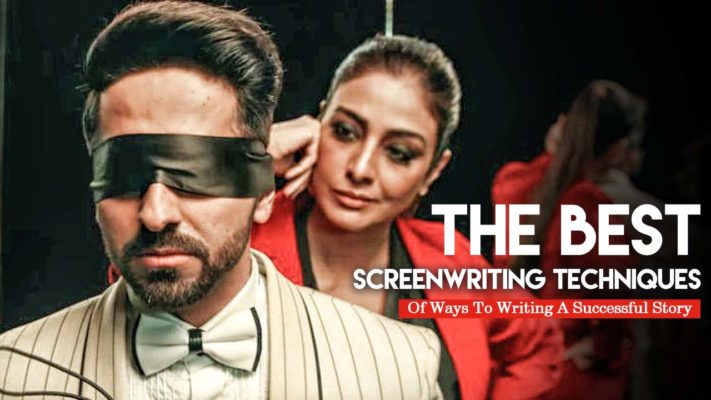 A Mini-Masterclass For A Passionate Storyteller

Storytelling is one of the most fascinating media of communication. But most writers falter in the process of writing interesting stories that work both critically and commercially. Hence here we are presenting a few important screenwriting lessons (heavily inspired by John Truby) every storyteller needs to know in no particular order.

What Is The Genre Of The Film?

Using the right genre to develop the idea is the first and the most important thing in the screenwriting process. Most of the premises fail due to the placement of the stories in the wrong genres. Before getting down to writing the script, one needs to identify the genre of the story. Is it a single genre or a mix of two or more genres. Most of the films in the last few decades have been a combination of two or more genres.  It’s important to keep in mind that combining genres is very difficult. One needs to be meticulous in doing so for each genre has its own theme, characters, desire line, etc.

The key to understanding screenwriting is the genre

The Plot Comes From The Character

Not achieving the goal but overcoming weakness should be more prominent

The First Draft: Writing Is Re-writing

A lot of writers think that we should just get started with writing down the first draft. All the mistakes and flaws can be adjusted as we go ahead with re-writing. That’s where most writers make a huge mistake. The first draft’s story solidifies in our brain so much that it gets immensely difficult to break apart from it in order to write a better line or scene. Structural changes take a lot of effort. Instead, focusing a lot on the premise and breaking down the scene sequence helps in laying down a first draft that’s interesting with lesser flaws and more details.

As I mentioned before, understanding the main character, it’s problem, the structure and the end point clearly followed by a well-thought scene sequence helps in writing a better first draft. With this initial brainstorming, a lot of structural and fundamental problems of the plot will be filtered out even before writing the first draft which makes the whole process of re-writing much easier.

How Do I Sell My Script?

In one of his masterclasses, John Truby says connections are so overrated. Despite meeting the best person who can be a potential investor, 90% of the writers don’t get through because they don’t have a solid material on the page. There’s no quality content.  Hence it’s important to approach writing professionally. We can never know enough about how the craft works. Even if the script is amazing, a producer may reject for she might have simply thought that it’s not a commercial idea or she might have disliked it. So there are no set rules to sell a script. What one can be careful about is the content on the page. If it’s really viable and interesting, the connections, place, person, none of it matters.

‘As a writer, you cannot have control over the preferences of the producer or the investor. What you can have control over is what’s on the page and its quality,’ says John Truby summing up the answer to this most asked question in the simplest manner.

Prove yourself on the page

Is It Really A Write’s Block?

Another most asked question by the writers is how to overcome the writer’s block? Most of us believe that it’s a plateau phase which will pass by when taken a break or focused on another completely different work. Wrong! Particularly with writing, it’s when we don’t understand the structure of the main character and plot in turn, that we fail to go further with the story. Which we call a writer’s block.

It always boils down to the main character. The main character is a unique individual with a unique personality. What is so different about that character that you so passionately want to tell its story? What are the underlying stories, flaws and character traits? When we truly indulge ourselves in understanding the structure and nature of the main character and realize its unique qualities, there’s no place for a writer’s block. Or even if there is one, pondering over these issues will take it away in a snap.

It’s the main character that drives the story

Which Idea Should Be Written?

Another biggest choice a writer needs to make is which story to be written. Of all the hundreds of ideas, one may have what is that one story which s/he is passionate about and wants to share with the audience? Here, an important point needs to be considered. We should always be aware that we are writing for an audience. So, when we bottle down on the premises to be developed it’s important to filter them based on this question- Does the audience want to watch this? IS it important for an audience to know about this story?

I agree that it gets quite tricky here. We never know which story may or may not work. Another key factor to be considered while making this decision is the originality of the story. How real and authentic is the story? How honest are you with the premise? A lot of stories we see today are inspired by the best films that are already made. There is a huge void when it comes to pointing out original ideas. These are some of the things a writer needs to think about before finalizing on which story to tell.

The Ending And The Cliffhanger

It’s important for the ending to be structurally viable. There are innumerable stories which have very interesting premises but fail as a film due to miserable endings. The ending needs to justify the whole story and the conflict that was built throughout. Sometimes, even if a few scenes in the first or second act are not outstanding, a very interesting ending fills the gaps.

Cliffhanger is the most famous and promising way to end a scene. Its main purpose is to hold on to the audiences’ attention and bring them back to watch what happens after. Best way to do it is to have another line of action so we can cut to that and leave the previous scene at this weak moment where the hero is almost about to resolve the problem. It builds tension and curiosity. And right when the second line of action is at a crucial point, cutting back to the first line to show what happens there plays the trick. Now, this shouldn’t be too repetitive or deceiving.

After enormous contemplation and brainstorming and watching masterclasses over and over again, I finally could come up with these seven points or basic lessons that every storyteller needs to know. We tried to keep them non-specific and universally applicable. We are aware that they are innumerable other important lessons, tips and tricks to write a good story which we will try to cover in the next few parts of this series. Until then, keep writing!