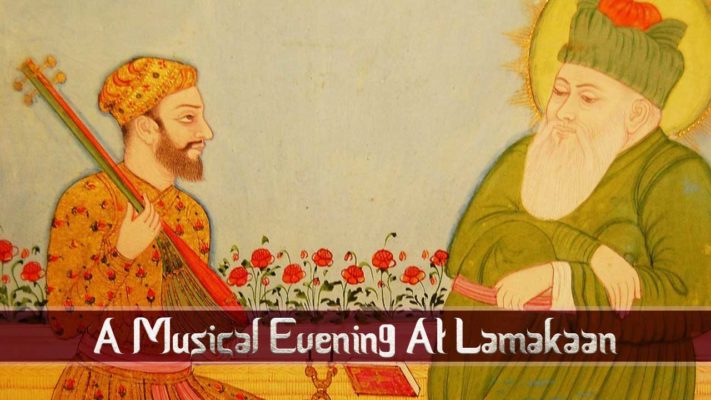 Celebrating The Culture, Diversity And The Unified Vision Of India

On a hot summer evening, cold beverages apart there are but a few ways to feel relaxed; a soothing musical journey is one of them. Lamakaan hosted Prof.Subhendu Ghosh earlier this month for a musical presentation spanning 6 centuries and many great poets and mystics. This celebration of the richly syncretic culture of India, reminded one of the myriad possibilities of this vast and diverse countries, unlike the unified vision of India, the present dispensation wishes to impose upon us.

The invite for this musical evening was as follows

“This is a presentation to remind ourselves as we pass through a difficult period of communal tensions and violence, about India’s history of syncretic culture. The people of India have lived in peace and harmony over the ages. Despite differences in religions, they have all contributed to building a very rich and composite culture, and this is beautifully reflected in our literature and music. This programme is a musical journey through India’s traditions of secular poetry &amp; music, in a historical order beginning from the 13 the century to the present day. Most of the music is composed and sung by Dr. Subhendu Ghosh and is based on Hindustani ragas or other musical forms including the traditional folk songs. The narrative includes the following poets – Hazrat Ameer Khusro, Kabir, Guru Nanak, Mian Taan Sen, Bulle Shah, Lalan Faqir, Nazeer Akbarabadi, Ram Prasad Bismil, Haribans Ray Bachchan, Faiz Ahmed Faiz, and Rabindranath Tagore. This is a small effort to highlight the poetic genius of our Indian poets and pay our tribute to those who dedicated their lives for a Secular India.”

From Ameer Khusro To Tagore…

Laltu or Prof. Harjinder Singh of IIIT, Hyderabad kick-started the evening with a few of his free verse poems in Hindi, before inviting Prof.Ghosh on stage, he had even presented a Ghazal. The first composition was based on the 13th-century poem Zeehal-e_Miskeen by Ameer Khusro, where the striking use of Persian and Brij Bhasha in alternate lines is the main feature. Ameer Khusro is regarded as one of the champions of the Urdu language, this work of his gives an inkling to the mixed heritage of the language itself. This much-fabled poem has had many renditions including a film version.

Next up was the 14th-century mystic Kabir, Moh Ko Kahan Dhunde Re Bande.
We look for god, in whatever shape he or she may be in our places of worship, in our prayers and rituals. But do we ever stop and look within?
Kahet Kabir Suno Bhai Sadho Mein To Hun Viswas Mein,
Says Kabir head my call, I reside in faith.

The legendary 16th-century Miyan Tansen was equally influenced by Swami Ramdas and  Sufi mystic Mohammed Ghaus. One of the Navratnas in the royal court of Akbar, his oeuvre consists of many compositions that delighted the nobility and commoners alike. His Malhar or ‘Miyan Ki Malhaar’ an ode to the monsoons.

In the 18th century, Baba Bulleh Shah wrote and performed Assan Ishq Namaz and told us all there is no worship bigger than the love you show your fellow human. Just like the Sufis in the west and north, the bauls of Bengal preached love and harmony as the supreme religion. Lalan Fakir’s influence spanned over two centuries, the 18th and 19th. In Sab Loke Koy Lalan Ki Jaat Ei Sonsore, he composed a stinging critique of the Indian obsession with one’s religion and caste.

Another 18th-century poet Nazeer Akbarabadi, who is regarded as the father of the ‘nazm’ a form of Urdu poetry, wrote of the one true factor that binds us all, hunger in his poem Rotiyan. His style of poetry is characterized by the use of simple, natural, everyday language. The revolutionary poet Pt. Ram Prasad Bismil, better known for his works like Sarfaroshi Ki Tammana, also wrote many other rousing poems calling the youth into action to stand up against the imperialist forces. His Hum Bhi Aaram Utha Sakte The Ghar Par is a call to action that we would do well to head even today.

For a mini-break in this musical journey Gurudev Rabindranath Tagore’s poem Where The Mind Is Without Fear was recited by Nayeem. Prof.Ghosh who was accompanied by the tabla and harmonium rounded off the evening with Sahir Ludhianvi’s Woh Subaha Kabhi Toh Ayegi albeit very different from the film version we are familiar with.

Despite our rich history of syncretism and communal harmony, it pains those of us who believe in this idea of India, that it is all too easy for us to be divided and pit against one another. Rewriting history is a ploy to serve this end but efforts like this a reminder of the resistance one must put up and the conversations we need to foster around us.