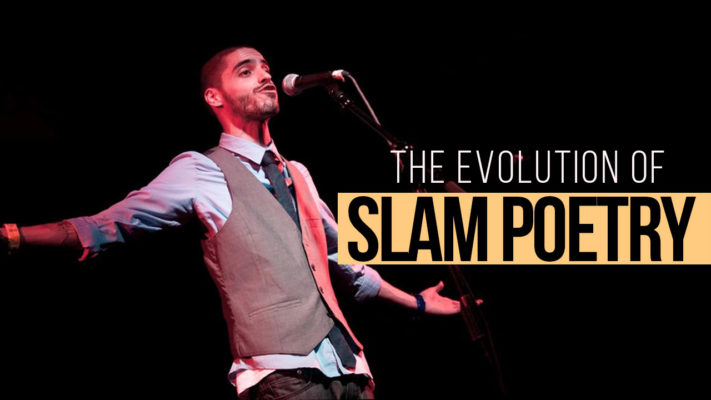 The tradition of poetry in vernacular languages was rich and varied in India. Poets like Amir Khusrow, Tulsidas and Kalidas left a footprint of their art, which is still appreciated and studied. Poets were the centre of attraction in the courts of Kings and dynasties in ancient India. But with the beginning of the Industrial era, the genre of poetry changed and so has its popularity amongst us. To preserve the art of spoken poetry, a new form of performance poetry started in the early 1980s called Slam Poetry.

The Origin Of Performance Poetry

A weekly poem reading series in the pubs of Chicago, Illinois in the 1980s was transformed into a new form of poetry where poets recite and perform actions to depict their poems in style. This was the beginning of slam poetry, started by Marc Kelly Smith. Unlike normal recitation, it is a competition where artists perform and are judged by the audience. Five people are chosen from the crowd to score between 0 and 10, the least and the highest are dropped and rests three are used to score the performance. This way it bridges the gap between artists and the audience.

How Is Slam Poetry Different?

“The points are not the point. The point is poetry”. Slam poetry is not just about reciting a poem; it is more about creating drama, tension, action and engaging the crowd. A poet tries to reach the hearts of the people through his performance and this makes it more attractive and artistic. Slam poetry spread through social media and YouTube and became popular in India only as early as in 2013. In the beginning, pubs and bars hosted these events much like stand-up comedy, which is gaining much popularity nowadays. Today, slam poetry has reached many colleges and national level events such as National Youth Poetry Slam are being organized. Some popular performers like Sarah Kay have also attended these events in India, helping to popularise it.

A New Way Of Expression

Slam poetry is mostly famous amongst teens and young adults due to the stage available, to express their thoughts on issues like sexuality, mental health, relationship and desire, which are generally considered taboo in India. It’s not only English that the poets express themselves; many poets who are not fluent in English speak in vernacular languages, which make the competition more diverse, though difficult to judge. Indians have added their own taste of singing and rapping in performance slam. Artists like Ananya Johar, famous for her “A Brown Girl’s Guide to Beauty” is watched a million times on the internet. Women like her use it to express female objectification, harassment and male dominance in society. Other artists like Gaurav Tripathy and Navaldeep Singh are gaining popularity by reaching millions on the web.

All over India, poetry slam clubs in different cities like Delhi, Pune, Hyderabad and Bengaluru are organising slam poetry events to popularise and promote spoken poetry. These are keeping alive the modern day poetry, which gives a stage to people to express themselves and make everyone think about the existing issues of the society. It creates a community of poets and group of interested people visiting these events; hence socially connecting and developing concerned citizens. Slam poetry is emerging quickly in India, though still limited to urban areas, this new form of art is getting a fast pace in reaching people all over India and will transcend the barriers of all culture and tradition