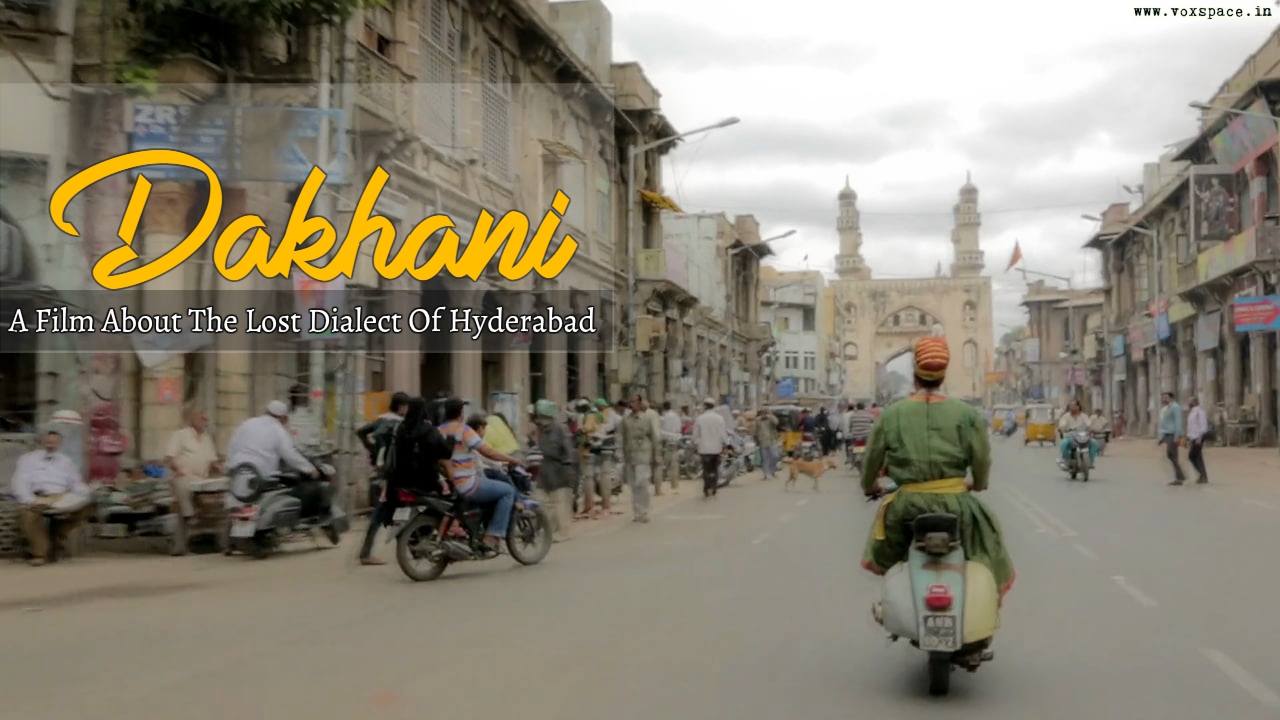 The Origins And Beauty Of Dakhani:

In the testy voices of the autowalas, in the smooth talking of the Chudi bazaar bhaijaans, in the busy lanes of Charminar, in the very air of Hyderabad lived Dakhani, a dialect rich in culture and humorous in its vocabulary. A dialect exclusive to this part of the Deccan. The stress on syllables, the sound of the words, the basic inherent charm of Dakhani, is unimitable. It was an identity of the city of Hyderabad. The pioneers of the language wrote prose and poetry and gave it a character of humor. This was a language which laughed at itself. However, like many other things, this vernacular form of Urdu also bore the consequence of Urbanisation and lost its popularity. The practice of poetry performances at Mushairas, once a pride of Hyderabad, has dwindled away with time.

As a tribute to this rich dialect, Mumbai-based writer/filmmaker Gautam Pemmaraju has directed “Kya hai ki, Kya Nai ki- A Tongue Untied”, a film which celebrates the work of  Dakhani satire performance poetry Mizahiya Shayri. It seeks to remind us of the lost culture and tehzeeb this dialect had brought to the city. This film is being supported by the IFA’s Arts Research and Documentation programme.

“A trailer of an upcoming feature documentary on Dakhani mizahiya shayri, the humour-satire performance poetry tradition of the Deccan. The film takes a close look at the poets, from the earliest ones in the 1940’s to contemporary humourists and satirists. The film simultaneously uncovers the history of the language Dakhani, a parodied and poorly regarded spoken vernacular which fell into decline in the early 18th century after three centuries of continuous literary creations” goes the description and rightly so. One just needs to watch the time pass by in this presentation and awake to the draws of culture. The movie resonates with such timeless honesty, that it’s hard not to replay it again. Go ahead try it for yourself.

The trailer of this upcoming feature documentary was recently released. Watch it here.

Visit this site to know more. A Tongue Untied

“The consequence of laughing at others will be what they are. But the people who laugh at themselves will never be erased.”