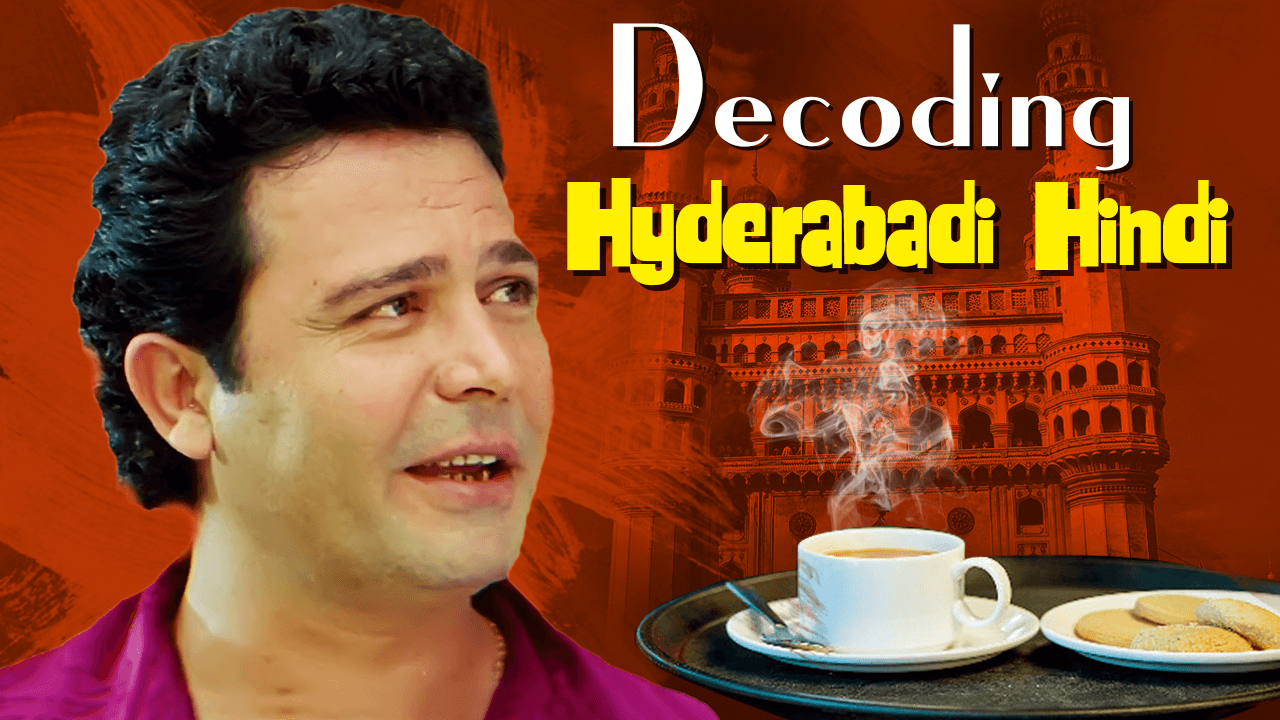 While In Hyderabad Be A Hyderabadi Sort Of Starts

It rained heavily the day I first set foot in Hyderabad. A lot has transpired from that rainy day to this bright and lazy afternoon. Somewhere between catching the first glimpse of Tank Bund and Hussain Sagar to being able to locate the perfect bangle shop in the maze of Laad Bazaar, Hyderabad has managed to become ‘my’ city.

A melting pot of cultures and religions, the parchment on which the Nizami quill wrote one of the most glorious chapters of Indian history, I often wonder, if the city could speak what would it say?

The Hyderabadi that has developed in me over the course of the last few years, answers ‘Baingan ki baata nakko karo, jaake kuch kaama karo‘.

You might have heard the caricature of the Deccani dialect or Hyderabadi Hindi in different Bollywood movies, but until you hear a true Hyderabadi ranting his heart out over cups of Irani chai and Osmania biskut (biscuits simply doesn’t taste as good) you can’t imagine the unique charm the dialect has. The Urban Dictionary Of Hyderbadi Literature

In Hyderabad you don’t go slow, you go ‘hallu‘, you are not a stupid but a ‘howla‘, that colleague of your’s who keeps spinning tales is a ‘pheku‘ and you are a ‘mast potti‘ or a pretty girl or a ‘pathhey‘ or the buddy of a Hyderabadi, in which case you are really damn lucky. Drive like a maniac on the streets and you can be sure you will be asked ‘ghar pe bol ke aya re’

Never in your life, would you feel as guilty when your bargaining efforts with a shopkeeper meet with a ‘Kaiku saata rahe myadam‘ and ‘Biryani hona?‘ is a becoming query at any hour of the day.

Life giving you lemons, a cheery ‘Light lo mama‘ advice from your Hyderabadi friend will definitely lift your mood for a while, and if the blue continues, say ‘hau‘ to his or her spontaneous plan to go for a bike ride to Charminar or Necklace Road.

Make no mistake, you are in for a juicy gossip session everytime they say ‘Uno kya kiye maloom?‘ And the story of office romances would go something like ‘uno aashqiyaan lada rahe maloom‘ But may the Lord have mercy on you if you brush off their opinions. You will definitely be admonished by a ‘Main haula dikhrun tereko?‘ Like other ‘matured’ beings on the planet, Hyderabadis do not believe in not showing their anger. Leave a Hyderabadi alone the moment they utter ‘Ma ki kirikiri kya ho rah‘ or ‘Mereko phodna na re usko‘. Seriously, if you ever hear that go and hide in a safe place and don’t come out until you hear the words ‘irani chai’ or ‘fruit salads’, which are sure shot ways to calm down any Hyderabadi.

Also, chances are, at some point in your life you will hear a tale about how ‘uno usko khundal khundal ke maara‘. I by no means claim to be an expert on the dialect, but that probably did not end well for the ‘howla‘ who got beaten up. In most cases, these incidents will either involve a motorbike or a ‘potti‘ or both.

Hyderabadi Hindi also has the magical ability to erase the word ‘hai’ from your Hindi vocabulary and replace it with ‘re’.

If you are a native Hindi speaker, you will notice this change happening swiftly without you even realizing it. Also, if you thought ‘parson’ meant day before yesterday or day after tomorrow, then Hyderabad is not a place for you. When Hyderabadis say ‘parson’ it can mean 100 years or 5 seconds in past or a trillion years in future. The concept of time here is open-ended and anyway, the story would be more interesting than the time specification, so sweat not. It’s Either The Right Way Or The Baingan Way

Confiding in your Hyderabadi friends about your dirty deeds would probably end up in them saying ‘Aisa ghaleej kama kaiku karte miyaan.‘ But, they will also be the one to tell you are one of a kind for your shenanigans, which in Hyderabadi translates to ‘Akhri hai re tum ustaad‘. Now whether that’s a compliment or not is for you to decide. But if you hear ‘Kiraak dikh rahe mama‘ that is definitely a compliment. When they say ‘kiraak‘ they mean it, truly. And if you get the coveted ‘Aakhri maut hai yaaro‘ just know you have hit it on the nail.

Hyderabad’s obsession with ‘Baingan‘ is also remarkable. Apart from when they are talking about their favourite baghaara baingan, you can never be sure what part of speech ‘Baingan‘ belongs to. It could be a noun, pronoun, adjective (in most cases) or even a verb. For people who like the vegetable so much, it is kind of ironic that this is their favourite slang for expressing disapproval. Mind your ways if you have ever been called a ‘baingan‘ by any of your Hyderabadi friends. And if you ever get the title of ‘Bainganapalli ka Baadshah‘ just give up hope. You have just been called the emperor of the ‘baingan land’ where all the stupid people thrive happily ever after. Ouch!

There Ain’t A Party Like A True Hyderabadi One, With Some Family Pack Biryanis

People in this city, or as they say ‘Hyderabadi logan’, love to make plans and consider yourself very lucky if they make you a part of it. There ain’t no party like a party in Hyderabad. But let me remind you, cancelling plans is a serious offence and you will be publicly shamed by saying, ‘Kal haath de diya re tum‘.

Brimming with optimism usually, know that your Hyderabadi friend is in great trouble or something has gone awry when they say ‘Biskut ho gaya re‘. Take the poor chap and treat him to some ‘pathhar ka gosht‘ and you will be there ‘mama‘ forever.

Quirky, unique, honest, fun and without even an iota of pretence, Deccani or Hyderabadi Hindi is the reflection of every quality that the city embodies. Not that it lacks heavy words or serious emotions. The heavy influence of Hindi, Urdu and Telugu has enriched the Deccani dialect and it also has a sizeable amount of literature to boast about. But, above all, it is a language in which friendships are made. It is perhaps for the same reason that the city embraces you no matter from which part of the globe you come from.

However, if you still find Hyderabadi Hindi a little bit weird, here is the ultimate argument for you, ‘Yeh Hyderabad hai, yaha aisaich boltey.‘