International Level Swimmer From Bengal Found Hanging In Her Home 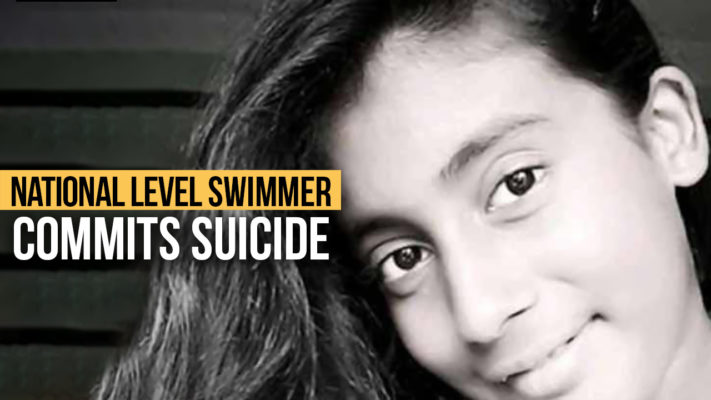 A Budding Life Comes To An And

An international swimmer, hailing from West Bengal, allegedly committed suicide on Monday at her residence in Hoogly district. The body of 15-year-old Moupriya Mitra was found hanging from the ceiling in her house, in Bandel’s Manaspur area.

Like any other day, Mitra had gone to Chinsurah to practice and returned home in the heavy rain at around 11 am. She is said to have locked herself up in her room, situated on the ground-floor, while her parents, Subhra and Bhaskar, were on the first floor. After about 30 minutes or so, her parents called her but received no response. Worried, they told their neighbours and informed the cops as well.

The police then arrived and broke open the door of Mitra’s room, only to find her hanging. No suicide note was found in her room.

The police have reportedly registered a case of unnatural death, the family is yet to register a formal complaint.

“The body has been sent for autopsy,” said an officer from Bandel police station. He further added,“It is found that the girl was upset over a relationship dispute. We are further investigating the matter.”

Her body was sent to the Chinsura Imambara Hospital for an autopsy.

Her father, Bhasker, said that she was sentimental and it was hard for them to understand what led her to take such a fatal step. Mitra, who is an international swimmer, won two medals- a gold and a silver, in the South Asian Aquatics Championships (SAAC) 2016, held in Colombo. She also won the high-board gold, the 3m springboard silver, and the 1m springboard bronze, in the 2016 junior national aquatics championship.

The teenager, who was a class 10 student, started her career in gymnastics but had to soon give it up after her leg was fractured in an accident. Later she took up swimming and specialised in diving.