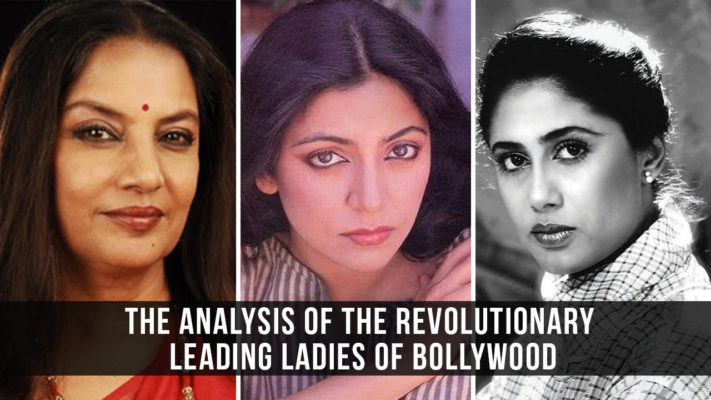 The Hindi film industry, or Bollywood as we call it now, has essentially been kinder towards men. Dominated by the male stars, there was always little or no scope for women to act and shine through their talents. The actresses were bounded by the invisible norm to be glamorous and glitzy in order to maintain their position in a male-dominated industry.

While the position of women in the Hindi film industry was never as high as their male counterparts – actresses are still paid lesser than their “actors” in today’s time – the position somewhat worsened in the mid 70’s and 80’s in mainstream cinema, with the advent of the Angry Young Man. The idea of “Angry Young Man” embraced an aura of “demi-gods” to the heroes, leaving the women actors as just tropes to magnify the hero’s stature. 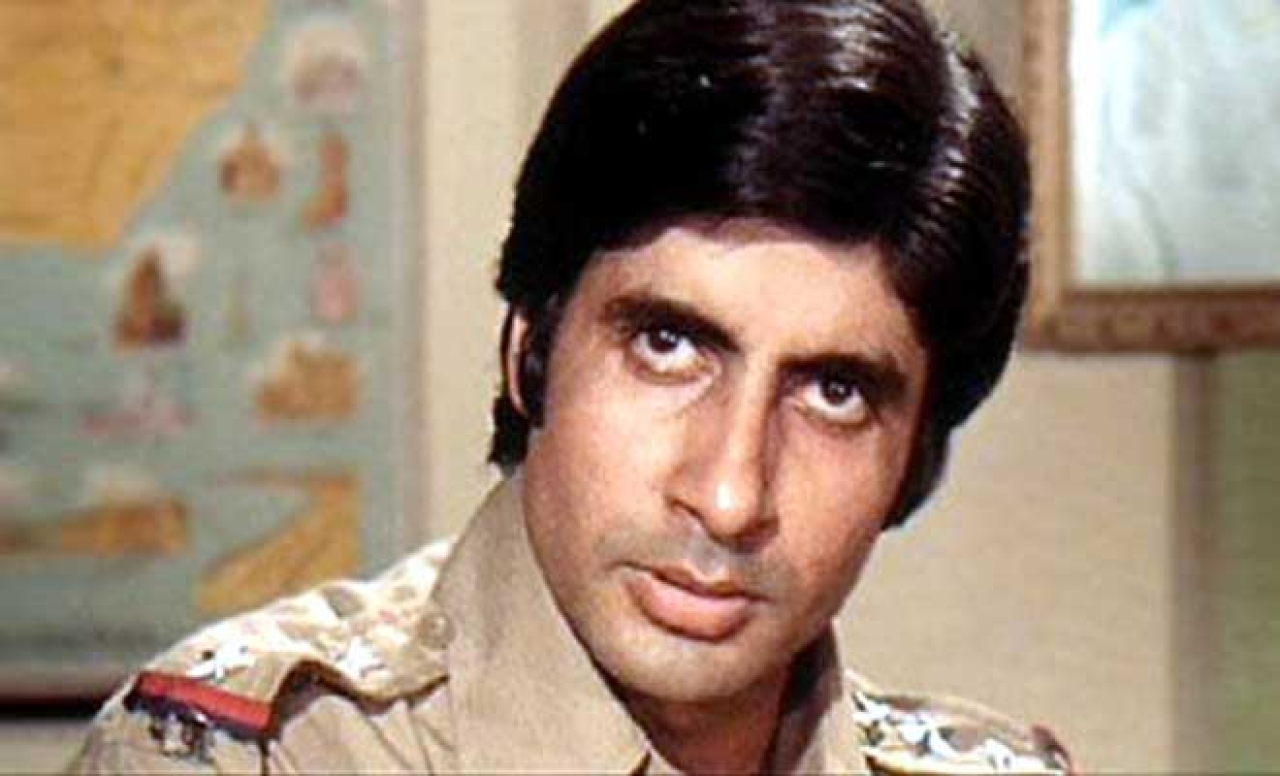 Amid such a scenario, there came three women, who subverted this accepted norms in their own ways and paved the path for acceptance of women as leading “actors” and not just “glamour queens”. The actresses were Smita Patil, Deepti Naval, and Shabana Azmi.

It was in the year 1981 when the famous glamour magazine Stardust thought of doing something different for their annual issue and brought together leading actresses Smita Patil, Deepti Naval and Shabana Azmi on the same platform for the first time for a photo-shoot and an interview. As far as one can remember, this was the first and perhaps the only time when the trio appeared on a magazine cover or for an interview together.

They were strong actors, who committed themselves to the art of cinema and acting, but not to the world of glamour and glitz associated with it. They took upon themselves to be the torchbearer of the Indian New Wave – self-sufficient women of the modern times, who needed no man to support their skills and talents onscreen. Their aloofness from the mainstream films (which all of them did at some points in their careers) did not harm their popularity, rather labelled them with the tag of “fearless” actors, who were not afraid to portray the untoward onscreen – the Angry Young Women of Indian Cinema.

At a single glance through their filmography, the one feature that even a layman will not be able to evade is the wide array of characters portrayed by them. Their characters were never really the coy and meek women, whose lives revolved around the pivotal characters of men. They were the housewives brimming with confidence, the matriarch of brothels, the prostitutes, the third person between a couple – and the list was endless. They were fierce in their choices of films, and their characters evolved out from the socio-economic conditions that India was steeped into back in those days. They were common Indian women, with common dreams and aspirations – and not waiting to be the queen of any tall, dark, handsome king.

In their 1981 annual issue, Stardust had called out to the three women appearing on their cover, “today’s girls, the industry’s truly liberated women in the sense of self-sufficiency and self-esteem. They are aggressive, demanding, ambitious, too proud to accept the back-seat just because of their (weaker) sex. They are all out to give themselves a fair chance, and fight shoulder-to-shoulder against the actors, for supremacy. The industry is in for a major upheaval and Shabana-Smita-Deepti are making sure it happens in their time… and to their advantage!”

One, who is aware of the Indian New Wave films that emerged during those times, cannot agree more with this. The best part about these actresses was that they were carving out a niche for themselves in the industry by playing normal, neo-realistic characters. Just like the men portrayed in mainstream movies, who was often stuck amidst nihilistic ennui and catastrophe, these women also played characters who often found themselves stuck against nothingness. Sometimes, they failed in getting out of the mess, and sometimes they evolved successfully – but what is most credible about their choice of roles is that all the women had their own choices, exercised a voice and a strong character, which forced the audience to reckon them as the woman of the times, independent and self-reliant women. In short, they redefined womanhood in words which others had just dreamt of.

Larger-Than-Life Roles Were Never Their Forte

One of my personal favourite Smita Patil films had been “Bhumika” (1977), where Smita Patil garbed the role of a successful commercial actress. Directed by Shyam Benegal, ‘Bhumika’ was a kind of bildungsroman film, which traced the character of Usha since childhood. Although she depicted the role of a great actress, her failure in relationships and inability to conform to the patriarchal rules laid down by each of her lovers, she emerged as a true-to-life woman, who exerted a choice, self-reliance and a command over her own personality. Usha’s personal life was a mess but she took its responsibility and emerged victoriously.

Benegal’s another film, which is often described as a cult classic, was ‘Mandi’ (1983). Roughly translating to ‘a marketplace’, ‘Mandi’ was essentially a satire on politics and prostitution. The film featured Smita Patil, Shabana Azmi and Neena Gupta in crucial roles, with Azmi playing the role of a brothel matriarch. For an actress, who just marked her foray into the world of films, playing a role twice her own age and putting on twice the amount of her weight would necessarily mean deviating from the mainstream towards the unknown, like a bait. But Azmi did it all just for the sake of her character – a step which I regard as revolutionary. And she emerged successful, onscreen she had etched a character that any cinema lover would never be able to forget.

Known for her effervescence and roles in light-hearted comedies, Deepti Naval was indeed the girl-next-door, educated, traditional and delicate, who also exuded a carefree abandon through her infectious smile and easy charm. She was one among us – but never the passive female to quietly adhere to all the whims and fancies of the men. One of my favourite Deepti Naval films is ‘Mirch Masala’ (1987), which also starred Smita Patil. Directed by Ketan Mehta, the movie featured Naval in a meek woman’s character, who appears to be bound by the invisible chain of patriarchy. But, slowly, she evolves in her character and becomes pivotal in leading the womenfolk to revolution. Even though she has limited screen presence in the film and minimal dialogue, her presence is not unnoticeable. And there lies her strength and credibility as an actor – an artist.

Actresses Who Challenged and Subverted The Male-Dominated Film Industry, But Have We Moved On?

The interview in Stardust was revolutionary of sorts – never before had any magazine featured actresses of parallel films on their covers – actresses who dared to do something different and usher a revolution of sorts. It won’t be untoward to say that they laid the foundation of a feminist revolution in “Bollywood”, but was their effort effectively carried ahead by their successors?

The year following the Stardust’s interview was hailed as the year of women, by Naval, while Azmi had claimed that “the angry-young-woman is going to be a very strong possibility in Indian cinema! Patil, however, held a completely different view. In simple words, she let out the harsh reality – “the year of the woman will only start when people stop differentiating between the sexes and see women not as women, but as human beings. Of course, that’s still a far-out dream, an ultimate aim. But I’m happy that things are moving forward.”

But do you think things were moving as swiftly as it was prophesized after the culmination of their “times”? With actresses still now championing the cause of equal pay for men and women in Bollywood, we still think “the year of the woman” is still a “far-out dream.”