[VoxSpace Life] Hasidism : The Birth Of A Religion From A Movement 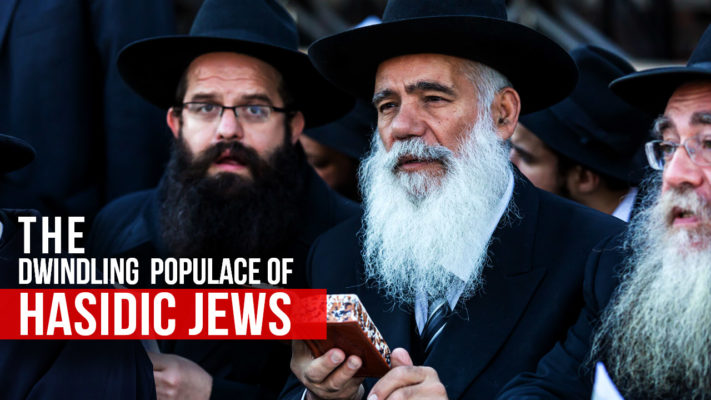 Hasidism or Hasidic Judaism is a lateral extension of Haredi Judaism, which is again a branch of Orthodox Judaism. Hence we can think of Hasidism as a mutated form of Orthodox Judaism. The word Hasidism is derived from the Hebrew word “chesed” which means loving-kindness. And thus Hasidism is roughly translated to “those who do good deed for others”. Hasidic Jews are known for their focus on joyful spiritual aspects of worship, their separated living, and their distinctive dress. Unlike other branches of Judaism which emphasize on rituals, the Hasidic ideology preaches emotions, warmth, and inclusiveness towards God.

The Roots Of Hasidism

The Hasidism movement began in Eastern Europe in the 18th century. It first arose in Ukraine in the interest of Jewish mysticism and as an alternative for those who wished to welcome modernization in contrast to Ultra-Orthodox Jewish believers. The latter went on to be known as mitnagdim, literally meaning opponents.

The founder of Hasidim was Rabbi Israel ben Eliezer (1700-1760) better recognized as Baal Shem Tov, which roughly translates to “master of the good name” and sometimes referred to by the Hebrew acronym Besht. Unlike the prominent rabbis of his era who were renowned for their Talmudic scholarship, Besht worked as a school teacher and a labourer and used to spend a lot of time meditating and wandering in the woods. His leadership and skills as a miracle worker were prominent throughout his life and then etched in the Hasidic lore.

In the 18th century Europe, a time when the Jews were experiencing great persecution, Besht found a way to democratize Judaism. While the Jewish elite looked towards Talmud study, the poor and uneducated masses turned to Besht for relief. It is said that when the movement was at its peak, nearly half of Europe’s Jews were Hasidic. After World War II and the Holocaust, many Hasidic groups migrated to America and Canada. Today Brooklyn and New York act as the headquarters of these groups.

Where Emotion Triumph Over Knowledge

Besht knew the fact that the Orthodox Judaism wasn’t something the poor masses could practice properly. Therefore he led them away from Rabbinism, towards religious mysticism. The movement encouraged the masses to be more emotional and ignore the theoretical, focusing less on the execution of the ritual and more on experiencing them, emphasizing on feeling blissful rather than gaining knowledge. The feelings of one’s prayer became more important than the knowledge of the prayer’s meaning.  Besht didn’t change Judaism, but he did change the approach of the people to a more philosophical one. Despite the harsh opposition of the mitnagdim led by Vilna Gaon of Lithuania, Hasidism flourished.

The Hasidic leaders were called tzadikim, which is Hebrew for “righteous men”. They acted like guides following whom the poor, uneducated masses could lead more Jewish lives. The tzadik were spiritual people who helped their followers feel closer to God by conducting prayers and rituals on their behalf and offered advice on important matters. As time passed by, these tzadikim leaders went on to form their own Hasidic sects.

Hasidic Jews dress distinctively in loose clothing, dark colours, wigs, and hats that say a lot about them as members of the community. In addition to beards, men wear five layers of clothing: undergarments; a long shirt; a white shirt; a waistcoat and a topcoat. They also wear headgear or hats, often made of fur. Women wear long dresses and skirts, usually dark in colour because bright colours are discouraged. Once a woman is married, she covers her head with a hat, scarf, or wig to indicate her marital status. The religious leader, the Rebbe, wears a hat that is taller than everyone else’s, as does his wife. The Rebbe may also add some colour to his clothing, again, to distinguish him from the group. Though black outerwear and white shirts are standard for men and long-sleeved and high-necked clothing are typical for women, several groups have subtly distinct clothing for men identifying them as members of a particular Hasidic sect. Chabad men, for example, wear a black fedora-style hat. In other groups, the men wear a more elaborate fur-trimmed hat called a shtreimel or a spodik. And in some groups, men wear distinctive white stockings.

According to tradition, Jews should not write, erase, tear paper, shop, drive, talk on the phone, turn on a television or anything else using electricity, do laundry, cook, clean, or conduct any business transactions on the Jewish day of prayer. Although these rules appear strict they are not without loopholes. You can turn on the lights before Shabbat starts or use automatic timers, cook your food the day before, and keep the other essential gadgets running from the day before.

In Hasidism, men and women are treated as unequal. For example, at the synagogue, men and women are allocated different rooms to pray in with the men getting the bigger space. And at smaller community prayer centres women are barred entry altogether.  At blessings, however, women just might be able to attend but not always hand in hand with men. Also, at weddings men and women dance on different sides of a partition called a mechitzah.

The Marriage Contract And the Intercourse Manual

Marriage in the Hasidic Jewish tradition is arranged. Boys and girls do often meet each other before actually getting married, however, just to make sure they don’t find each other repulsive. When it’s decided that the two are going to be bound to one another, three things follow. There is an exchange in the form of a ring. Then a formal marriage contract is signed. The contract, or ketubah, enlists the vows that the bride and groom swear before the wedding. The contract is sometimes written by the couple independently and sometimes they include the traditional obligations too. The contract goes both ways. After the contract is signed, the final step in a marital union is sex. Sex is supposed to be a way for the couple to become one, to join together spiritually and physically. Because the husband and wife are virgins, the wedding night can be a nightmare and some couples use manuals prepared for them by the more experienced folk beforehand.

In addition to prohibitions on married couples touching each other, there are rules about touching people in general. Because physical connections are so important and sex is a unifying act, men and women aren’t allowed to touch others outside of their marital relationship. This is called shomer negiаh. The restriction is so because they think that physical contact may encourage sex and that’s something that should only be done between a man and his wife. This, of course, applies to members of the opposite sex only since homosexuality isn’t even an option.

Surviving The Holocaust And Stepping Into The Modern World

During World War II, hundreds of Hasidic sects dotted the Eastern European map, typically in small towns and villages. The Holocaust hit Hasidic sects really hard. Their clothing and other distinctive practices made them easy pickings for the Nazis, and many were reluctant to flee. Those who managed to flee and survived the Holocaust re-established themselves outside of Eastern Europe, primarily in the New York area and in Israel.

There are about 4,00,000 Hasidic Jews in the world today and around 16% of their total population resides in New York.