[VoxSpace Health] The Historical Relevance And Cultural Importance Of Circumcision 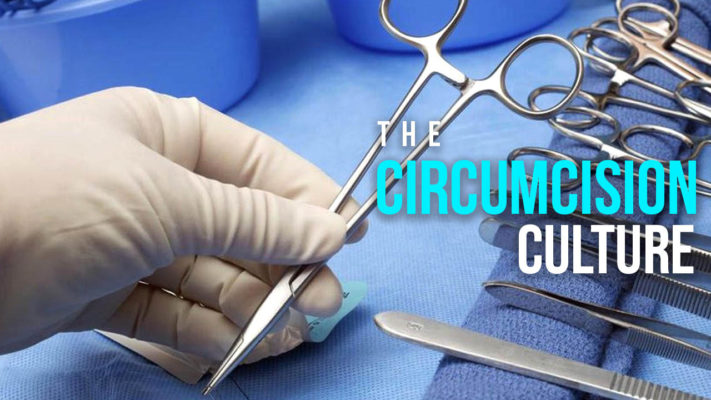 An Origin Shrouded In The Mystery Of Time

How circumcision came to be isn’t yet entirely known. But its anecdotes can be found way back in ancient Egypt. It was a common thing among the Semitic people. It is believed that this practice of removal of the foreskin from the human penis has roots as ancient as the tribes in Africa and is still performed on teenage boys to symbolize their transcendence into adulthood or their transformation into a true warrior.

“The distribution of circumcision and initiation rites throughout Africa, and the frequent resemblance between details of ceremonial procedure in areas thousands of miles apart indicate that the circumcision ritual has an old tradition behind it and in its present form is the result of a long process of development.” Said G Wagner from the International African Institute.

Just like the African tribes circumcise boys during adolescence, other religions have their own version of significance and rules for circumcision too. It is commonly practised by the Jewish and Islamic faiths. A clear majority of the Jews have undergone the procedure as a social obligation. This stems from their Hebrew Bible and the surgery must be performed by a specialist ritual circumciser on the eighth day after the birth. Although circumcision is not a requirement for one to be considered Jewish, some groups say that it will cause negative spiritual consequences if neglected.

Circumcision is also a nearly universal thing amongst the Muslim males. It is a tradition established by Islam’s prophet Muhammad directly and is very important in Islam.

It spread throughout the world and was taken up by countries like the UK, US, Australia, New Zealand and parts of Canada by the 1950s where the infants were circumcised after birth. It was introduced in Korea by the US.

A Debate That Surpassed The Limits Of Time: Is Circumcision Good Or Bad?

How Does Circumcision Affect Your Penis?

There are others who view circumcision as a way of mutilating a God’s given gift by altering it artificially. They protest that by circumcising a penis one is destroying a perfect human body that has been shaped through years of evolution. They also argue that by circumcising an infant, the parents are not taking into consideration the wants of the kid and what he would feel like after he grows up and finds out that he was circumcised without his will. Though many men don’t feel strongly about it, there are people who say that they would have liked a say in the matter.

Its Current Status In India- “It’s A Taboo Child! Don’t Talk About It”

In countries like India, where people are of mixed origins and follow different religions, things can get a bit difficult for people who stand out from the general public a bit too much. There are already many divisions in the society like cultural beliefs, caste, language and other small barriers between people. Circumcision just adds to the list. Majority of Indians are Hindus, and they don’t undergo circumcision. And they expect that others shouldn’t as well. Muslim boys, in general, face a lot of ridicule and are called names in public like ‘katwa’. It wasn’t their choice to be circumcised, so why are the treated as such.

Circumcision also leads to embarrassment during sexual encounters, because this is something girls in India are not used to. It is a worldwide accepted medical procedure, but in India, it is considered a taboo and people find it abnormal. This clearly reflects on the mindset of the Indian society. They don’t like to talk about and find it unnecessary. Body shaming and humiliation are one of the many aspects that Indians need to overcome. In the end, everyone is a human and should be respected and treated as one.