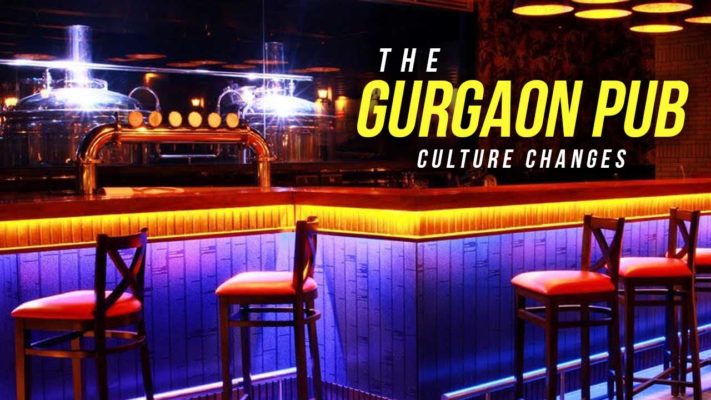 How Long Will Authorities In Gurgaon Pull Theatricalities On Women?

There was a huge row in different sectors when Thomson Reuters labelled India as the most dangerous country for women. Critics questioned the parameters that were taken into consideration, while others rendered it as a conscious act of maligning India. I remember reading a number of opinions on this statement, where one of the critics wrote that the west is clearly failing to look at the problems back at their own homeland, where workplace molestation and white supremacy are rampant. Some quarters called this exceptionally biased and a west’s fantasy because the pleasure they derive out of accusing a third world country and criticising its norms and elements almost in an apathetic, and superior tone.  The declaration by Thomson Reuters was no doubt a blow to the party now in power, which previously promoted the cause of women’s safety in the country as one of its many trump cards, as India was positioned number fourth. Now amidst this, comes almost in a sardonic manner, the decision to shut single women out of pubs and bars after 9 pm in Gurgaon.

9 pm has become the implicit curfew hour for single women in pubs along the stretch of Gurugram’s (Gurgaon) Mehrauli-Gurgaon Road, until and unless they are accompanied by their husbands or other acquaintances. This does not end here, many women are being asked to prove their marriage to the authorities, to confirm that their companions are indeed husbands.

Well, around a year ago the Philippines was striving to ensure that all the children had vacated the streets during their curfew hours (between 10 p.m and 5 p.m.). This was done to keep them at bay from falling victims into the malevolent hands, physical and mental abuse or any other kind of exploitation rampant in the area. One exception to the rule was that they would be allowed only in public places, only if they were being accompanied by a respective guardian. Now, the similarities in both the above two cases are somewhat spooky, if valid in one instance, completely groundless in the other.

Absurdities Of A Decrepit System

Drawing the mythical “lakshman rekha” for women in India is a celebrated way since ages, it has been infused into the collective consciousness of people. Infamous for the violation of this “rekha” and its aftermath remained a favourite metaphor for the staunch patriarchs. The unquestionable power that India has bestowed upon male guardianship is once more apparent by this move and is in sync with assigning women the role of the culprit behind rape and other crimes. Thomson Reuters has reported that at least four cases of rape are registered every hour and if barring women from public places is the adequate measure to prevent the same, it is nothing less than squarely putting the blame on one gender. The decision equals to violence and the authoritative regime in a democratic country, which is a disastrous failure on the part of the law to take stringent action against crime. In India, every 15 minutes a child is molested amounting to 106,958 of such cases registered in 2016 and a total of 2.97 million crimes reported in the same year, which has undoubtedly spiked in 2017.

The report put together by Reuters discusses at length about the blatant and open discrimination against women, cultural practices firmly fastened with gender-biases and malfunctioning of the judiciary.  To elaborate more on this, ministers in power have also regarded that marital rape cannot be termed as “rape” owing to the unquestionable authority that marriage bestows upon male over the female body. Literature and society have in a conjoined manner always pointed out how women and children have been dominated by the social-set up, forever conditioned by absurdities of a system indifferent to gender equality. How can pulling down the shutters at 9 p.m effectively curb domestic violence, trafficking, molestation, inappropriate touching in public, prostitution, and kidnapping? The walls built around by moralists and condescending lawmakers cannot be an answer to this. These measures have only provided a safe haven for the perpetrators of injustice and crime, whose victims are not women alone.  If women are to fight against the crimes inflicted on them by themselves then why are they, time and again, asked to show unnerving commitment to the patriarchal system?

How Efficient Will The Decision Be?

Albeit there is no written statement issued for the order and the pubs are functioning on verbal coding, it has again shown deep-rooted prejudices against women, sadistic pleasure derived from subordinating women. Now in case of human trafficking, the racket is carried on by a number of people and it would be inaccurate to conclude that the team is composed of a homogenous mixture of “single women” if that is the concern of police.

Mall road Gurgaon: A new pick up point of sexworkers

Sex rackets, which have proliferated in the area around which the pub gates are cordoned off for single women, have known to have blossomed in other residential areas as well. Kolkata Police uncovered one such in Salt Lake rescuing six women from the house. The minor girls who were pushed into prostitution were definitely not picked from affluent pubs in the city. In Lohegaon, Pune four men were brought behind bars for running a sex racket, as other countries are engaged in eradicating the practice from its grassroots, like drug dealing, posting security guards, educating children about the consequences, and keeping an eye on “groomers”, Gurgaon’s barring women from pubs could hardly be a solution. The virtual world has a huge role to play as well, in aiding the accomplices who are known for sending minors to well-off “clients”. The law on women’s movements and gestures denotes that authorities are deliberately omitting out other factors like unemployment, lack of education, police inaction, worsening of the financial situation in rural areas among others.

Roots Of The Lattice Lies Deep Over the years, we have seen people affiliated with major political parties in India, intricately involved with sex rackets and human trafficking, for instance, the case of Brajesh Pandey. He is apparently absconding or roaming around as women are being put behind the walls, since no concrete evidence had been found against him, no not just yet.  In India the history of associating women visiting nightclubs as the progenitor of sin and crimes is not new, consider the Kolkata Park Street rape case, where the victim was blamed for visiting a pub in spite of being a single mother of two.

The state has shown a lax attitude when it comes to sexual abuse and human trafficking under the military regime in many places in India. However, the recent directive in Gurgaon is nothing short of sheer parody in the name of authority and police efficiency. We can only hope that more people challenge the sheer ridiculousness of this political system, which has led to fragmentation within the society by creating different laws for socially construed gender identity.