[VoxSpace Life] Tarana Burke : The Harbinger Of The Dawn Of #MeToo 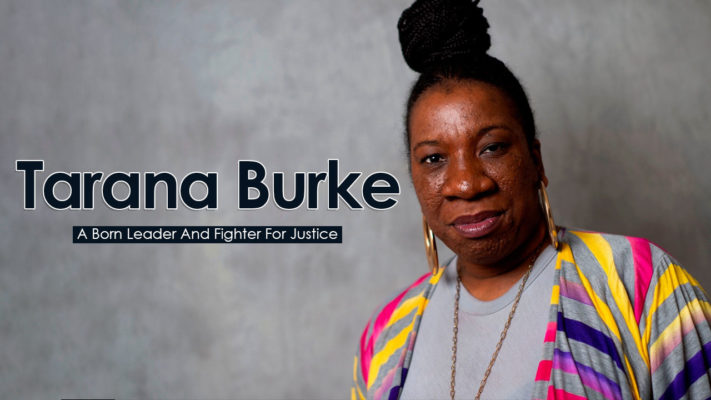 An Empathizing Voice Against Sexual Violence

The worldwide movement, ‘Me Too’, that started to gain importance in 2017 and has recently taken the Indian entertainment industry by storm, has its roots deeply embedded into the works of a woman- Tarana Burke. It was Tarana Burke who founded the ‘Me Too’ movement in 2006, long before the concept went viral in 2017.

Burke’s idea was to lend help to the victims and survivors of sexual assault and violence, especially to help the young victims of colour coming from financially weaker sections of the society, in finding their road to healing and solace. The motivating idea behind this unique initiative of Burke was the empowerment of women through empathy –letting know that no woman is alone in their journey.

In the year 1997, Burke sat opposite a young girl of thirteen and as the girl began expanding on her experiences of sexual abuse, Burke remained at a loss of words. It was in this moment that the idea for the ‘Me Too’ movement took birth in the mind of Burke.

Recalling the experience of listening to the little girl’s painful story, Burke states, “I didn’t have a response or a way to help her at that moment and I couldn’t even say ‘me too’.” She further stated, “It really bothered me, and it sat in my spirit for a long time.”

A feeling of helplessness grasped the mind of Burke and almost ten years later, Burke created a non-profitable organization called ‘Just Be Inc’. The organization aimed at providing support and help to the women who have been sexually abused, assaulted and harassed. Burke had researched, sought and arranged for all the resources that she required for her noble cause and committed her life to be the support, and a part of the healing process for all those unfortunate lives who had been the victims of sexual violence.

However, there was one thing that was missing –a name for her campaign, her movement, her cause. She was looking for something that would not only connect her to the movement and the lives that she had set out to save but a name that would connect women universally, a name that would provide every woman with the comfort that she is not alone in her journey.

So, the universal expression that connects every woman became the name of her movement –‘Me Too’.

A Born Leader And Fighter For Justice

Tarana Burke’s journey as an activist supporting the voices of the unheard began since she was a child. At the age of 14, Burke became associated with an organization known as “The 21st Century Youth Leadership Movement.” It was during this time, in 1989, that she had organized a movement surrounding the ‘Central Park Five Case’ in which five men, all of the colour, were framed wrongly for a crime. She also fought against Donald Trump for an initiative that was led by him to re-establish the death penalty as punishment for teen offenders in New York.

In an interview, Burke had once revealed, “I’ve been fighting against Donald Trump for a long time.” Though Burke has been a part of every fight under the sky for social justice, her main focus has always been to lend an ear to the struggles of women of colour, especially regarding issues surrounding gender and racial equity. A major reason for her placing her focus mainly in this area is that she herself has been the victim of sexual violence at a very young age but could not find the right and enough resources that were necessary for her to heal from the trauma.

In this regard, Burke had once shared her experience, “I went to the local rape crisis centre and knocked on the door and the woman answered, opened it but she didn’t invite me in– an older white woman. And so I said, ‘I’m trying to get information about your services,’ and she said, ‘We only take referrals.’ And I said, ‘Referrals from where?’ And she said, ‘From the police stations’.”

Owing to this experience, Burke realized that it was high time that something had to be done. Burke recalls as she says, “We didn’t have a lot of resources, but my mother was very determined. She had me in all sorts of programs, anything she could put me in, she did.”

In fact, Burke claims that all of these things, the little steps were responsible in changing her life’s course, “The first glimpses of healing, and understanding what had been happening to me as a child, came from the literature that I read.”

Since then, Burke’s work began to concentrate on the creation of a platform for “supporting and amplifying the voices of survivors of sexual abuse, assault and exploitation” through programs like workshops, community organizations and through universal platforms like the social media.

Her Experience With The ‘Me Too’ Campaign

To say the truth, Burke had always been aware of the numbers of survivors of sexual assault and the momentum at which the ‘Me Too’ movement gained popularity just confirmed what she had always known or at least had assumed. In one of her workshops for the ‘Me Too’ campaign, Burke had worked with girls in the high school of Alabama. Handing out a few worksheets, during the end of the workshop, Burke had asked the school girls to write “Me Too” if they felt like they required help. In a small group of around 30 girls, Burke had expected at most five to six numbers of ‘Me Too’. However, to her utter shock, the number turned out to be 20.

Burke’s brainchild, ‘Me Too’, was not born only out of her own traumatic experience or that of the other victims. It was also a result of the comforting awareness that Burke wanted to spread across– that no victim is alone and that there are people who understand them and support them.

That is the whole idea behind Burke’s initiative as she explains, “I knew when you exchange empathy with somebody, there’s an immediate connection you make with a person by saying ‘me too’. That’s what the work is about. It’s about survivors talking to each other.”

In October 2017, Alyssa Milano, an actor, suggested and urged the victims of sexual abuse on Twitter to come forward with their stories using the words “#MeToo” even though she had absolutely no knowledge of the origins or the history of the significance of the words. In a shocking revelation, just within a time frame of a few weeks, the suggested hashtag was found to have been used by more than 12 million people.

Gauging the gravity and the seriousness of the situation Burke exclaimed, “If, in this country, we had an outbreak of some communicable disease that 12 million people got… we would be focused solely on the cure. That’s the difference in how people think about the disease of sexual violence.”

Even though the sudden recognition of her own movement and in fact, her own words caught Burke off guard, she could not help but see this as a chance that she could not lose at any cost.

Evidently, she confirms, “I didn’t think we’d ever see a time when there would be a national conversation about sexual violence.” In an interview to The Telegraph, she had expressed her hopes and aspirations for this moment to be transformed into an enduring movement, “We have to be in a moment of strategy right now. Organizing has to happen. The amplification has happened. The work that needs to happen now is what happens after you said ‘Me Too’.”

While speaking about her future goals for her movement, Burke emphasizes that focus should be placed more on the victims instead of the abusers. In her opinion, the main aim is to “build something that doesn’t exist” –a global and universal community to support and provide guidance to the victims of sexual assault and violence. She not only looks forward to educating and spreading awareness about sexual harassment and violence among people but, also asks for more resources in order to support survivors in overcoming their trauma such that they are capable of communicating and healing. 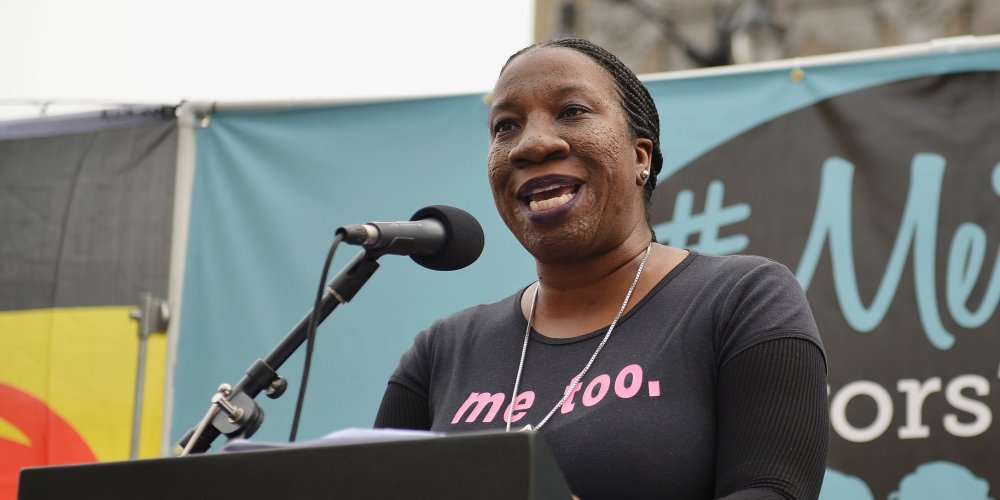 Speaking from a point of privilege, Burke claims that she wants to use her opportunity for the good, as she reminds, “But if it hadn’t come along I would be right here, with my ‘Me Too’ shirt on, doing workshops and going to rape crisis centres… The work is the work.”

This brave heart of a woman, Tarana Burke, has not only changed millions of lives but has led the world towards one of the biggest revolutions in history and it is just the beginning.