[VoxSpace Life] Swipe Left : The Downfall Of Tinder In Hyderabad 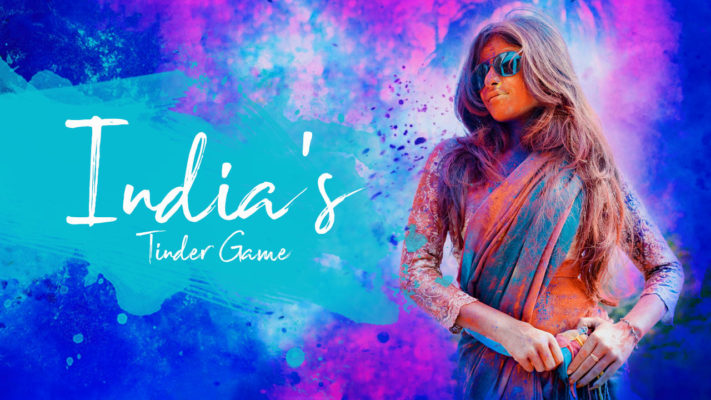 The concept of personal courting is relatively new in a country like India, where the entire social construct is built on marriage. The only way a couple can get physical (officially at the least) is by getting married. Hindu scriptures even give the go-ahead saying that a physical relationship between a couple is solely for procreation and not just for pleasure. Once the honeymoon period is done, the couple gets busy in raising children and their entire world will revolve around family values.  Hence, asking a girl /guy out on a private one-one conversation is an entirely alien concept for many people in India.

Welcome To The Dating World!

However, the western ideology is based on more individual perspective, where the social construct is built on a person’s likes and dislikes.  The idea of going on multiple dates with a person, before the wedding, and proceeding to commit only if they are comfortable, is more of a western ideology. From here, live-in relationships began and the trend of having friends-with-benefits (having sex without any long-term commitment) is also catching up. While this system has the good intention of getting to know the person in a good deal before saying the final yes, there are some shortcomings as well. If either of the partners is too interested while the other has different intentions, the entire idea of getting along goes wasted. Unless two of the partners are on the same page, dating can get cumbersome or even tough to deal with.

One of the latest trend, which is ruling the dating world, is Tinder. Tinder allows a person to see various profiles in the city they live in and ‘match’ with them, and eventually go on a date with them.  Obviously, Tinder made the maximum buzz in Indian metro cities, where some people even met the love of their lives. While some people credit Tinder for bringing them together, there are other people (unfortunately this crowd is more in number) who just try the app to see “what’s going on”.

Tinder has faced much distraught in Hyderabad because of reasons unfathomable at the first look. But when observed deeper into the city’s cultural background and the thought process of the people who sign up for it, many reasons come to the surface.  Coming to the ground functionality of the app, Tinder allows the user to upload their pictures and a short bio about themselves. The matched user can either swipe right (if they like the profile) or swipe left (if they would like to ignore). Instagram integration is also available for the profiles.  Apart from this, there is little idea about who the person is. Tinder falls into the trap of every social media app, which can be easily manipulated by the user to “project” only the good aspects of themselves, and in reality, the story is something very different. This has strange resemblances to older versions of chat rooms such as MIRC chat, but here the chat is done via location and proximity.

Coming to a city like Hyderabad, it is relatively a nascent place as far as global thought or approach towards dating is concerned. Apart from the progressive societies, such as in Madhapur, Jubilee Hills, Gachibowli, which are essentially IT dominated hubs, the remaining city still retains its original Telugu culture, where the courting process is based on a wedding. Most of the youngsters, especially women who were brought up in Hyderabad, would find Tinder to be a bit shocking to the least, for its boldness and for security reasons whatsoever. They would prefer someone known to them in person instead.  While the idea of meeting a random ‘match’ looks exciting for a guy or a girl, the credibility of Tinder is still at stake. The youngsters who are witnessing a paradigm shift from conservatism to western ideologies would obviously get confused on what to follow. Moreover, the person should be crystal clear about what they are looking for from the app.

Interestingly, we have wedding based websites like Bharat Matrimony and Jeevan Saathi, which provide details about the person’s family background, annual salary, job details (the credibility is at stake here too but for some strange reasons people believe them).  It would be shocking to know that some women are looking for Tinder as an opportunity to get married (without dowry), by using dating as a weapon! Has Hyderabad really opened up to such straightforward culture, where a man and woman can casually hookup without worrying about their “social reputation” or fear of being pointed out?  Sadly, in India, a man and woman hooking up is not taken casually. While the guy is hailed a Cassanova, a woman who is open to sexual encounters or is looking forward to meeting a guy personally is seen as a slut. This naturally makes the “good women” stay away from Tinder. That would leave people who are non-locals or are someone who is in for a ‘fun make-out sesh’ or just a ‘meet and forget’ experience.

Is the information in Tinder good enough for Hyderabadis to take the next step and hook up with their ideal partner? Are profile photos the only criteria to judge if a person, whether he/she is correct for them or not?  How many such hookups actually turn out to be fruitful for both the people? – these are the questions which continue to haunt the Tinder analysts, especially in India.

Local Tinder- How About It?

However, metros like Delhi, Bangalore and Mumbai, which are far ahead in terms of openness and influence of western ideologies, are benefiting much from Tinder. But, a city like Hyderabad needs to set aside the older prejudice and look at Tinder with an air of hope to meet interesting single people.  But sadly, it is the individual’s perception towards dating, social living and courting that should change, for bringing up some interesting developments on the Tinder front. Somehow I arrive at a deeper question about this construct itself- is dating done only via physical appearance, looks and vital stats? Or does it also include the overall personality of a person? In that sense- Tinder should be treated like an app which just gives information about the profile, but doesn’t do the entire job of finding the right person ( like how desi matrimony sites promise) for the user.

Maybe Tinder should start building location specific apps which cater to the indigenous audience and thereby improve their business as well (do I see a brilliant regional dating app possibility here?).