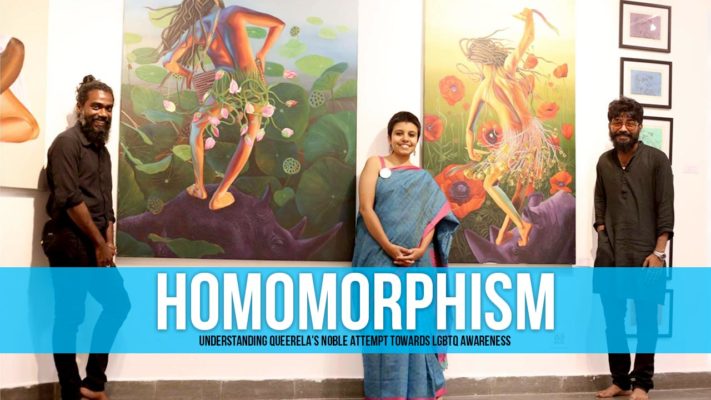 The Union Government thought it would be judicious to leave the criminal aspect of 377 to Supreme Court’s “wisdom” and judgment and it really makes me ponder on the famous lines of Barbara Gittings, a renowned activist for homosexuals and their rights in the society. She opines “What the homosexual wants and here is neither willing to compromise nor morally required to compromise …acceptance of homosexuality as a way of life” and it should be fully on a par with heterosexuality. In 2013, the Supreme Court intervened and criminalized the act of consensual sex between same gender, a law which was primarily established in 1860, during the heyday of British Raj, terming it as “unnatural”. While they themselves have managed to do away with such stubborn orthodox ideas incompatible with modern times, India has failed to liberate itself from the shackles. Albeit efforts have been made a number of times to render 377 bereft of the stigma of being “unnatural”, results have not been in favour of LGBT people. In Kerala, a handful of people felt the urgency to use art as a medium for the purpose of giving articulation to gay rights and issues. Homomorphism-II is the name of the exhibition that would showcase the work of seven artists starting from 14th July to 21st July.

The exhibition hopes to unite the organisations and groups like “ Voices Against 377” and Sangama working for the cause of homosexuality and systematically organizing activities and protest marches. Demonstration of homosexuality although has found expression and space on city walls and within the periphery of university campuses, it has been a long time since a public exhibition had been unfurled. Previously a number of artists have been assaulted for dealing with the theme of homosexuality, their works destroyed and shredded to pieces, a blow on the face of democracy. Kerala History Museum situated in Kochi has been selected as the venue for the exhibition. The timing of this event could not have been more perfect since now the courts have decided to give 377 another round of consideration.

The first phase of Homomorphism, arranged by Queerala was also held in Kochi, three years ago in 2015. Queerala had previously spearheaded many initiatives like “Free and Equal” with the aim of cleansing homosexuality of its taboo.  People who are bound to suppress their sexual preferences and identity were finally given a platform to discuss the issues of homosexuality and consensual sex between adults, juxtaposed with the political climate in the country. Exhibition holds some consequences in society, both to artists and common people, due to a number of factors, for instance, consider the liberty of ostentatiously exhibiting art with its diversity, free from restraints. The artists generally come from diverse geopolitical regions, which gives the art a different flavour- the so-called “stigmas” on display beaming with bright colours. The exhibits are responsible to explore the intricacies and dynamics of homosexuality, striving to wash away taboos and aberrations that are still associated with homosexuality. The paintings are rich in symbols and strive to bring to the forefront subtle nuances of homosexuality with the flamboyant usage of colours.

The Face Behind The Purpose

Jijo Kuriakose, founder of Queerala,  who plays a fundamental part in arranging for the exhibition is both an artist and outright speaker of LGBTQ community. He deems the exhibition as an essential part, which will slowly change society’s perception of the homosexual relationship. One of the most commonly held beliefs is that gay relationships can only be found in upper-middle-class lifestyle, a choice, rather than something blooming out as naturally as a heterosexual relationship. One of the main purposes of the Homomorphism is to shatter such notions that people generally hold. It would additionally provide with mental support to the community. The sheer fact that a life-like depiction of homosexual relationships is rather rare in visual art is rather astounding and, Kuriakose is confident that such initiatives would provide a common platform for LGBTQ people and activists. It would mainly become a voice for those people who are yet to enjoy the privileges of the internet, online activism, and international conferences pertinent to the issue. Artists are hereby given the wonderful opportunity to channelize the claustrophobia that the Supreme Court has imposed by criminalizing homosexuality.

If you have seen the movie Aligarh, you would know how this claustrophobia lingers on even long after the film ends. The feeling of walls closing in around the person as he realizes the unquestionable authority and power that state has in deciding sexual preferences and choices of two consenting adults. Jijo Kuriakose would also contribute to the exhibition like he has done the previous time, after completion of which many people reached out and supported the show.

What It Aims To Achieve?

The artists’ realistic approach to the deliberately complicated issue of homosexuality can also provide people with the opportunity to discuss how they came to know about their sexual orientation and simultaneously felt the necessity to suppress it. How people were deprived of their basic dignity and respect due to their choices and were forced to view it as a malady, a disease that can be cured with treatment, pushing them to self-destructive activities. These beliefs are again fostered by 377 of IPC, that is still in practice constantly pushing them to the margins. If you glance through the official page of Queerala, you would find how they have striven to eliminate art from parochial thinking and made the effort to delve deeper into the experiences and fantasies of gay people. The paintings are also available for purchasing.

Major LGBTQ activists have always asked people to talk about their experience, it is perhaps a difficult scenario for those sufferers who are burdened by family, money or the lack of it. Kerala, when compared to other Indian states, enjoys better and improved conditions for living with a brilliant Human Development Indices along with high literacy rate. Homomorphism II will help a number of people, flocking to see the amazing work on display to erase whatever social construct dictates them to follow.

Akhil Katyal, a poet writing on homosexual relationships pens down beautifully “I want to 377 you like a star falling off the brown…”. Sadly enough LGBTQ literature and stories are hardly accommodated within academic scope, and students never come across names like Suniti Namjoshi, or Vijay Tendulkar’s Ek Mitrachi Goshta. However, some works are managing to reach out to the readers, like Rahul Mehta’s ‘Quarantine’, though very few would be allowed to become a part of academia. Some of the best-known works do not solely deal with homosexual relationship, but issues radiating out of it like branches, like homophobia, multiculturalism, psychological distortion, LGBT immigration and their dilemmas and the role of ‘class’.

Famous activists including Gittings have believed that they are deliberately being marginalized and so are their literary works. As an editor of The Ladder, the first lesbian magazine, she had an idea about the politicization behind such acts. Her opinions had her expelled from the  position of an editor but however, decades have passed and we would want more Homomorphism exhibitions to prosper and blossom wherever it is needed the most. As the Supreme Court is almost on the verge of decriminalising 377 (on a positive note) all the best to the team of Homomorphism II so that they can harbour the courage to continue with this. year after year. In India, transgender rights have lived to see a silver lining and we can hope that it is only about time that homosexuality will be given its own space in society.