[VoxSpace Life] Adultery Law : Why Section 497 Of The IPC Remains A Blot On The Judicial System 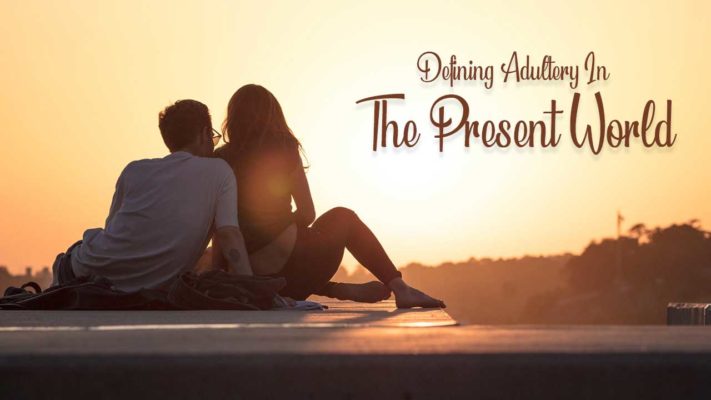 Contemporary Times Lead To Rapid Changes In The Society

Over the years, feminism has seen a dramatic rise all around the globe. Massive campaigns have been started to raise awareness and bring forth changes in the way women are perceived and treated in society and at homes.

Fights to bring about equal wages, equal opportunities, better representation, etc have all been witnessed. These not only lead to many changes in the society but also made feminism a table time topic.

In such times of metamorphosis of the mentality of the denizens of the world, the meaning of feminism has been forgotten. One must look it up to actually realize that feminism is a phenomenon to bring about equality between men and women and to reduce the gap in gender discrimination.

As new laws have been implemented to bring about equality, the Indian Judicial System may not be a proud member of this radical change, especially with its adultery law.

What Is Section 497 Of The Indian Penal Code?

The law was introduced by Lord Macaulay, a century and a half ago when India had not yet attained its independence. Now, India as a constitution may have attained its freedom but not its women, who still exist in an oscillating patriarchal society.

If a person is found guilty under this law, he has entailed a punishment of up to five years of prison time or with a fine or with both. Here is the twist. In such cases of adultery, the wife shall not be punished as a cohort.

Under further scrutiny, we can simplify this law to be said that, only a man who has consensual sexual intercourse with the spouse of another man without his consent can be punished under Section 497.

The Sexist Angle Behind The Adultery Law

One must understand that the law is sexist toward men and that women are not prosecuted under the same law. Adultery law is considered the most sexist of laws in the Indian Penal Code. It can also be noted that this is the least sexist of things.

One must dissect this law to understand every single nuance which indirectly is veiled thickly with sexism.

The law states that if the husband provides consent to another man to have a consensual sexual relationship with his wife, then it is not considered as adultery. One should note that according to this women are some sort of property of men and are limited to not having their own identity.

This can be compared to that of theft or robbery. Loosely, theft can be defined as the illegal ownage of property that has been taken without the owner’s consent. In the following case, theft is limited to the loss of an object or an asset. However, when the context of adultery is brought up, a comparison can be drawn between women and objects, from the perspective that both belong to men. Hence, the sexism. This law reaches the peak of sexism with its lack of provision against men who have a consensual sexual relationship with unmarried women or widows.

Men who belong to the above category are not prosecuted in the above law. It’s almost as if they are free to cheat on their wives with an unmarried woman or a widow, who are apparently, not any man’s property.

With such blatant sexism bleeding from the IPC, the law has been questioned many times, the recent being a few weeks ago. The supreme court has stated that the present adultery law treats women as “chattel”.

The Beginning Of The Change

Advocate Kaleeswaram Raj, appearing for the petitioner Joseph Shine, an Indian living in Italy, has scrutinized Section 497 of the IPC and has found many cracks in its appearance. The law in itself tends to treat women and men differently, he pointed out.

The lawyer also stands firm on his feet when he stated that he is not questioning the adultery law in itself as a method for seeking divorce for estranged couples.

The bench referred to the sanctity of marriage being compromised but also pointed out many inconsistencies in the law as a whole. The law fails to be gender neutral and does not uphold the equality of men and women.

Section 497, he said, is indirectly discriminatory of women as it brings to light that men need the “protection” of women. The fine line is blurred as most people tend to see that women need the protection of men and are considered to be their chattel. The patriarchal aspect of the law has not ceased to exist.

A woman cannot file a complaint against her husband if he enters into a form of consensual sexual relationship with the wife of another man, who has provided him with his consent. This is a clear discrimination as it impinged the sexual freedom of women and their equal say in terms of promiscuity and adultery.

The jurisprudence behind the adultery law is not only to uphold the sanctity of marriage and the bodily integrity of a woman’s body but also to protect a man’s control over a women’s sexuality and the fundamentals of the Hindu way of life of preserving women, land and cattle.

As talks over this law escalated, a five-judge Constitution bench was set up headed by Chief Justice Dipak Misra. This bench drew the difference between adultery being a civil wrong rather than a criminal offence.

The apex court has stated that “As far as criminalization or decriminalization of adultery as an offence is concerned, it is in one compartment. Adultery cannot cease to be a ground for seeking divorce by an estranged couple in a court of law.”

As arguments continue in the Supreme court, the next one dated 7th August 2018, we may encounter yet another instance of open sexism from the Indian Penal Code again. The laws are not quite in favour of women and we can only hope that the newly established five-member bench is going to help neutralize gender inequality and help reduce sexism in the nation.