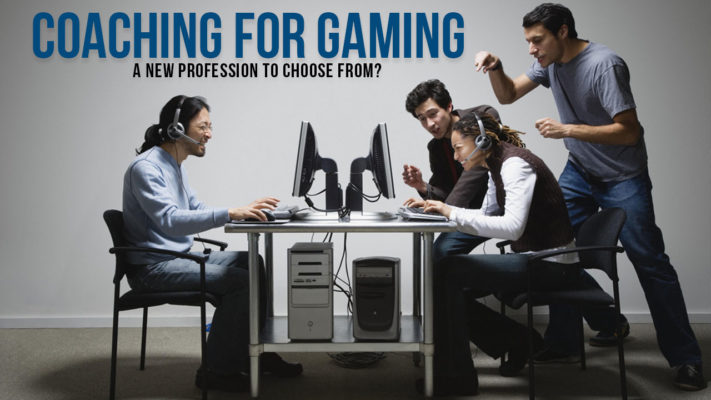 One of the biggest gaming crazes of recent times has been a popular online survival game, Fortnite. The premise of the game is simple. One hundred players are dropped off onto an island loaded with weapons, and the last person standing wins the match. Sounds simple, right?

This simple premise is taking over the gaming world, with even major names like Call of Duty and Battlefield offering their own takes on the “Battle Royale” mode.

But amidst all of this, there is an interesting trend which is popping up, something anyone would be shocked at.

Parents are hiring private tutors to ensure their kids get better at Fortnite. In the United States, parents are paying anywhere from $20 an hour to $50 for four hours a day to ensure their children get better at this popular survival shooting game. This is no meagre sum of money, but a huge investment in something that other people would consider better invested in other things.

But this begs the question, why? All too often, gaming is often unfairly correlated with poor academic performance, lack of attention span, rebellious attitudes, and more, all of which parents are usually keen to avoid with their kids.

But what’s new this time? Are we finally coming to an age where parents are understanding games aren’t all that bad? Or is there something more to it than that?

Streaming games are something which seems counterintuitive. Why would you stream games when you can play them? But the reality is far different. Game streaming is big business, and there are professional game streamers who earn millions of dollars a year playing video games and letting others watch them play those games, through platforms like Twitch. One single subscriber earns them around $3.00, and if you can make it to the big leagues, there are thousands of subscribers ready to pay to watch your game.

Thousands of subscribers to watch a person stream a game sounds ridiculous. But it does make sense. Most people are ready to pay for tickets to watch their favourite sports teams play at a stadium. People are ready to pay to watch a stream of those sports teams playing a match they’re excited about. So, why should it be any different for gaming? The same logic applied to sports can be extrapolated here as well.

With potentially millions of dollars on the line, it’s not surprising to see parents wanting to see their kids become better gamers, at least until they can thoroughly cash in on the craze on the latest video game. Think of it as the stock market. People want to get in while it’s hot and cash out before it cools down. Only this time, it’s gaming and not company stocks.

Streaming isn’t the only reason why parents are hiring tutors. For some others, it’s a promise of a future. Over the last decade, there’s been an explosion when it comes to gaming being accepted as a legitimate hobby which people can enjoy without being termed as geeks or nerds. Along with that acceptance also comes e-sports, a branch of sports which are played entirely on the computer. Popular games like DotA 2, League of Legends, Overwatch, and of course, Fortnite, are all making their entry into e-sports, and being very good at the game is a way to get a scholarship for a college education.

When there’s a sizeable scholarship on the line, it’s natural that parents want to capitalize on it to ensure their kids are qualified to get those scholarships.

It’s no longer a time where people play games as a source of enjoyment. Nowadays, there’s a couple of ways to make money off of playing games. One of those ways is the aforementioned e-sports. Competitive tournaments are popping up everywhere, with huge prize pools and international sponsors to run these events. Gamers from all over the world come together to try their hand at winning these enormous prizes.

Although it might not seem like a great opportunity to us Indians, other countries are quick to embrace this trend. Parents are providing coaching at games like Fortnite and Overwatch to ensure their children have the best shot at becoming professionals, just like you would provide coaching for children to become better at cricket or football.

But there is another reason, one a lot simpler and reflective of the attitude modern-age parents have towards gaming.

#4. Parents Want Their Kids To Have Fun

Gone are the days when gaming was considered a waste of time. Modern parents are embracing gaming as a fully legitimate hobby and pastime. And to ensure their children are enjoying the game to their fullest, parents are ready to shell out lots of money for coaching to allow the kids to get better at the game.

It’s a trend which is a reflection of the progressive mindset of the parents of today. For these parents, gaming doesn’t necessarily need to encourage physical exercise. They understand you can enjoy yourself through a non-physical game. This change in mindset is in stark contrast to our own parents, who believed games were an unproductive pastime.

So, What Should We Learn from This?

In the end, I personally believe game coaching is a trend which will persist for a long time to come. Whether it’s to ensure children are better at the game for e-sports, to win at professional tournaments, to be more popular streamers, or to let them enjoy the game to the maximum, game coaching is just another facet to gaming which we’ll undoubtedly come to accept as normal over time.

But I also believe there is a key takeaway from this. Not all streamers make money. Only those who have something unique to offer on their channel will be able to draw in subscribers. Not all people can become professional gamers, not everyone will be able to secure a gaming scholarship at the college of their choice, and not every child will want to have coached for their game, and might just want to enjoy games for the pure sake of playing. All of these factors should be respected and understood. Without it, the act of coaching a child in a video game might turn out to be more counterproductive than inspiring.