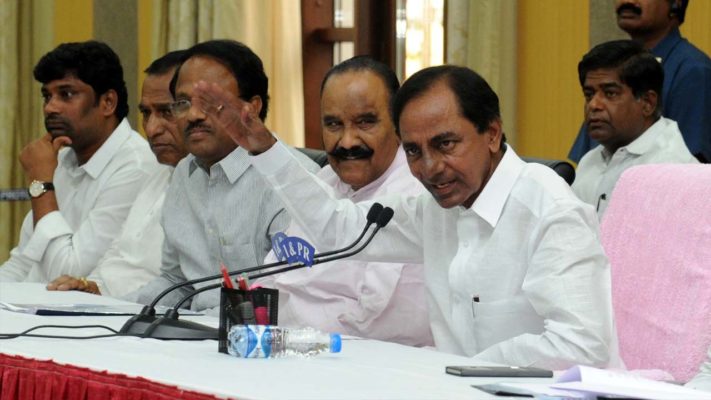 The State Governor of Telangana, on 6th September 2018, ruled in favour of the dissolution of the Legislative Assembly that was recommended earlier this week by the Telangana Government. The governor accepted the recommendation but asked the Chief Minister and Council of Ministers to continue as a caretaker government.  The dissolution was anticipated after the “Pragati Nivedana Sabha” held on Sunday before which the Chief Minister of Telangana, K Chandrasekhar Rao communicated that he had been granted permission by the Governor to decide on the matter of the dissolution of the Assembly.

He had also promised to let the public know his decision as soon as possible and this is one of those rare times that a politician has kept his word.  The decision to dissolve the Government was revealed on Thursday after a meeting of the Cabinet chaired by Chief Minister. The party, TRS announced 105 candidates for the next elections. Congress was not far behind and soon announced its election manifesto.

The C.M. of Telangana has, on various occasions, expressed his discontent with the Indian National Congress, even though Telangana was carved out of Andhra Pradesh during the Congress rule.  Mr Rao, even on this occasion, reiterates the charge that the Congress is the first enemy of Telangana.

“Telangana could be achieved through sustained struggle, not because of the benevolence of the government or party. The Congress rule was marked by corruption with officials going to jails and projects kept pending perennially,”  he said.

He upheld his view that Telangana would not be enslaved to the parties at the Centre and rule itself with dignity and respect following Tamil Nadu’s model. KCR is supposedly against holding the Assembly elections with the Lok Sabha elections that are to be held next year around April – May next year. “While the outcome of the Assembly elections would depend mostly on the performance of the State Government, multiple factors would play a role in the Lok Sabha elections,” said Boinapply Vinod Kumar, TRS’s politburo member and deputy floor leader in Lok Sabha.

Telangana Pradesh Congress Committee(TPCC) president N. Uttam Kumar Reddy, after the meeting, briefed the media about the Congress Party election manifesto and followed it up by saying that the upcoming elections aren’t Congress vs TRS but rather TRS vs Telangana people. Should the Congress be voted to power, the TRS government’s Rhytu Bandhu and double bedroom home schemes will continue. The Congress election Manifesto mentions various benefits including, but not limited to, the free power supply to Dalits and Tribals for up to 200 units per month. This was in response to KCR’s promise of free power supply to SCs and STs up to 101 units per month.