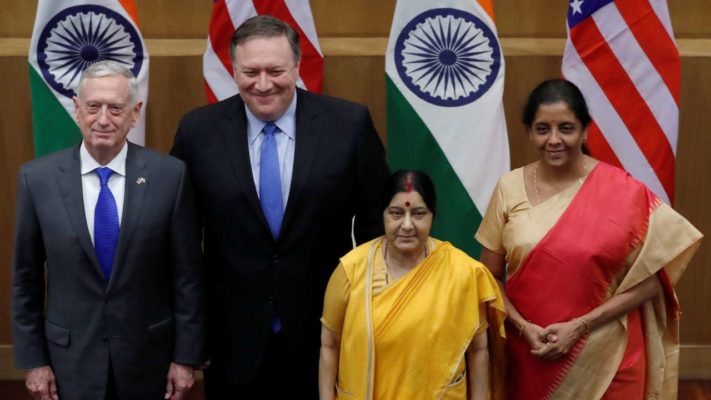 In a first high-level meet of its kind, Foreign Minister Sushma Swaraj and Defence Minister Nirmala Sitharaman are holding talks with their American counterparts. Mike Pompeo and Jim Mattis are in the National capital to be a part of the India-US 2+2 meet being held at the Jawaharlal Nehru Bhawan. Chairman of the US Joint Chiefs of Staff General Joseph Dunford is also part of the delegation sent by the US. This is the highest level of meetings after the summit meetings between the American President and Indian Prime Minister.

First the US Secretary of State, Mike Pompeo met with his Indian counterpart, Sushma Swaraj and the US Secretary of Defence, Jim Mattis met with Nirmala Sitharaman separately, before engaging in India-US 2+2 talks. On Thursday, India and the US signed the Communications Comparability and Security Agreement (COMCASA). This enables transfer of communication security equipment from the US to India, that will ensure “interoperability” between their forces and even with other military agencies that use US-origin systems for secured data links.

A joint statement was released in the India-US meet. The statement read “They welcomed the signing of the Communications Comparability and Security Agreement (COMCASA) that will facilitate easy access to advance defence systems and enable India to optimally utilize its existing US – origin platforms.” This is part of the three military agreements that the US considers “foundational for a working and successful military relationship. In August 2016, India had already signed the Logistics Exchange Memorandum of Agreement (LEMOA), which entails that either country can replenish the military from the other’s source. Negotiations on the third agreement called the ‘Basic Exchange and Cooperation for Geo-Spatial Cooperation’ have not yet begun.

The two parties in the meeting also agreed to establish a secure line of contact with each other, to help maintain a regular high – level communication on emerging developments. Some agreements for Naval cooperation would also be reached in the future. In the meeting, the ministers committed to starting exchanges between the US Naval Forces Central Command (NAVCENT) and the Indian Navy, underscoring the importance of deepening their maritime cooperation in the western Indian Ocean. Matiss emphasised that India was a key country in making the Indo – Pacific “safe and secure”. 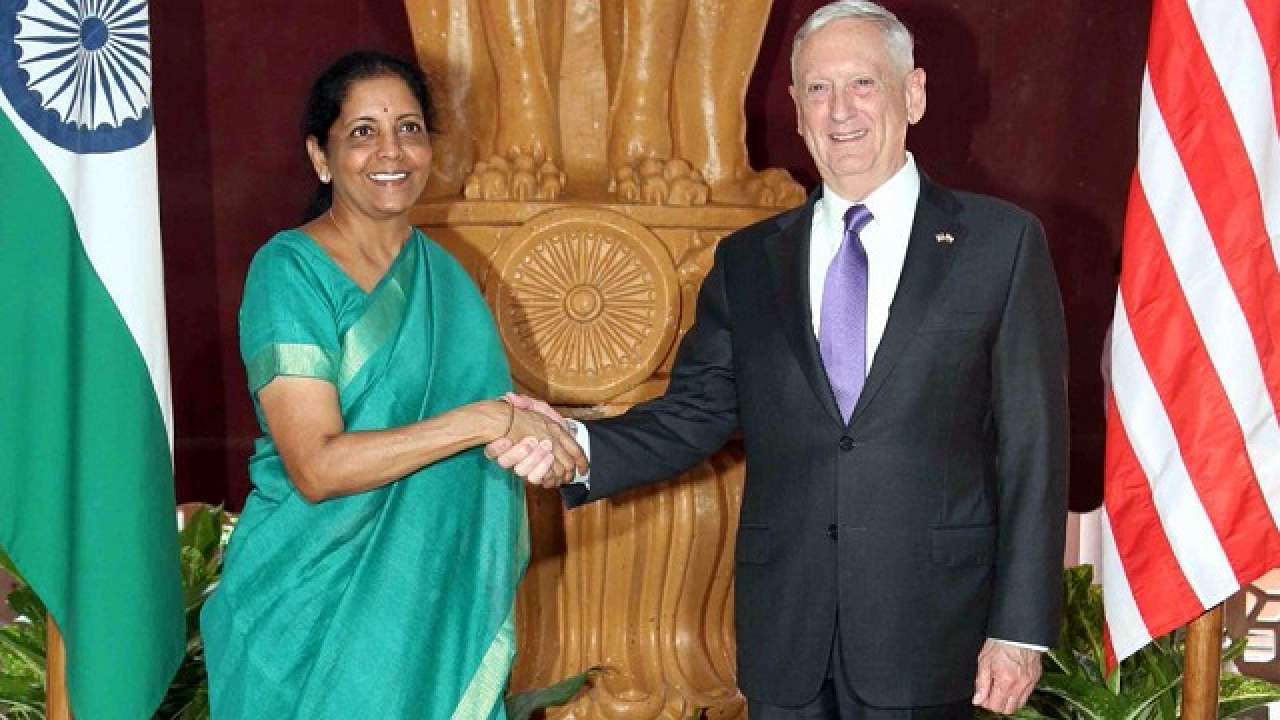 India was welcomed into the top tier of countries entitled to license-free exports, re-exports and transfers under License Exception Strategic Trade Authorization (STA – 1).

Issues about granting US visas to Indians was also on the agenda. “I conveyed our expectation for a non – discriminatory and predictable approach to the H1B visa regime, given its high impact on innovation, competitiveness and people to people partnership,” said Swaraj. She was also appreciative of President Trump’s South Asia Policy and his demand from Pakistan to punish the preparators of various across –  the – border attacks.

We have to wait and see what the impact of so many India-US cooperative strategies and agreements will be.