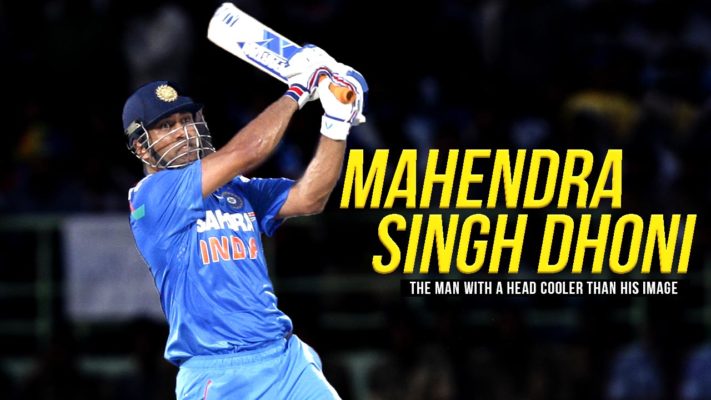 If finishing is an art, then Mahendra Singh Dhoni is the Picasso of it. Former Indian Captain MS Dhoni has brought a revolution not only in the Indian Cricket Team but in World cricket as well. A great leader, a fearless batsman, lighting quick wicketkeeper and a natural athlete, MSD has redefined the Indian Cricket Team and has laid a path and a pattern to follow for years to come.

The skill set he possesses is just unmatchable and unique. He has the potential to change a match completely. And he has shown and proven that time and again, with many achievements to his name. But for now, I will be talking about only one aspect of his varied skills- his batting. Let’s dig deeper, just like he does in a match, into his unique batting skills.

Dhoni has a very unorthodox style of batting. He is not one of your technically equipped, academically well versed elegant batsman. But what he has is something that helps every one of us in general to grow – Adaptability. He has figured out the mantra that works perfectly every time. Although his batting is unconventional and unorthodox, he makes it look so easy, simple and yet so effective. He is so good in adapting according to the pitch conditions, match situations or the team requirements while batting.

He has an inbuilt gift- the ability to read and understand any situation in a match very well. He is so good with it, that now it has become a habit and comes naturally to him. He has always followed his instincts, which has now become his signature style. The intent with which he comes to bat, him being high on confidence and intimidating at times (almost always), adds extra pressure on the opposition most of the times.

The Adaption And The Execution

Dhoni knows very well when to accelerate and when to play the waiting game and over the years he has moulded his batting accordingly.

But, there are times when Dhoni struggled to accelerate and smash when required. It can be due to bowlers planning and strategizing well against him, the changing cricket rules and regulations or his growing age.

But he has always reworked and remodelled by making small tweaks to his batting and has come back strongly. And obviously, the huge amount of invaluable experience he has got over the years adds to the adaptability factor and makes it easier for him.

He has become so good with it, that the shift in the batting gears is smooth and easy for him. And he succeeds in getting the result he has targeted almost every time.

Dhoni is a very big risk taker. He never shies away from taking risks and that is something which has helped him to become the legendary player that he is today. It can be any aspect of the game, be it captaining, batting or wicket keeping; he takes risks when required and most of the times it pays off. His understanding of situations is so amazing that he starts planning the next course of action beforehand. And that gives him that extra amount of time to execute it in the most effective manner.

Along with risks, pressure is something that he just absorbs. Doesn’t matter how tense the situation is, he is always calm and composed (Captain Cool) and tries to keep things simple. This is how he has operated over the years, which have shown great results.

And Dhoni Finishes Off In Style

Almost every time Dhoni bats, he tries to take the match till the last (when required) as there is always a lot of pressure when the match is about to end- that is something which he uses as his strength. He believes in his strengths, backs it and then delivers.

For example, during one of the highest points of his career, the World Cup 2011, he decided to bat at number four, ahead of the in-form batsman Yuvraj Singh. Despite not being in a good nick throughout the tournament, he took that risk and backed it with his skills.

That looked like an out of box decision for everyone but he read the situation and saw this decision as the most effective solution. Obviously, the stakes were high and the pressure huge, but that was Dhoni’s forte and eventually, as we all know, that move paid off.

So, in conclusion, I just want to say one thing. Mahendra Singh Dhoni has redefined the game in every aspect and has done so boldly. And that’s what makes him one of the legends.

All the best MSD and keep hitting the balls out of the stadium. Cheers!