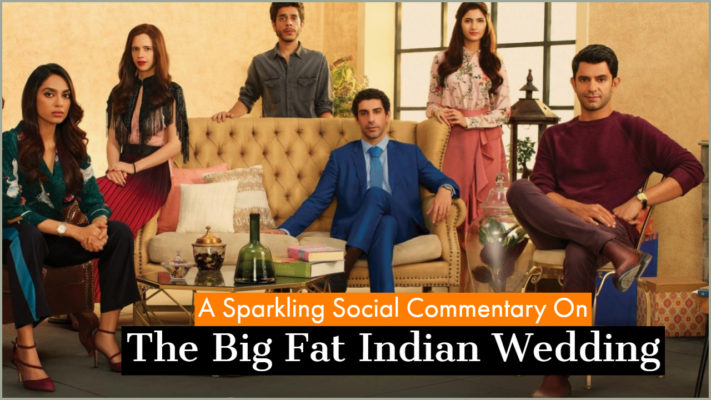 It has only been some time since Amazon Prime launched its latest web series Made in Heaven and one can already see it reaching for the clouds. Made in Heaven is an original series in English (well, for the most part of it) that made its way into the platform on 8th March. The creation of the narrative of the series has been brought about by Zoya Akhtar with Reema Kagti as her co-creator. The Amazon Prime original series has had a privileged couch of directors with Zoya Akhtar, Alankrita Shrivastava, Prashant Nair and Nitya Mehra delivering an outstanding job in directing the series since its onset.

The backdrop for Made in Heaven is the extravaganza of Indian weddings, especially the North Indian ones. Right on the surface, the series discusses the evolving relationships one encounters in an Indian wedding and the conveniently easy rescue missions undertaken to prevent one from entering into marriages, that would eventually turn into disasters. However, leaving it at that would have been too mainstream and Zoya Akhtar is not the one to go that way.

On delving deeper, each wedding is a brief commentary on the revelations that a wedding-obsessed India hides behind the sparkly shenanigans. For instance, while the series focuses on the issues of the dowry-deals done in secrecy, it does not shy away from holding up the merciless disparagement that a woman over fifty faces for desiring a second chance at married life.

Matches Are Made On Earth

Not all of us are as privileged as the brides and the grooms of Made in Heaven. Blessed with wedding planners, who not only make weddings look simple and easy (keeping aside the expensive factor), but also go an extra mile to redeem their clients from any kind of emotional setbacks. Admittedly, one cannot help but derive fun out of the dysfunctional events that occur throughout the nine episodes of the series. From the very idea that marriages are in fact not made in heaven (thank god someone pointed that out). But instead, have the potential to land someone in the devil’s paradise. One such unfortunate soul, trapped in the hell called marriage, is the wedding planner, Tara Khanna (Sobhita Dhulipala). 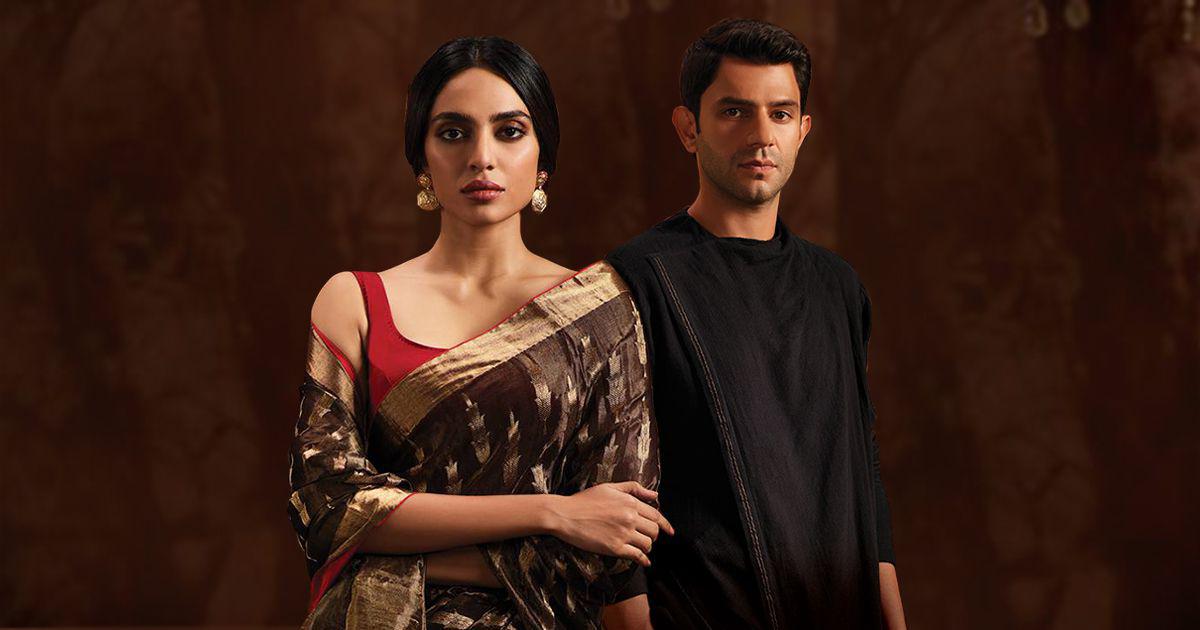 Tara Khanna is an ambitious entrepreneur and wife of Adil Khanna (Jim Sarbh), an industrial businessman. Karan Mehra (Arjun Mathur) is a young man who has had a bad run in the business industry and is Tara’s partner in their joint ownership of a wedding planning start-up, called Made in Heaven.

Karan and Tara’s start-up is levelling up the competition in the wedding business and is turning the tables on their biggest contenders. The selection of New Delhi as a setting for the series provides a genuine understanding of the idiosyncratic and the complicated undertones of the social and wedding scenario of the country.

Some Social Commentary And A Lot Of Drama

At one point of the series, putting aside all the fun and frolic of Indian weddings, the videographer, Kabir (Shashank Arora) speaks up, “They say marriages are made in heaven, but on the ground, the reality is slightly different.” Ironically enough, the ones burdened with the task of creating magic on supposedly one of the most important days of two lives –the wedding planners –lead a life that is full of agitation and disorder.

However, despite just being event managers, the wedding planners of Made in Heaven go out of their way to function as counsellors, troubleshooters, crisis managers, and shockingly enough the conscience of their clients. Both Zoya Akhtar and Reema Kagti did a decent job in peeling back layer after layer of reality, obscured behind the show of a happy and lush Indian wedding.

Not just that, they invade the private spaces and the private lives that go on indiscreet, beyond closed doors and curtains. Lies and secrets stand out bare and exposed and even then, nothing can obstruct the path of a match that is predestined or may be forcefully destined –not even if it calls for surrendering oneself to irrational superstitions and traditions or catering to odd demands. 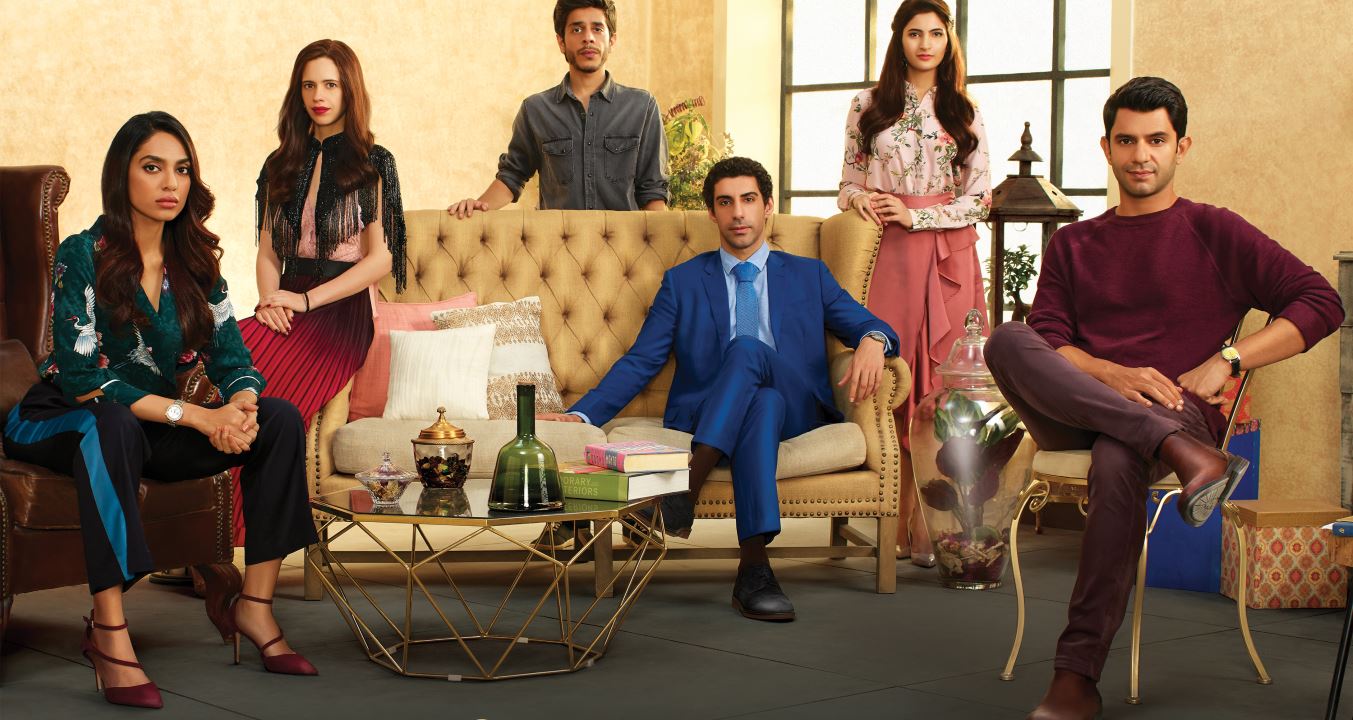 Each of the nine episodes features a horde of talented guest actors including Neena Gupta, Pulkit Samrat, Vikrant Massey, Shweta Tripathi, Rasika Duggal, Manvi Gagroo, Dipti Naval –and each of these episodes is unique. Each of them revolves around a unique wedding story and investigates some social taboo, custom, prejudice, and illegal or unfair practice.

Keeping aside the chaos naturally to be expected at a wedding, Karan and Tara’s lives are equally and probably even a tad bit more drowned in drama. The central plot is obviously that of the lives of Karan and Tara and their wounded pasts and how these pasts filled with mistakes have shaped their relationships and ambitions. On one hand, Tara’s marriage is falling apart, with her husband cheating on her with her best friend (Kalki Koechlin).

On the other hand, Karan leads the life of a closeted homosexual man. Karan’s sleepless nights yearns for him to come out of the closet, with financial and emotional storms hanging over his head. While Tara’s previously middle-class life had forced her to enter into a frustrating marriage, Karan’s life finds itself devoid of validation and mental peace. Perhaps, what keeps this duo going despite their lives crumbling down is that they strive to seek solace in redeeming the lives of their clients. Honestly, the amount of involvement they have in their clients’ lives is not only incomprehensible but also (sometimes) frightening.

What To Expect And What To Look Out For

Usually, whenever there is a group of co-directors involved, the one thing to expect is a variation in the tones and textures of each episode. While Zoya Akhtar, Alankrita Shrivastava and Prashant Nair each direct two episodes, Nitya Mehra directs three. However, although Made in Heaven has quite a solid start, the episodes in the middle do tone down a little before escalating to an end that is both sensitive and emotional.

Furthermore, at one point, it almost feels like an afterthought to address massive issues from the later part of 2018- the #MeToo movement and the crossing down of Section 377 of the Indian Penal Code. What holds the whole series together as one bold discussion on contemporary issues related to marriage, sexuality and parenting are the script and performances. While the script challenges the stereotypes associated with men (equally) exploited by the patriarchy, it also pushes the boundaries for an open and bold discussion on homosexuality such that, it is capable of moving the audience to the verge of tears. 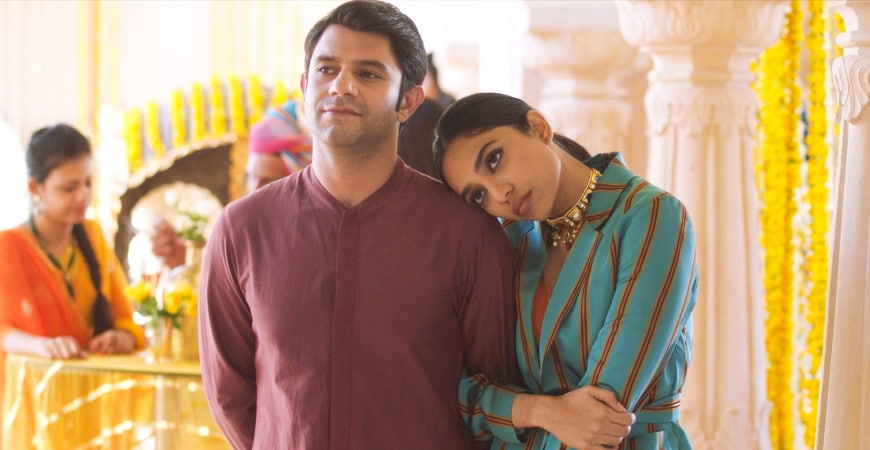 Arjun Mathur does an excellent job in gradually guiding us through the complexities and the repressed life of Karan. Sobhita Dhulipala plays with the shadows of her character, keeping intact a greyish halo around it. Although she maintains Tara’s stoic nature for a bit too long, she very well backs it up by presenting a rational reason to her reserve. The screenplay emits expertise in the way it deals with the transitions from the past to the present. The costumes, the music and the art direction carefully merge merry feelings with cold and vacant spaces of loneliness.

Made in Heaven unfurls slow and steady while employing the motif of Indian weddings or weddings in general, to expose the hushed undertones of mistrust, superstition, deceit, dreams, desires, extravagance, indulgence, music, dance, privacy, dignity, choice and, more than anything else, freedom.