[VoxSpace Selects] Character Analysis Of Michael Scott From ‘The Office’ 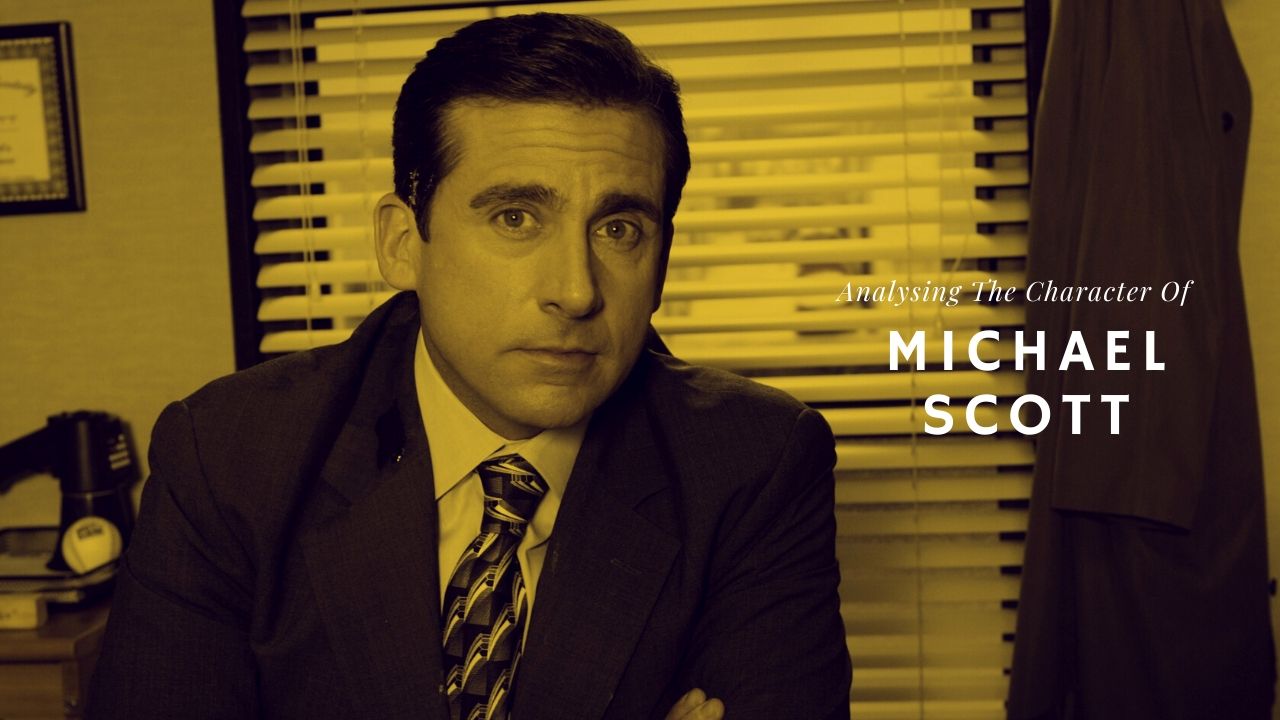 The Office- The Myriad Of Interestingly Weird Characters

One of my favourite shows is ‘The Office.’ I can watch it anytime and anywhere. I am talking about the US version, adapted from the BBC series ‘The Office’ by Greg Daniels. The show is about a paper company, Dunder Mifflin, and the everyday lives of the employees of its Scranton, Pennsylvania branch.

There are multiple reasons why I like this show. Various elements like authentic acting, the different way it’s shot and how the story pans out, excite me every time I watch it. But, what stands out for me is the writing. The show is written so well that every time I rewatch an episode, I find something new. The depth in writing is just brilliant. The way the jokes, the complex situations or the characters dynamics are written is superb.

Every That's What She Said Ever - The Office US

One particular aspect I love about its writing is the way the characters are weaved. Each and every character is unique and has so many varieties, that after a while you feel like you know them personally. Today I will try to understand one of my favourite characters from the series, Michael Scott.

Who Is Michael Scott?

Michael Scott is the Regional Manager of the Dunder Mifflin Paper Company’s Scranton branch. He has been one of their best salesmen and hence was promoted to this position. Brilliantly played by Steve Carell, Michael Scott is a man of many characters and the king of comedy according to him. But what makes him stand out from other characters?

The two things which make this character loveable are his unpredictable nature and the incessant attempt to create humour. He thinks that he is the funniest person on planet earth (in fact the whole universe) and hence he keeps trying his hand at random jokes and funny situations. He is funny at times but not always. For example, a running joke of ‘that’s what she said’ at random points always crack you up.

But most of the times he ends up either offending someone or makes one cringe (both the people in the show and the viewers). Although he does all these things accidentally or unintentionally and doesn’t intend to hurt or harm anyone, he fails most of the times. For example, this one time, while he is driving and explaining how beautiful the day is, he accidentally hits Meredith (played by Kate Flannery) and feels terrible about it. Somehow he tries to win back his employees’ trust and respect back and ends up arranging a marathon.

Best of Michael Scott - The Office US

Apart from the funny aspect, he also thinks he is the world’s best boss, which he self validates by getting a coffee mug which reads ‘World’s Best Boss.’ Whenever there is any problem, he handles it in a weird manner, but mostly succeeds at solving it. If not, he’ll seek help from his most trusted subordinate Dwight (played by Rainn Wilson) or rely on his most bankable employee Jim (played by John Krasinski).

He is also in search of a partner and keeps trying different things but fails as he has high (let’s say different) standards. For a long period of time, he dates his boss Jan (played by Melora Hardin) and is in complete love with her (of course for different reasons). But when he is actually living with her, he realizes that he is forced into this relationship and he is not happy with her. He never gives up and keeps trying dating different women.

Despite offending people and coming across as sexist and rude at times, somehow you don’t hate or dislike Michael Scott. One of the reasons for that is, everything he does is with innocence. He is not aware of the things and situations around him and has a completely unique perspective towards everything.

For instance, this one time Creed (played by Creed Bratton) explains to him about how he can declare bankruptcy to escape his responsibilities. Despite Oscar’s (played by Oscar Nunez) intervention, Michael actually declares bankruptcy all of sudden and goes on to explain the reason behind his decision by saying everyone should get a chance to start afresh in life.

He is a sweet guy and kind at heart. It’s just that he is misunderstood and misread on many occasions. Say, when Pam (played by Jenna Fischer) invites everyone for her painting exhibition, no one shows up except Michael. He even goes on to buy her painting and put it up at the office. Or this other time where he tries to explain to his employees that how life in prison is way more difficult and he does that by coming up with a character called Prison Mike.

Whatever Michael does, he always has an honest intent behind it. His character has many layers to it and it takes time to understand that. He is someone who can never lie or hold a secret with him. He is very honest with his feelings and emotions and he goes to extreme levels of it.

For example, right from the beginning, we see how much he hates Toby (played by Paul Lieberstein). Michael hates every aspect of Toby and tries his best to avoid involving him in anything related to office. This one time he even asks him “Why are you the way you are?”

But on the opposite side, the way he likes and loves Holly (played by Amy Ryan) is beyond everything in his capacity. He, in fact, doesn’t mind giving up everything and starting a new life with her, which he is usually scared of. That’s what Michael Scott is. He is very expressive and cannot hide what he feels or thinks about.

We Are Michael Scott

Michael Scott is a flawed human but is always trying to compensate for that. This quality of his is slightly like how we react in real life. The insecurities he has, the continuous validation he seeks, the instinct of accommodating only the people he likes, is highly relatable.

All these things were portrayed on screen by Steve Carell in an outstanding way. He is successful in bringing out every aspect of Michael Scott and makes us believe in everything he does. And of course, as I said in the start, the writing is so textured and incredible that it gives a sense of liveliness to the character.

I connect with Michael Scott on many occasions and feel that even I would have done something like that (not that extreme) in a similar situation. He is a good guy, who behaves weirdly and has a completely different take on life. But deep down aren’t we like that?

Well, this is the reason why I love Michael Scott and this show. If you haven’t watched the show, are you living under a rock? Go and watch the show immediately.