[VoxSpace Life] The Story Of Illustrated Weekly : A Window to Weekly’s World Of Sepia 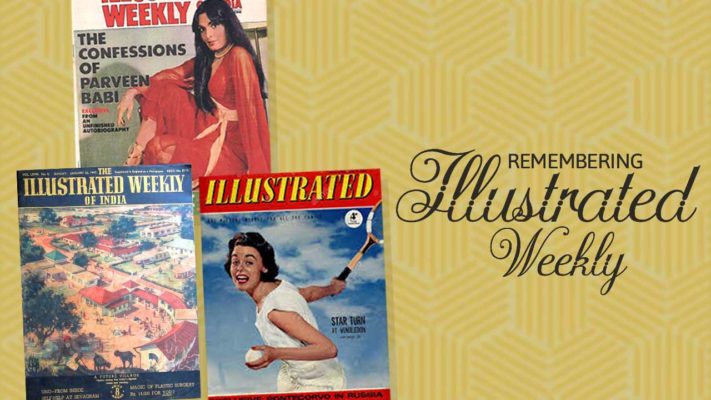 Remembering The Illustrated Weekly Of India

Not a magazine for the “pseudo-elites of its country”

The intangible circulation of news, comics, satirical memes or even tart political commentaries via the medium of images was yet to be conceived during the late 19th century India. The Illustrated Weekly of India was first circulated in 1880 in the wake of the Vernacular Press Act of 1878, a move that pushed Indian journalism into the black hole of despotism.  One can only imagine that The Illustrated Weekly of India was an exception since its content was published in English, and was way ahead of its time. Its target readership was predominantly the urban readers, and that’s probably why the magazine never shied away from printing what was then considered as “lurid”.

Besides running the celebrated Phantom comic series which was an instant hit with the teenagers, the magazine had gossip columns, Page 3 content, poems, and book excerpts- a reading experience that solemnly recalls the early glories of Anandabazar Pujabarshiki in 50’s Calcutta. Khushwant Singh, one of the notorious editors of Weekly, recounted in retrospection about his tenure at the magazine as with bittersweet memories of being the most outrageous editor among his peers; an editor verbose about his political inclinations and secular spirit. It is ironical that many of us do not know Singh beyond his identity as an author of Train to Pakistan.

“I am a journalist and I have published some novels of course, but fiction is not my first love.”- Singh in an interview to The Punch Magazine.

Under the leadership of stalwarts like Singh, M.V Kamath Anant Pai, and Pritish Nandy, the magazine could establish a huge rapport with educated, and liberal readers. During the 60s, the magazine had a spot secluded for “Women and Children” instantly painting the social fabric of its times before Weekly’s unanticipated demise in 1993.

Pai’s Phantom Phenomenon during the 1960s

Phantom comics was the goose that laid the golden eggs for Illustrated Weekly. While on one hand, the comic strip fostered the magazine’s steady readership rate, on the other hand, it was a clarion call for the production of comic books in a country that hardly had experienced the flavour of comic books. Its creator Anant Pai made Indian culture and its imperialism by Raj, resonate beautifully within the illustrations. Phantom Comics brought a tremendous amount of financial success to Bennett Coleman, a brand basking in the splendour of Flash Gordon and Mandrake the Magician back in the 1960s. 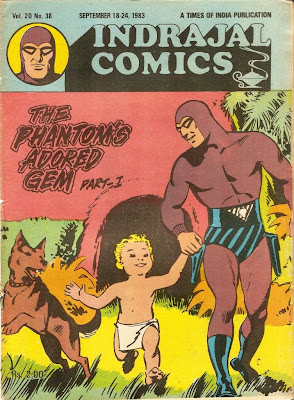 Pai was committed to disseminating Indian culture, including narratives from Indian epics and fairy tales through his comic illustrations. The Illustrated Weekly had very little competition, thanks to its bold concoction of content that was printed defying the popular themes of the 20th century India. Pai was all for selling infotainment at 60 paise per copy. Weekly carved a space for budding young illustrators who worked for Pai at that time, contributing to the anthology of Phantom as it stands now.

Phantom’s hero was a paranormal juxtaposition of a messiah and an ordinary man, a mystery, so endearing to its readers that within a short span of time of its release, prices increased from 60 to 70 paise. You cannot assign any definite cultural identity or place of origin to the hero, and that did the trick with middle-class readers! Phantom’s publication started to appear fortnightly. The task of printing them gradually turned into a laborious one before it ceased forever! It is a matter of pride that Phantom later went on to capture the interests of western readers, academic researchers, and critics alike.

Singh to take the liberty of being political with Weekly

Khushwant Singh’s Editor’s Page was a reader’s paradise, a treasure trove like his other columns that nonetheless brought him muck and reproach from overseas.  It is an ode to an era when Singh was consumed by journalism, shifting his focus from fiction writing, a venture that brought him recognition. As an editor, he was headstrong about bringing a radical change into Illustrated Weekly, indulging more than often into his progressive religious stances and political views. His beliefs placed him at loggerheads with the Sikh community. Illustrated Weekly was considered the most circulated English language infotainment magazine in Asia, with a voice as unambiguous as it could get under Singh’s judgment. 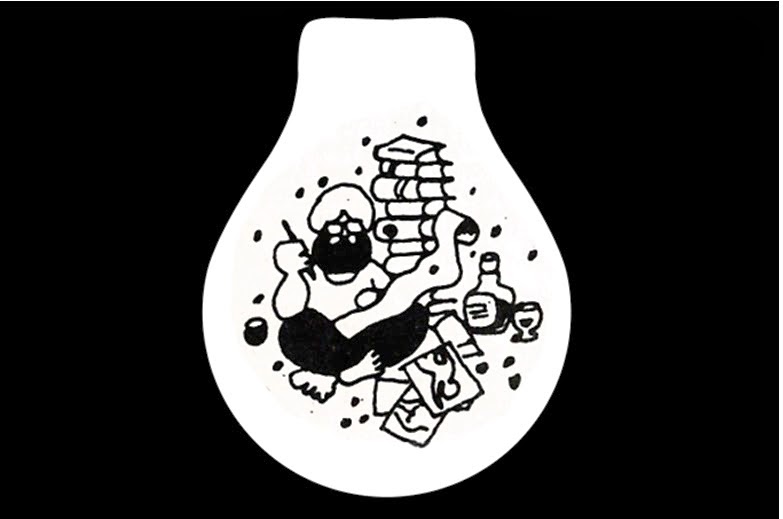 “Under its first two Indian editors [The Illustrated Weekly] became a vehicle of Indian culture …It did not touch controversial subjects, was strictly apolitical and asexual…I changed all that…I tore up the unwritten norms of gentility.”- collected from Khushwant Singh’s Editor’s Page (1981)

One of Singh’s ardent fans, V.S Naipaul has commented on Singh’s penchant for writing in a language that showed his “special relishing of people and experience…”.  The kind of buzz that Singh created with his content made him both controversial and venerable a figure and helped with Weekly TRP overnight. It catered to Indian readers who were evidently not habituated to binge on the kind of infotainment that the magazine offered.

It would not be inappropriate to hold Illustrated Weekly as a revolutionary publication that chronicled and defined its epoch, a stark antithesis to what journalism has been reduced to today. Weekly had dared to pick up on political hot potatoes like high-profile exposés including Nehru’s messages to Swedish embassy and yet held on firmly to its ground, standing on the veracity of democracy prevalent in a newly independent India.

Related posts:
Two Reuters Journalists Jailed In Myanmar For Covering The Rohingya Issue
VoxTalks With Sravya Kothalanka : The Psychedelic Artist Who Is Redefining The Creative World In The...
VoxTalks With Hyderabad's Latest Fashion Portal - The You, And Shruti Behind It