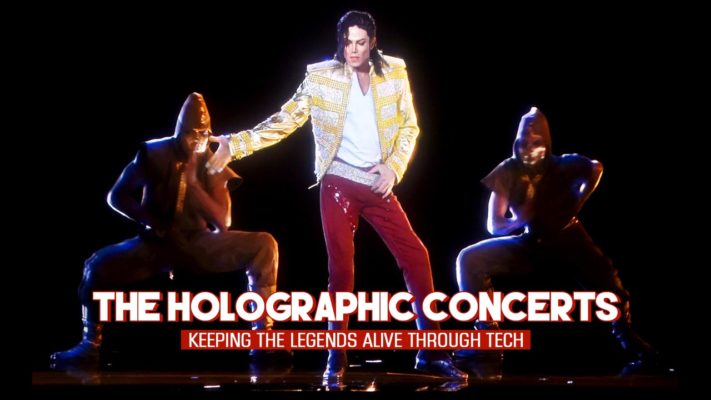 Music bringing the Dead back to life

Roy Orbison and Buddy Holly are rising from the Dead to perform at the “Rock ‘N’ Roll Dream Tour”. The holograms of the late rock icons will be touring with a live band and backing singers. The tour will be held in October and is running through both Europe as well as North America at the same time, It is expected to be 75 to 90 minutes long.

This concert is only possible because the headliners of this concert are both dead. Orbison died on 6th December 1988 and Holly passed away on 3rd February 1959 which has been labeled as the “Day that Music Died” due to the fact that the plane crash that caused Holly’s death also took Ritchie Valens and J.P. Richardson’s life.

Reaction Of The Singer’s Families

The families of the singers are very excited about this project. Roy Orbison, Jr., President of Roy Orbison Music, had this to say about the two songwriters “My father’s music meant the world to not just us Orbisons but to millions of fans worldwide,” he said. “Being able to reopen his legendary songbook and again hear his voice bounce off great concert hall walls is both a transcendent and cathartic experience. Dad jammed with Buddy in Lubbock Texas and helped change music history by turning Buddy on to Norman Petty Studios; Buddy later returned the favor by recording two of Dad’s songs on his first Cricket’s album. How beyond cool and special that these two great friends, now get to tour the world together.”

Other Projects Done By This Technology

This concert is not the first time that a dead celebrity has performed for an audience. The idea gained popularity after a digital representation of the late rapper Tupac Shakur was played on the stage of 2012 Coachella. There have been numerous holographic images of celebrities who were deceased performing since then. The most popular ones are of Billie Holiday performing on stage at Hologram USA’S Hollywood Theater and Michael Jackson who was also resurrected at the Billboard Music Awards.

Base Hologram is the company that is right now at the forefront in the holographic technology. Just last year they hosted a concert showcasing Roy Orbison at the Wiltern in Los Angeles. The company led by Brian Becker says that they use a single machine to project the image. He stated that they don’t use any previous concert image and instead hire a model to mimic Orbison’s actions and then animate it to create a digital version of Orbison that is beamed on stage.

What Exactly Is Uncanny Valley

While this is a tremendous achievement there has been a mixed response from the fans. The experience was enjoyed by all but it left a certain unease in the back of people’s mind. This unease is called the Uncanny Valley which happens when we meet an entity that is almost but not quite human. It was first hypothesized in 1970 by Masahiro Mori. He said that while we are able to accept robots that become more human-like it is only true to a point. If they don’t behave with human characteristics we tend to feel a dip in our emotions.

In the end, I would like to conclude by saying that while we have a way to enjoy the artist’s who are long gone we need to remember to be respectful of them. There are numerous laws in place already that protect an artist’s image and with this technology rising there will be laws which protect the starts even after their death. The artist will not be able to fight from their grave so it is up to us as people to remain dutiful to them and their legacy.

2 thoughts on “[VoxSpace Selects] Holograms: Making The Legends Live Beyond The Grave”