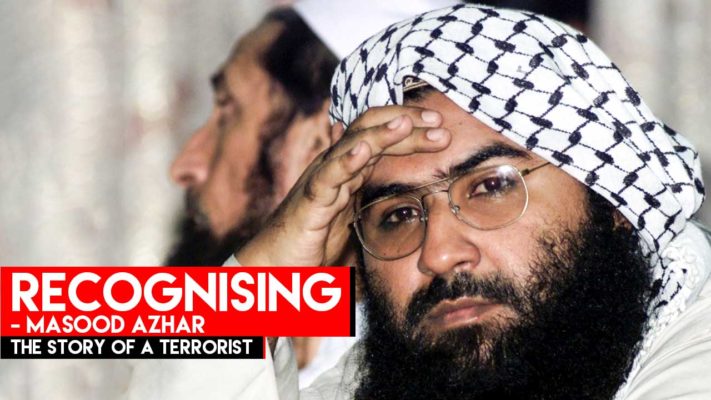 On May Day this year, a decade-long struggle to proscribe Jaish-E-Mohammed Chief Masood Azhar finally came to a termination. China had finally lifted its block on the UNSC 1267 Sanctions Committee’s listing of Azhar as a global terrorist. India finally tasted diplomatic success when Masood Azhar was listed in the ISIL(Da’esh) and Al-Qaida Sanctions list. The designation of a global terrorist comes with a travel ban, asset freeze and arms embargo. China finally decided to vote against the interests of its long-term ally Pakistan by giving-up on Azhar, 25 years of terror and numerous terror-attacks later. China finally made the tough call, under mounting international pressure after four diplomatic attempts at blacklisting Azhar(in the years 2009, 2016, 2017 and 2019) primarily in order to save its reputation being an aspiring super-power.

In 2009, India had moved a proposal to blacklist Azhar, which went nowhere. In 2016, the mastermind behind air-strikes at Pathankot and also the Uri and Nagrota attacks that year was once again attempted at listing at the 1267 Al-Qaida Sanctions Committee. The ban was attempted by the US, UK, and France, once again in 2017 resulting in a complete failure. Each time, because China, being a permanent member of the UNSC with veto-power, would put a “technical hold” on the proposal and then block it later. Again in April of 2018, India brought up the issue of Azhar at the UN, this time at the Wuhan Summit.

Then Feb 14, 2019, Pulwama attack happened. India had gained support and sympathy world-wide and Pakistan looked like the bully in the class nobody liked. It took 40 Indian CRPF men to be killed to bring the issue of Azhar up, once again in the international forum. In parallel, another terror attack by another terrorist group, Jaish-ul-Adl who call Pakistan home, took place in Iran which also gained UN-condemnation almost at the same time. It all began when China blocked the proposal once again on March 14th, 2019. This time the US, UK, France and other non-permanent members, all came together to push the matter in an open discussion in the UNSC. France banned Azhar at home and took the matter to the EU. The US threatened to bypass the Sanctions Committee and go directly to the UNSC, instead of private negotiations at the 1267 Sanctions Committee which China took advantage of till May 2019.

Now either China lifts its hold on the listing or they veto it and are forced to defend Masood Azhar on the world stage, which would make China look like a terror-hugger. And China, being an ambitious superpower would not tarnish its image in front of the whole world by doing that.

There are also other theories as to why China decided to change its mind. One of them making the rounds in media is that India has agreed to stay mum on the Belt and Road Initiative issue, a multi-billion dollar infrastructure initiative spearheaded by Chinese President Xi Jinping. India has always opposed the BRI due to the CPEC(China Pakistan Economic Corridor) which passes through Pakistan-administered Kashmir due to reasons cited by India as “sovereignty” and “territorial integrity”, even though China reassures that the Initiative is only an economic one and does not target any third country or a historical territorial feud between two countries.

Another angle at analyzing what else China could have aimed to gain to lift the hold on the ban is a political one. It’s been known that the Communist Party of  China(CPC) are always in constant talks with major political parties around the world, including the BJP and the Congress. Senior CPC leaders have visited India and held talks with leaders here time and again and also hosted Indian party members back home. CPC understands the need to maintain goodwill with the ruling party in a democracy such as India. Therefore, this move could also be aimed at earning brownie points in front of Modi, who is believed to return to power this term by Chinese analysts.

A Major Diplomatic Win For India. Oh, Wait! For Everybody

So, if you’re thinking India is the only country which has had a “diplomatic win”, you’re being swayed by the BJP’s latest rally speeches in which they worryingly take the entire credit and make poll propaganda out of it. The terms of the negotiations were made in a way that all parties seemed to have gained something. The official reasons behind Azhar’s blacklisting cited by the UNSC seem to have omitted the term “Pulwama”, thus giving a face-saver to Pakistan. In a way, the listing of Azhar is also a big diplomatic win for China who had successfully managed to get India to struggle for a decade on this issue which at the end of the day changes relatively little on the ground in substantive terms. All this while ignoring other urgent tasks that an economy such as India could have undertaken to be at par with economies such as the US or China for instance.

Also, both India and China are importers of Iranian oil. It’s speculated to be a goodwill gesture towards India, after the US deciding to end waivers for countries buying Iranian oil. The aim was to get India on its side as the US-India ties are strengthening in terms of India buying defense equipment from the US, like the purchase of US-made heavy lift CH 47(F) Chinook helicopters by the Indian army. Also, the Indian domestic aviation market is being targeted by American manufacturers now.

For the US, it was a win-win keeping India happy and showing China its place. And for France who is now vouching for India to be included as a permanent member at the UNSC, it is a diplomatic win in terms of being the new go-to friend for India in the P5(permanent members of the UNSC).

Now Beijing has realized the economic predicament of Pakistan, that of near bankruptcy forcing it to seek help from the International Monetary Fund(IMF). Now Pakistan has to explain and adhere to strict monitoring of its debt restructuring and its economic resources. Added to Pakistan’s bankruptcy is it being under the scanner for terror financing by the FATF(Financial Action Task Force), an inter-governmental body monitoring money laundering and terror financing. Pakistan is on the face of a potential “blacklist” by the FATF which will add to its financial situation. Pakistan desperately needs to make moves at acting loud and clear against terrorism right now! The one thing the country is miserably bad at. Giving up Azhar seemed like a good bargain in front of a FATF blacklist. A low-cost, feasible and doable first step at portraying itself as anti-terrorism.

Speaking Of The Devil

It was 1994 when Masood Azhar entered India through Bangladesh with a Portuguese passport and started a 25-year long career out of terror in the country. He was arrested by chance from Anantnag the same year with Sajjad Afghani, his peer at Harkat-Ul-Ansar. Azhar was the general secretary at the terrorist organization. It was founded in 1993 and was under the scanner of the CIA for abducting westerners.

In the year that he was arrested, six foreign nationals were abducted in Jammu and Kashmir. The abductors demanded the release of Azhar from prison in return of the hostages. One of the hostages escaped and another one was found in a decapitated position. The others are not seen or heard from since 1995.

Again in December 1999, in a bid to have Azhar roaming free again, an Indian Airlines Flight-814(IC814) from Kathmandu to New-Delhi was hijacked and landed in Kandahar, Afghanistan after being flown to multiple locations. Masood Azhar yet again was demanded to be released along with three other militants in return of the hostages. “In a huge diplomatic failure to India”, in the words of Ajit Doval, NSA to India; Azhar had to be released and sent back to Pakistan for the sake of the safety of the hostages. That was when Vajpayee was the Prime Minister, giving the opposition a chance to badmouth the BJP these days. The BJP is no less parroting the headline “Big diplomatic win for India” or “badi kootnitik vijay” in rally speeches.  What is noteworthy is such grave matters of national security are being now used as election propaganda!

After Masood was released, Harkat-Ul-Islam was added to the list of banned terror organizations. Then Azhar along with his family started Jaish-e-Mohammed as a family enterprise with the support of the ISI, Taliban, Osama-Bin-Laden and several Sunni organizations from Pakistan. Then started the bloodbath on Indian nationals. Starting with the Parliament attacks in 2001 and then the Mumbai attacks in 2008, both of which times Azhar was detained, but released. He never got arrested thereafter. He was the mastermind behind the Pathankot attack on Indian air-base and of course the Pulwama attack. Now, he is under protective custody in Pakistan right now and fully equipped and capable to plan another attack. Should Pakistan come out hard on him now that it faces threat from the FATF? Or will he be allowed to continue his operations in the terror safe haven like Hafiz Saeed(Lashkar-e-Taiba) managed to do, after his blacklist?