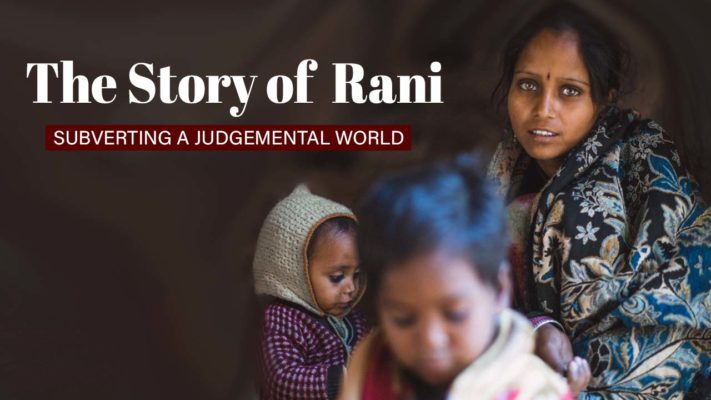 The Democratic India And Conditions Of Prostitutes

India takes pride in being the world’s largest democracy. However, when it comes to imparting democratic values to one and all – across all castes and social classes – our country surprisingly falls short of being democratic in the truest sense of the term. Even if the constitution allows for something, the stigma of social classes has imprinted itself so hard in our minds that we as responsible citizens leave no stone unturned to carry on the baggage of patriarchy and class exclusivity.

A case in point is the way we treat prostitutes. The position of prostitutes – most of whom are dragged into this profession unknowingly as a child, some sold whereas some simply become the victim of situations – is so crude in our society that the word is mostly used as slang in daily language. The prostitutes are regarded as a ball of flesh sans any soul or mind, leave alone their democratic or basic rights of existence as citizens of a budding nation.

One of the basic rights of womanhood, in general, is the idea of giving birth. However, our patriarchal society has never really bothered to bestow women the right to their own reproductive system, and the matter just worsens in case of prostitutes. For them, a birth is a dangerous news – either one has to abort or the baby too – by birth – has to be a product or flagbearer of this community, where no Indian woman willingly steps in. However, the woman we are talking about today – a former sex worker named Rani – defied all the barriers imposed on motherhood and bore a child, vouching to give it the best life she could afford.

As known to everyone, almost half of the flesh trade in India is carried on without any contraception. Although there are numerous NGOs working towards providing proper contraception facilities to the sex workers, most of the times their work falls short in front of customer “demands”. As a result of which, the sex workers get pregnant, and mostly the only option left to them thereafter is abortion. However, in the case of Rani, this pregnancy became a death knell to her career as a sex worker. Talking to The Better India about the first news of her pregnancy, Rani said, “When I realized I was pregnant, the first feeling was of fear. I was afraid of the world and how it would receive or treat my child. People around me kept pushing me towards abortion. They said that as a sex worker, I was not fit to be a mother…I was confused, hurt, scared and devastated to think of my child’s future.”

Despite receiving flak from her own community members, Rani resolved to take a stance based on her own resilience and understanding. So, she contacted Seema Waghmode, the founder of Kayakalpa – an NGO working towards the betterment of the social sex workers. Mumma, as Seema is lovingly known as, led Rani to contact the father of her child, who was a regular customer. Thankfully, the man had also fallen in love with Rani, and together they vouched to give their child a life that none of them ever had. Contacting him was not easy for Rani, for love stories are born in these dark labyrinthine lanes every day, only to die a gruesome death. As Rani remembers her ordeal, she cannot help but pinch herself in disbelief to the way her life charted out. After ten years of togetherness, she recalls, “Somehow, after talking to Mumma, when I was clear that I would be a mother, the fear soon started to be replaced by courage. And after we told him about the child, his response was also the same. We decided to get married and raise our child away from here. Mumma helped us with the rescue, and now, we have such a happy life, that I sometimes pinch myself in disbelief!”

Like Many Others, Rani Was Pushed Unknowingly Into Prostitution By Family Friend

Like thousands of other girls sold daily into these dark nameless alleys, Rani had also been a victim. She was sold to the red-light area of Pune by a well-trusted family friend, who brought her all the way from Assam promising a job. As her parents were really poor, helps like these are always readily taken – you cannot just say no! Recalling the dark days of her life, she says, “I lived in a small village in Assam and was brought to Pune by a family friend on the promise of a decent job. My family was very poor, and I wanted to help, but I didn’t know that he would cheat and push me into this. I was just 16 then. Every night, I would beg them to let me go. It was too much until I numbed myself to silence.”

Today Rani is a proud mother, who took the right decision at the most crucial hour and changed the arc of her life. A word here should be dedicated to her husband also, who did not think twice before marrying her and accepting the child. Rani had been lucky – but we wonder how many of these girls are so lucky, even in today’s age and time? Having a “home” is something they can never dream of, let alone having authority over her own body and her right to motherhood. Rani exemplifies strength that most of us lack – had she listened to the societal judgments and been a victim of prejudices yet again, she would never have the life she has now. She might not be rich and famous but she is happy. And, it matters.

But, will her past ever forecast a shadow on her happy life and puncture her relationship with her child? Although a fear lurks in her mind, Rani has parked the thought in the light of the present. All she wants is to give a happy life to her son. Talking further on it, she says, “I want to give my best for my son, just like any other mother. Although I was forced into it, I am not ashamed of my past. I simply want my son to grow up like any ordinary child of his age. I’m not sure how or when I will have the strength to tell him, but I have parked that thought for now. My husband supports me in whatever I do, and my son loves me, and that is all that matters.”

While we wish the best for Rani in all her endeavours, a word must be spoken here about Kayakalpa, the NGO that rescued Rani from the dingy bylanes of Pune, pumped in her all the courage required to tear away the shackles and biases of the society and married her to a credible person. It is for people like Waghmode and NGOs like Kayakalpa that there is still hope lurking somewhere around for a bright future for the sex-workers, who are not really identified as human beings by most of us.