Living A Sci-Fi Dystopia: The Audacious Act Of Job Searching In The Age Of AI And Unemployment 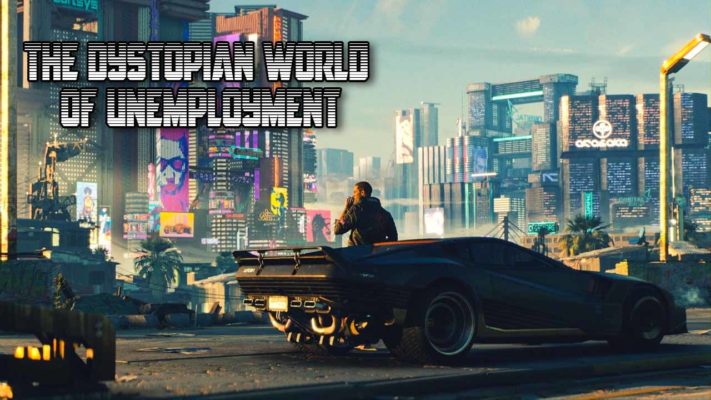 The Murky World Of Corporate Hiring Process Where AI Sneaks In

The issue of unemployment was strategically cloaked by caste politics, and Rafael scam, all towered by a well-synthesized demand for Hindu Rashtra during 2019 polls. It is indeed a mystery how a country that suffers from violent repercussions from educated unemployment could afford to do without any rhetoric on the topic. Funnily enough, we are far away from 600million job creation that the nation is in dire need of, as put forward by the 2013 World Development Report. The present job distress has not, however, stopped AI from tampering with employment dynamics in India. It alludes to an immediate re-skilling of workers while at the same time, re-examining the need for the human touch in major sectors.

It is perhaps the worst consolidation of capitalism in a society that fails to uphold basic public rights like job security; a society where DNA of most prestigious educational institutions is essentially flawed, and churning out lakhs of unemployable graduates each year.  At this juncture, AI intervention can only intensify the growing despondency of Indian youths facing piles of unexplained rejection from corporates in spite of having relevant skills.

Heard About “Behaviour Policing” In The Hiring Process?

The World Economic Forum called this radical intervention, “the fourth industrial revolution”, and surely does it live up to the legacy of its predecessor! As predicted, we are close to experiencing a reality where AI will be our boss, co-workers, Human Resource, and our immediate substitutes. Quite recently, DeepQuanty AI Labs, a Chennai-based startup, proudly flaunted their first baby SnapChek with its astonishing ability to read handwritten and printed content on cheques. Human extinction from the workplace, baring a few, is no more a distorted fancy of opium-infused of some dystopian writer! It is a grim reality that has swept over jobs, giving an unfair competition with our smarter prototypes.

The major AI obtrusion that is apparent till now is in the recruitment process; it has been streamlined such that every facial twitch, grimace, and change in voice tone can be tallied in order to use against or in favor of you. In a nutshell, firms are on the precipice of implementing a crucial step in the hiring process, one that would reduce human interference- AI. It is a one-way interaction with a cold and ruthless heap of algorithms (AI), judging you every split second, pinning you against top performers and data, set unrealistically high. The screening process has inevitably become biased, inclined to take into scrutiny an unknown set of behavioral patterns and demographics for a particular designation. If Indian jobseekers had not yet plunged into neck-deep scepticism post-demonetization, it is a good time to do so!

A country that has 28% of the population living below the poverty line will need a tremendous amount of planning before it could help skilled laborers to merge into an AI automated industry. As a matter of fact, many would be left forgotten behind the mammoth that can successfully figure out ways to achieve human specified goals, even surpassing human potentials.

How Technocracy Has Left Thousands Impaired?

Consider OpenAI’s most ambitious launch GPT2 basically a text generator works with unimaginable clarity of thought and innovation, guaranteeing better productivity taking in on different styles of writing. If authors are struggling against Copyright infringement or royalties or writers grappling to move up the corporate ladder, GTP2 is nothing short of a nightmare. It is a war on information disseminators thereby aggravating the gradual process of human alienation in the workforce.  Wikipedia bot has already taken upon the human task of editing grammatical errors on its pages with approximately four million English articles that it covers in a month.

Surely, the bot is more suitable for maintaining a labor-intensive task of hiring qualified editors. In a couple of years, it would be impossible to reckon whether the emotions invoked by an article, novel, or blurb is human-generated or a machine manipulated! What are your stakes in the bet?

Soon, the corporate edifices will burgeon a culture that would encourage humans working hand-in-hand with their AI superiors, and colleagues in what will be known as “the great AI awakening” as put down by New York Times. The penetration of organized labor unions or democratic voices is unimaginable in this seemingly shadowy vortex of power that has blossomed AI. India Today predicts that 18.9 million will be left jobless in 2019 partly because AI will be institutionalized across corporate sectors. Unless we develop a clear-sighted strategy, the friction between unregulated AI and thousands of job applicants will create avant-garde dystopian literature.