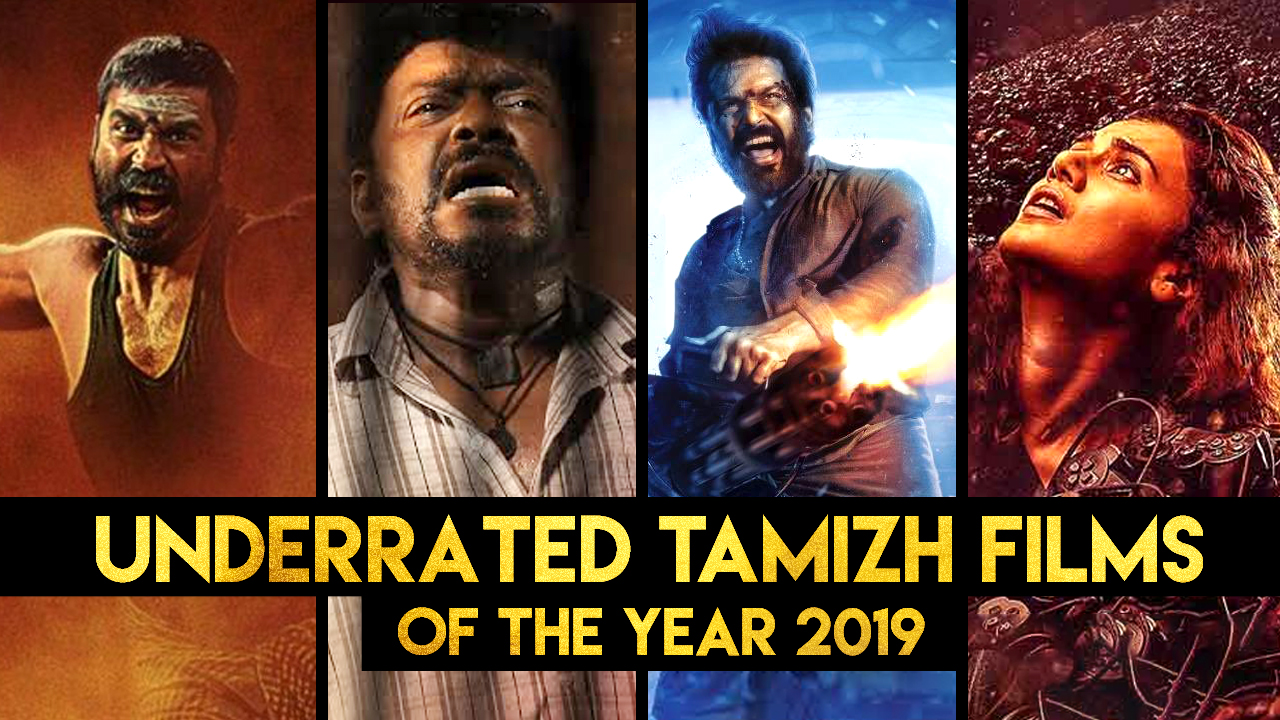 A Rollercoaster Of A Year For Tamizh Cinema

The year, 2019 is nearing its end and it’s one of those times where various closures are sealed, memories recollected into a social media album and for me, reminiscing the good films we’d been blessed with, as an audience. Pun Intended. Arguably, I’d say 2019 has been one of the driest phases of Tamizh cinema, with a very few films making the cut. It was disappointingly difficult to handpick the outstanding films due to the lack of substance or half-baked contextual sense. Comparatively, towards the end of the year, the latter half of 2018 managed to make up for the former. Tamizh Cinema in 2019 has created a slippery slope for upcoming films but there’s still hope with promising collaborations happening currently. The search and craving for content-oriented films have multiplied manifold in the last 2 years with the influx of various OTT platforms and ease of access to them. It is a dangerous time for any filmmaker as well as drawing the crowds to the theatre has become a challenging task, with people opting to spend their weekends- binge-watching shows and films on their electronic devices. A star-driven film can also dwindle to a trickle if there’s not an interesting and unique story to tell. I’d rather not mention the examples, for the fear of losing my job and also, infuriating my editor.

Apart from the star-driven and moderately progressive films this year, like Bigil, NerkondaPaarvai, Petta, we thought there were some films that didn’t get the acclaim they deserved due to various circumstances. Coming down to the list, the following films, in no particular order, stood out for their content, narrative, and technique employed for the visual medium:

The evergreen Vetrimaaran- Dhanush collaboration has knocked this one out of the park. The honest storytelling and marvelous acting by Dhanush, Manju Warrier in this revenge drama keeps you hooked throughout for both its realistic and commercial elements. Sounds oxymoronic, right? That’s exactly what Vetrimaaran and Dhanush can bring to the table. An artistic blend of commercial elements in a gripping and impactful story. Despite the pushed and urgent release, Asuran did garner attention but honestly speaking, it didn’t get the credit it deserved. Having scored a 9.0 on IMDb, Asuran is one of those finely-made films in terms of both craft and storytelling. The screenplay of the film has been adapted from the Tamizh novel- Vekkai by Poomani.

Written, Directed by Radhakrishnan Partiban, starring himself is a testament to his multi-faceted personality. Oththa Seruppu is the interplay of words, sounds and a single-dimensional narrative that focuses on a man’s struggles in this poverty-stricken world. A simple premise yet a powerful tale of the class divides in India, brilliantly conceived and conceptualized into a dark comedy-drama that exceeds your expectations tremendously. Oththa Seruppu Size 7 can be described as R Parthiban’s ode to cinema as an art in the most aesthetic manner. The film has been scored a commendable 9.4 on IMDb.

Director Ram is known for his honest storytelling skills and hard-hitting dialogues that make you feel cringy and uncomfortable. His films are like those harsh realities you try and avoid to confront. The truth you do not want to know or hear about. Peranbu is a disturbing, yet moving story of a father’s struggle to take care of a mentally-challenged daughter and during desperate times, what are the consequences he faces for committing his desperate measures. Starring Mammootty, Anjali, and Samuthirakani, Peranbu uses the chapter narrative technique to showcase the various phases in a father-daughter relationship.

The story revolves around Illango, an assistant film director living with his wife Amudha and their five-year-old son Siddharth in a rented flat in Chennai. Their landlady is eager to lease that house to IT professionals for a higher rent, so she abruptly issues the family a 30-day notice to vacate. It talks about the struggles faced by the lower middle class to afford a decent living in an urban metro city despite poor pay, economical crisis and family pressure. Written and Directed by Chezhiyan, the film is a hard-hitting and poignant story of migrants from rural areas, and the problems they face today as they enter this urban space with high aspirations.

Led by a female protagonist, Swapna, beautifully portrayed by Taapsee Pannu, the film talks about the mental and societal struggles a modern Indian woman faces. A thriller-drama directed by Ashwin Saravanan; the film is technically brilliant wherein the emotions experienced by the characters are beautifully translated from paper to screen. The film’s biggest strengths are its captivating visuals and intelligent sound design. Without employing cheap jump scares and avoiding clichés, Game Over is undeniably one of the most game-changing films this year for both its aesthetic storytelling and innovative technical aspects.

An interesting premise that keeps you curious and entertained throughout. An action-thriller written and directed by Magizh Thirumeni and starring Arun Vijay in a dual role, the plot is about how the murder of a young person creates confusion among the investigating policemen when they find out that the chief suspect in the crime has a look-alike. Having scored an 8.2 on IMDb, it is perfect for your weekend watch.

Directed by Lokesh Kanagaraj, starring Karthi in the lead role, the film is promising and leaves you hoping for more. Having released on the same day as Bigil, the film’s commercial and critical success had a setback but later on, word of mouth managed to spread the good word. Lokesh Kanagaraj, after his debut with Maanagaram, is creating a market of his own by sensitively managing art and commercial cinema.

Starring yesteryear comedians Padmashri Vivekh and VTM Charle in lead roles, the film tells the story of a policeman who stumbles upon a murder investigation when he visits his son in the US. Like every typical cop, his curious sensibilities push him to pursue this investigation and find the accused behind the murder. Breaking away from stereotypes and being screenplay-oriented, Vellai Pookkal is an engaging watch on a leisure Sunday.

Written and Directed by Santha Kumar, Arya stands out in this exciting tale of two brothers who confront their life-threatening situations and when their paths intersect, what are the consequences? The film is well shot and almost nails it. A different and experimental outing for Arya but definitely a proud feather in his cap, when compared to his previous films in the last couple of years.