The Top Ten Track List Of Imagine Dragons For The Monster In Your Heart..!! 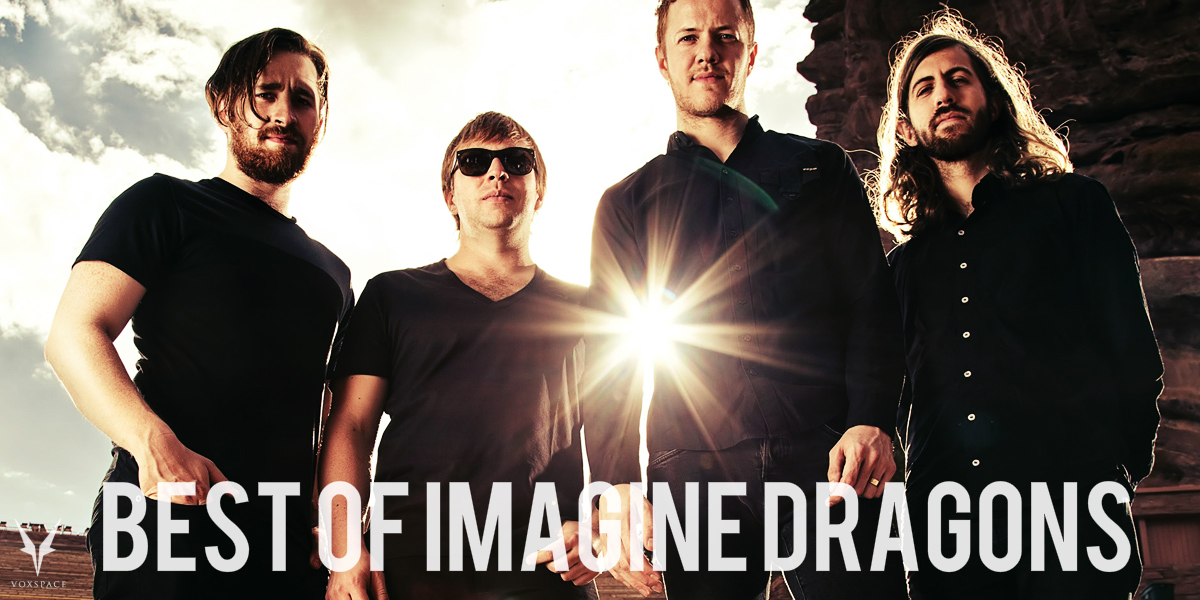 The Las Vegas natives known as Imagine Dragons are no strangers to success. Over the past 3 years, the band have gone from being a relatively unknown alternative rock band to a Grammy-winning, arena-playing worldwide phenomenon. They have only had two full length albums, but have turned out hit after hit, becoming one of the best rock bands of the decade.

Here are the 10 best songs from Imagine Dragons:

This track describes what it is like to be entirely devoted to someone, through all obstacles. It is a dark, bass-heavy song, but it is not discouraging. It is easy to relate to “bleeding out” for somebody important, and Imagine Dragons capture that feeling through this heavy telling of sacrifice for one another.

It is easy to see this song as a heroic anthem, possibly because of its place on the soundtrack of the dystopian movie, The Divergent Series: Insurgent. “Warriors” is a very big song and the scope of it is enough to make anyone feel empowered. It feels like a fully orchestrated cinematic score all in one song.

The vocals and synthesized sound of this track add a positive vibe to a song that is almost entirely negative. The lyrics speak of constantly wrecking good things in one’s life, but the execution of the song gives off a feeling of forgiveness, as opposed to one of self-hatred.

“Gold” is a very haunting and ambitious song. It is an honest telling of a depressing lifestyle and vocalist Dan Reynolds sings every isolated lyric with a mastered anguish that furthers the darkness of the track. Here, the band’s use of whistling and drum beats are not used to convey happiness, but instead to create an eerie and unsettling effect.

“Demons” is an extremely resonant ballad about darkness inside oneself. It is Imagine Dragons at their most accessible and is another example of the band’s ability to almost never sound hopeless. Each track has a glimmer of light through the darkness, and this is no exception. It is also one of the few slow numbers in the band’s discography, but it appears to come naturally to them.

Imagine Dragons - On Top Of The World (Official Music Video)

It is hard to think of a song as positive as this one that is not painfully cheesy. The title says it all as this song is entirely uplifting, down to the catchy clapping and whistling that make up the beat.

It is a wonder this song never really broke into the mainstream. It is right up there with the group’s more popular songs as far as depth and intensity go. It is also another wickedly catchy and powerful breakthrough tune from their first album Night Visions. “Tiptoe” is also a great example of how the band (specifically drummer Daniel Platzman) use the drums to carry a song to the next level.

“It’s Time” was the first single Imagine Dragons released that really put them on the charts and it is no question why. The song is so enjoyable from beginning to end. From the memorable opening hook to the impactful chorus of “I’m never changing who I am,” this track set the standard of what to expect from the band.

Imagine Dragons - I Bet My Life

This track was the first single off of the band’s sophomore album, Smoke + Mirrors. It has the soulfulness that fans have come to expect from the group and maintains their signature uplifting rock-and-roll sound. The ending guitar riff by Wayne Sermon played over the joyous choir adds an explosive conclusion to the tune as well.

This song broke down all commercial barriers that alternative rock tends to have. It became the best selling rock song of all time after being on the Billboard Top 100 charts for a record-breaking 87 weeks, peaking at number 1 in most of the categories. “Radioactive” is raw and resounding and a true powerhouse anthem from the band, and a song that will surely be compared to some of the greats of past decades.

One thought on “The Top Ten Track List Of Imagine Dragons For The Monster In Your Heart..!!”