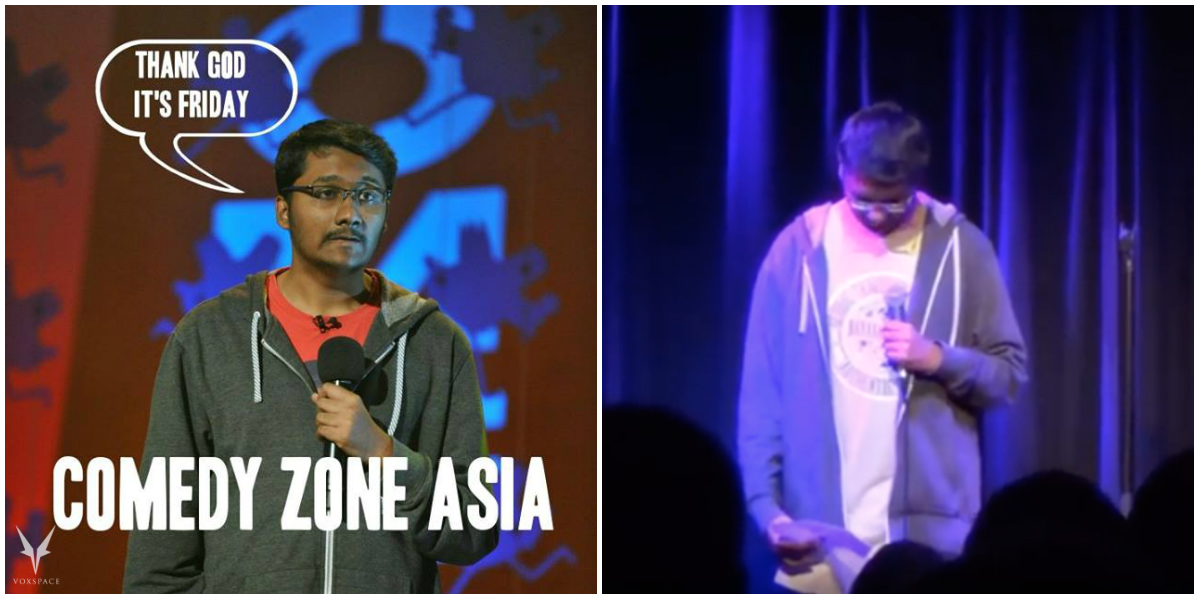 There’s a reason I never take the stage. Rather keep myself here writing about people who do. Now there’s a solid reason to it. It has been widely agreed upon that, The biggest fear that people have in world is – Stage Freight. Death comes second to it. So, I’d rather die than take the stage. It is this unshakeble nervousness that this comedian -Rohan Desai captures perfectly well in his skit.

He takes up the dig at fellow stand up comedians, who feed off source “cue” paper to actually remember their materials. I personally do know some doing that, ( this article is basically for them ). The instructions are misleading at times, and that’s what makes this act super hilarious. Instructions such as –

” Interact with Crowd to calm the nerves ” ( He says Hi Crowd ) and ” Insult the front row on their name and place they are from ( He says ” You are a bad person ) and many more puns.

Watch this laugh riot and follow him for more great stuff.

3,649 thoughts on “Meet “Rohan Desai” Who Is Practically The World’s First Nervous Comedian..!”