Maya, Sesh And Hyndavi Are The Posh Poris We’ve All Been Waiting For ! Episode 1 Review 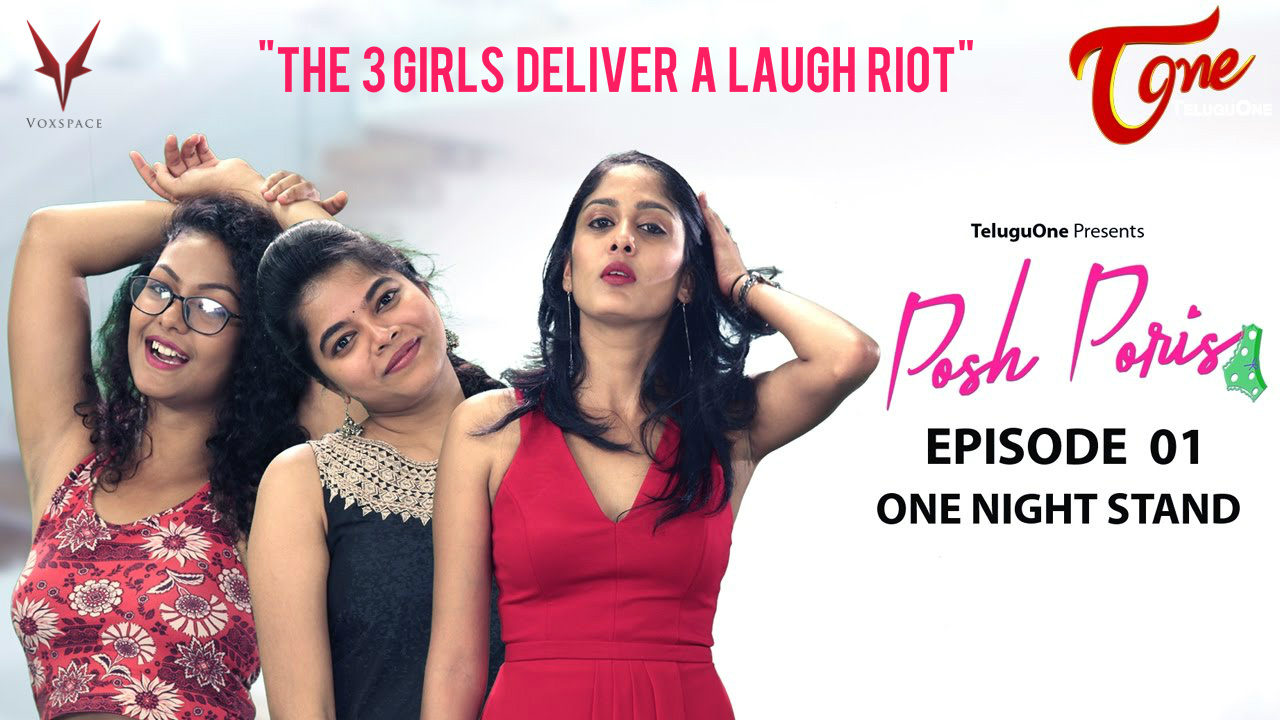 “Posh Poris”, the latest Telugu web series on YouTube, directed by Aparna Malladi, is a fresh and chic take on the lives of modern, independent, urban girls. It is what we have always been wishing for. For the Telugu female protagonists to have a world of their own, to stand their ground, to sort out their issues, to deal with their problems, well…..have their problems shown in the first place.

This refreshing series does all that and more. It is almost like peeping into any of the hundreds of flats in Jubilee hills, Banjara Hills, Hitech City areas where working girls stay together. As for the story of the 11 odd minutes episode, here it goes.

The episode starts with Maya (Harika Vedula), and her date for the night dirty talking and getting undressed. Then there is Hyndavi (Sahaja Chowdary) in another room dreaming about clearing her VISA interview and flying off to the US. However, both Maya’s date and Hyndavi’s dreams are ruined with a loud doorbell. In walks Sesh (Aditi Myakal) with all her bags, cursing about the stupid stuck door. Hence, the characters are established. From their conversations, we understand that Sesh is Hyndavi’s ex-roommate but she keeps dropping by whenever she fights with her boyfriend.

The confusion and the resultant humour starts when Sesh somehow gets stuck in handcuffs with Maya’s half-naked date and Sesh’s boyfriend who comes to meet Sesh, opens the door to Hyndavi’s neighbour and 6-month old crush, who fears that he is Hyndavi’s boyfriend. All of them start searching for the missing keys for the handcuffs all the while clearing out each other’s confusion. The doorbell rings once again and this time, it’s a cop. What is a cop doing there? What happens next?

Well, for that you will have to watch “Posh Poris”. All the actors have done a good job, considering that it is the first show for most of them. But of all the cast, Aditi Myakal’s stands out. With her curly bangs, her specs and her cute Hyderabadi accent, she makes the character Sesh look interesting and adorable. The apartment set and styling of the characters is also very urbane and sleek.

The foundation has been laid and the series looks very promising. What’s left to see is if the director manages to maintain the tempo and the track of the story throughout. Because, if she does, then we have a game-changer right here.