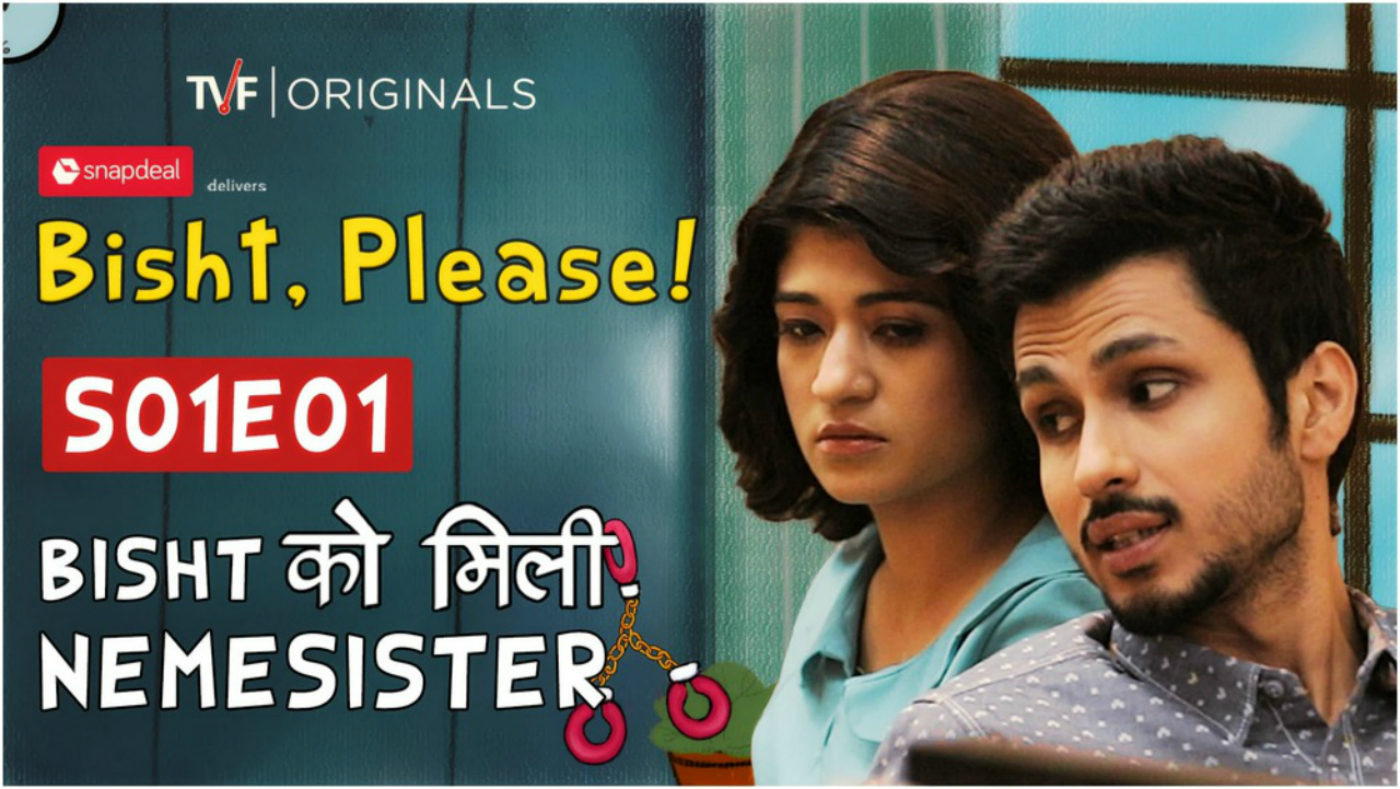 Ok, so how do I put this? Remember that Monday when everything you feared would go wrong, went wrong and you spent the whole day debating with your friends if it was called Murphy’s Law or some Freud’s theory of bad luck. Well, it’s the same thing except for Neetu Bisht, instead of one Monday, it is every day of her life and she only has one friend who is not interested in discussing her theories.

Neetu Bisht, the protagonist in “Bisht Please” portrayed by the brilliant Nidhi Bisht (casting director in TVF) is a simple girl, often taunted for being average and uninteresting from everyone, right from her live-in boyfriend to her one sole friend in the world. She goes through her life facing the consequences of being too nice and too good. She cannot confront her cheating boyfriend, she cannot refuse when extra work is dumped on her, she cannot even refuse to help her friend although she is in no state to do that. She cannot even win an argument with a security guard and that’s not because of lack of trying.

Nidhi is her natural best here and she is ably supported by a very talented supporting cast. The direction is similar to all the other TVF series, which is definitely a compliment. I particularly loved how the lead enters some arguments assuming stereotypes only to have them shattered and turned on her. It was a nice touch.

All said and done, I am looking forward to seeing how the other episodes pan out because honestly, this first episode had a little too much of her sad life. And a little subtlety would also help. Spoonfeeding situations to the audience is passe.  Or maybe this was to strongly establish how deep she fell so as to appreciate her turnaround.

By the end of this first episode, I personally felt like going over to Neetu and giving her a big tight hug and telling her, “Life is a bitch, babe. You can’t be a bisht forever.”