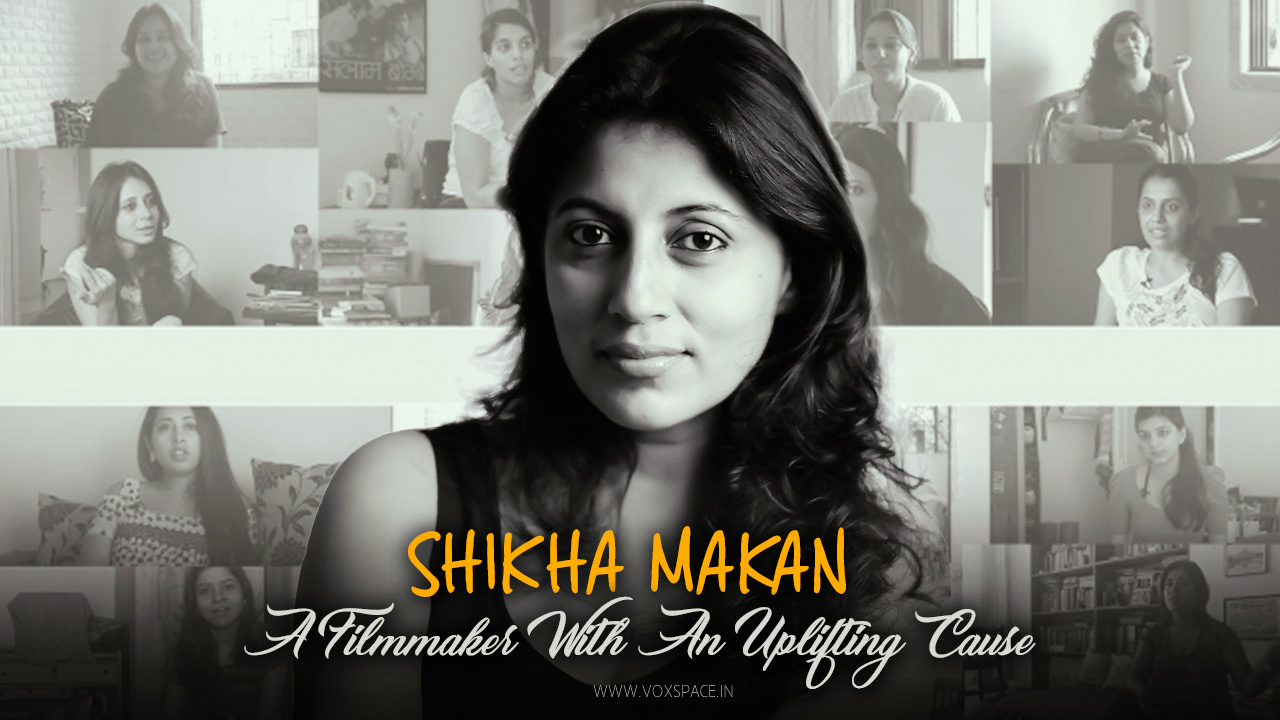 Documentary films are always a poignant reflection of truths. They go beyond the frills and fancies of commercial bindings and skim out naked truths without any apprehension. The minds behind these films are brave beings, who never deter from speaking out their mind. Isn’t that the very core of free art? To never be afraid, in speaking out a concern in a voice which is both honest and awakening. Take for example the documentary we covered a few months back which goes by the name, Unreserved, which spoke of passengers traveling in general categories. In this context, we came across the trailer of The Bachelor Girls (the movie is now available on Netflix), which speaks about the hardships faced by ‘single unmarried’ women in our cities to find a decent place to live in. We thoroughly intrigued by the thoughts touched upon in the documentary and decided to talk to Shikha Makan regarding the experiences going in. The excerpts of it follow.

To start off the proceedings, how would you define the filmmaker in you? What makes her tend to and reciprocate with the societal issues apparent around us? And are most of the issues you take up to address, root from personal experiences?

As a person and a professional filmmaker, I do find my inspirations in the world around me. The things that affect us, the stories that exist but are unspoken, and the politics of human life that underline them. I think it is my foundation in the subject of Psychology, that I did my Masters in, that compels me to delve into the subtexts, look beyond the superficial understandings, deconstruct realities and explore the hidden nuances in a context. Sometimes yes the subjects that interest me emerge from my own repertoire of experiences.

You are the CEO of a visual production company, which goes by name KISS films. Could you explain to us what the production company is all about in the context of the slogan “You Direct. We Produce”. How then do you go through the selection process involved in funding a project?

That is not the slogan of our company actually. It is part of our expansion strategy. Kiss Films is an ad film production house, where me and my partners Paramvir & Dalbir Singh focus on advertising films and brand-based content. I also run an independent film company, Savera Talkies that focuses on fiction and non-fiction films, shorts and features. Raising funds for independent projects is always a challenge. I think it all starts with what is your story, who is your target audience and who could be interested in investing resources in actualizing it.

Now to the topic of intrigue, The Bachelor Girls. We saw the promo, and could relate to it to the last beat. How did you come to pick this particular thematic for the documentary? How long did it take to finalise the content for it, as obviously the film belongs to the documentary genre and has real people being interviewed in it?

Bachelor Girls stemmed out of my own experience of moving into the city of Bombay many years back. I am happy that the film has found resonance with many people as so many people today migrate to different cities in pursuit of their dreams and career. The film focuses on housing discrimination faced by ‘single women’ because of their statutes of being ‘unmarried’. But at large it is a human story that explores how our realities today are rife with a stratified existence based on caste, class, religion and gender and questions the intolerance that is brewing within our social system. It took me more than 2 years to research, shoot and complete the film.

Continuing with the previous question, over the making of this movie, what are the hurdles that you came across, say in the form of participation, access, or situations and such. And as an obligatory query, where do you think this documentary will lead to in the coming time? What societal changes would you urge for via this presentation?

Finding stories of women facing housing discrimination was not so difficult as every second woman who has moved into the city had a story to tell. Speaking with housing societies’ chairmen and secretaries was certainly challenging, as most of them would either deny it or simply not want to speak about it. I think films like ‘Bachelor Girls’ are extremely important because they spark debates and provoke us to think, which is what I intended to achieve as well. Ever since the promo of the film has released, there are so many voices that have joined in, and many screenings and discussions in India & abroad are bringing this very important issue to the forefront. I have always believed that ‘speaking about an issue’ marks the beginning of a change. Our research also leads us to an interesting website which goes by name ‘TheUntourists’. For the uninitiated, could you explain further on that? Is it just a personal blog or is a traveling collective which you run? Also, how do you find time to run all these things simultaneously with perfect poise? Of the places you’ve visited which ones do you think remains close to your heart?

‘The Untourists‘ began with an idea to share our travels stories and got shaped up by my partner Paramvir Singh into a travel blog. For film shoots, we often travel to interesting and offbeat locations. And then both of us love to experience life as untourists, which means stay off the touristy radar. So we like to travel on weekdays, explore places that won’t catch touristy crowds, and get into kitchens and eat outs that are more about authentic home-type flavors than large restaurants and pretty packaging. Our blog mostly features these ‘untouristy’ experiences. It is difficult to take out one place as a favorite, but we have explored rather unknown places like the Lonar Crater, a geological site where once a meteor, about 60k years back, hit the earth and spent breezy afternoons at Velavadar Black Buck sanctuary in the open grasslands that are perhaps India’s mini version of the Savannahs.

A screenwriter, an Ad filmmaker for the ages, a vivid photographer (going by The Untourists), a blogger, all these define Shikha Makan. But what does she recognize herself more as? If you had to pick one closest to your existence, which one would that be?

It is not natural for me to be just one thing. I like the multiplicity of life and love to do many things simultaneously. It enriches and inspires me to be that way.

Your previous works include a psychological mind-bender ‘LINGER’. To have done that, it would have been easier to follow it up with another gripping tale of psychological malady. Rather you picked up a societal worry to be addressed via Bachelor Girls. Comment.

Both films are different in their approach and purpose. Linger is more artistic in its exploration of cinema language in fiction. While Bachelor Girls addresses a pressing social issue in a non-fiction form. I am attached to both mediums. And I would extend my creative expressions again with a lyrical language in fiction as much as socio-political realities in non-fiction, depending on the subject I am delving in.

Lastly, where do you think our new age films are headed in terms of international exposure and national relevance? As a filmmaker do you feel that the films being made, are really catering to a change or do you feel a lack of responsibility. Also for filmmakers starting out in this arena of Ad films and Documentary works, what would you suggest they take care of? How would you want to see them process with their works?

Film will always be a medium that will have myriad expressions; entertaining, socially relevant with the potential to initiate a change . And because it is such a powerful medium I feel it should also be responsible and honest. I think every filmmaker must own their inner visions in full honesty and not cater to outside pressures. I am not a big fan of formulaic films and admire filmmakers who push the boundaries beyond conventional thoughts!

So, that was Shikha Makan talking to us about her journey of cinema, and it’s responsibility and relevance in modern times. We wish to see her achieve greater heights in filmmaking, and storytelling, contributing all the more to changing our hard rooted perceptions. Follow her works via her official website now…!