VoxTalks With Maanvi Gagroo : The Smart And Witty ‘First Lady Of WebSeries’ Has Some Incredible Things To Share 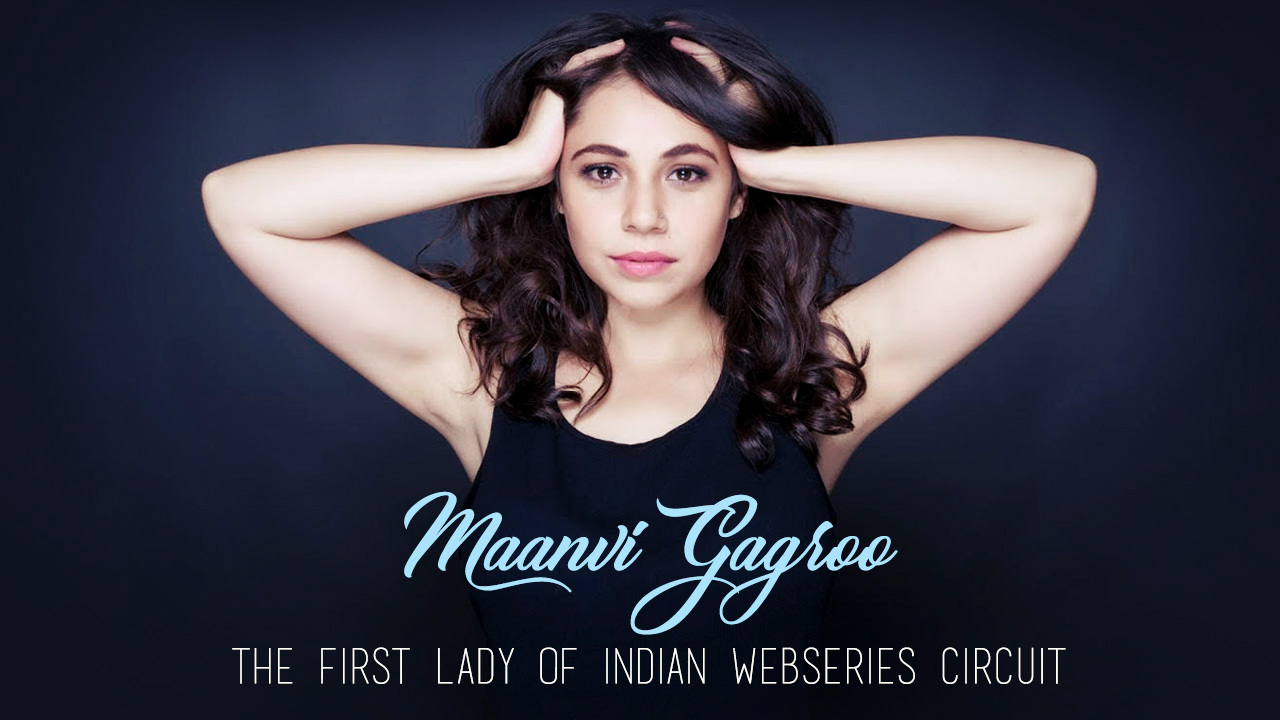 The Queen Bee Of WebSeries

When we say Shreya from TVF Pitchers or Chanchal from TVF Triplings, doesn’t it bring a little warm smile to your face? That’s the effect this wonderful actor has on every one of us, while we see these aforementioned popular series. Today, we are talking to the incredibly talented and super beautiful, Maanvi Gagroo. Let’s be honest with ourselves, haven’t we all just fallen for her, when she comes to that shaky Skype call in TVF Pitchers, somewhere in the second episode. In that seven-minute scene, you can already see the sheer spontaneity that Maanvi possesses, and suddenly the whole world just brightens up with her honest, warm smile. Of course, then comes the goofy and weird Chanchal who brings such innocence and austerity to screen that you just want to see her in all her happiness. These characters, these quirks, these role definitions, come from an Actor who is incredibly assured of herself to the last beat. And perhaps, that’s what makes Maanvi Gagroo such an incredible force on Web TV. Thus, It was imperative that our ever growing major crush on her, formulated into an interview. The excerpts of it below..

It’s obviously been an extremely interesting journey. I’ve learnt things along the way, I’ve made some great friends and hopefully, I’ve become wiser about my professional choices. I don’t think I attribute it to any ONE factor. Of course, luck has a huge part to play and I’m thankful for all the experiences that have come my way but it’s also about the choices one makes. Some easy some tough ones but yes, it’s a mix of both along with effort and conviction in one’s beliefs.

We aren’t exaggerating when we say that you are ‘The First Lady Of Indian Web series Circuit’. How does that moniker sound to you and we’re curious as to what made Maanvi pick the role of a sorted and driven – Shreya when arguably it was a time when we weren’t author backing female leads on the YouTube space as much as we do presently.

Haha, that’s tremendous pressure to have! You know I don’t know if this is actually true or just a figment of my imagination but I’ve seen that a lot of people think that I, Maanvi, am a lot like Shreya IRL. I can see it in their eyes! And that’s not true at all!! I’m not sorted or as calm as her. I’d love to be but I’m nowhere close to her. I also feel that Shreya is considered ‘the best girlfriend’ because of her relationship with Naveen. So it’s really their relationship which is seemingly perfect.

When the part of Shreya was offered to me there wasn’t much to her except that she was Naveen’s girlfriend and that they were friends first before being boyfriend or girlfriend. That’s all I knew because the show was being written simultaneously to the production. It’s only now when I look back that I realise how great a character Shreya is! My favourite thing about her is the fact that she could be anybody. At no point in the script is Shreya defined by her physical appearance. She could’ve been played by a tall/short, fat/thin, fair/dark girl. That to me is a well written female character! Someone who’s defined by her traits rather than just her looks. Usually casting calls work the other way.

Post TVF Pitchers, which we all know made history as one of the most successful web series ever made, you chose to take up the role of Chanchal in TVF Triplings. Now when we closely analyse these two roles, there’s a certain exterior goofiness and inner solemnness to Chanchal, which is perhaps a bit of an opposite to what Shreya was. Comment.

Sorry to burst the bubble but it was never a conscious effort on my part to play Chanchal similarly or differently from Shreya. I approached Chanchal like any other character. In absolute rather than comparative terms. She has her own set of traits. Her own strengths and weaknesses, her own goofiness or stoicism. The two characters could’ve ended up being similar. Although I’m very pleased to know that you think they’re not. I’ll take that as a compliment, thank you.

We say. They say. We all say – “Shreya Is the Internet’s Favourite Girlfriend”. What do you have to say about that, and what makes people connect with Shreya so much, even now. We are curious as to how you prepared for the role which we hear you bagged at the last moment.

I think the reason why people connect to Shreya is coz they see themselves in her. Or someone they know. She represents our regular millennial girl. She speaks the same language as we all do, she dresses like us, she jokes like us and she thinks like us. And that was a refreshing character to watch on screen. Most of the on-screen female parts we see today are either too unreal or too regressive. So I guess that’s why people like her because they either are her or want to be like her or want someone like her. I’d like to add that these reasons apply not just to Shreya but the entire show as a whole. Finally, people saw themselves in one or more characters.

Moving away from your web work, let’s talk about Maanvi. What brings her to the arena of Acting. In a different interview that we came across in our research, we saw that you moved back to Delhi after you lost hope in getting meaningful roles. What were your thoughts at that point in time? If you hadn’t had reasons to come back, do you ever wonder what you might’ve taken up instead of acting?

Yes, I did move back to Delhi after finishing Dhoom Machao Dhoom but not because I lost all hope or any such thing. The actual reason is much less dramatic. The Disney show was always supposed to be a one-off thing for me. I finished shooting and went back to studying. It was only after I was offered ‘Aamras’, my first film, that I decided to give acting a real shot. If not an actor I would’ve either been a psychologist or something in advertising. (They’re not as unrelated as you might think!)

Now since we’ve troubled you enough with long questions, let’s do some fun, shall we? Below are just some flash questions,

If TVF Pitchers were to be made into a Hindi movie, who would you cast in the role of Shreya?  What if it was to be an English one?

What are your favourite five web or Television series of all time? And who are the five actors that you are in awe of?

Friends, House of cards, Sex and the City, Coupling and Pitchers and Tripling. I LOVE Konkana Sen Sharma as an actor. Kate Winslet, Emma Stone, Jake Gyllenhaal and Leonardo DiCaprio.

Could you share with us 5 things about Maanvi, which not many people know on Earth know?

I’m very lazy, I’m very very VERY emo, I’m very sensitive to people’s energies, I’m a fabulous (if I may say so myself) dancer and I hate the word ‘should’.

Five friends who are the closest to you in the industry and what is that one quality in them that you’d want to steal from them if possible?

I’m strictly sticking to friends within the industry..,
Sriti Jha. I’d like to steal her ability to always try and see the good in people or situations.
Amol Parashar. I’d steal his will power.
Tarun Singhal. His enthusiasm for trying new and adventurous things.
Nidhi Bisht. Her inherent nurturing instinct.
Amit Golani. The part of his brain that deals with money and all things related.
Naveen Kasturia. His ability to remove opinions that matter from the noise they’re often found in.

In exactly five words explain the journey of Maanvi till now?

Here come the obvious questions now. What’s next for you? Where are we watching you in the future? And the public wants to know, when are TVF Pitchers coming out and when do we next meet Shreya again?

Hopefully a bunch of varied work in every possible medium. I have a film coming out called ‘You are my Sunday’, two short films, one cine play and 2 web shows. I don’t think Shreya is a part of Pitchers 2. *sobs*

Lastly, what would your advice be for people looking to bring out content on web platforms? What according to Maanvi, a psychology graduate, are the things which are brilliantly working for successful web presentations and what aren’t?

I’d like to believe content is king. A good script, coupled with tremendous sincerity towards it, is a winning combo.
Going for gloss and superficial fluff will only last a short while, if at all. There has GOT to be a connect with the web audience and an understanding of their likes and dislikes.