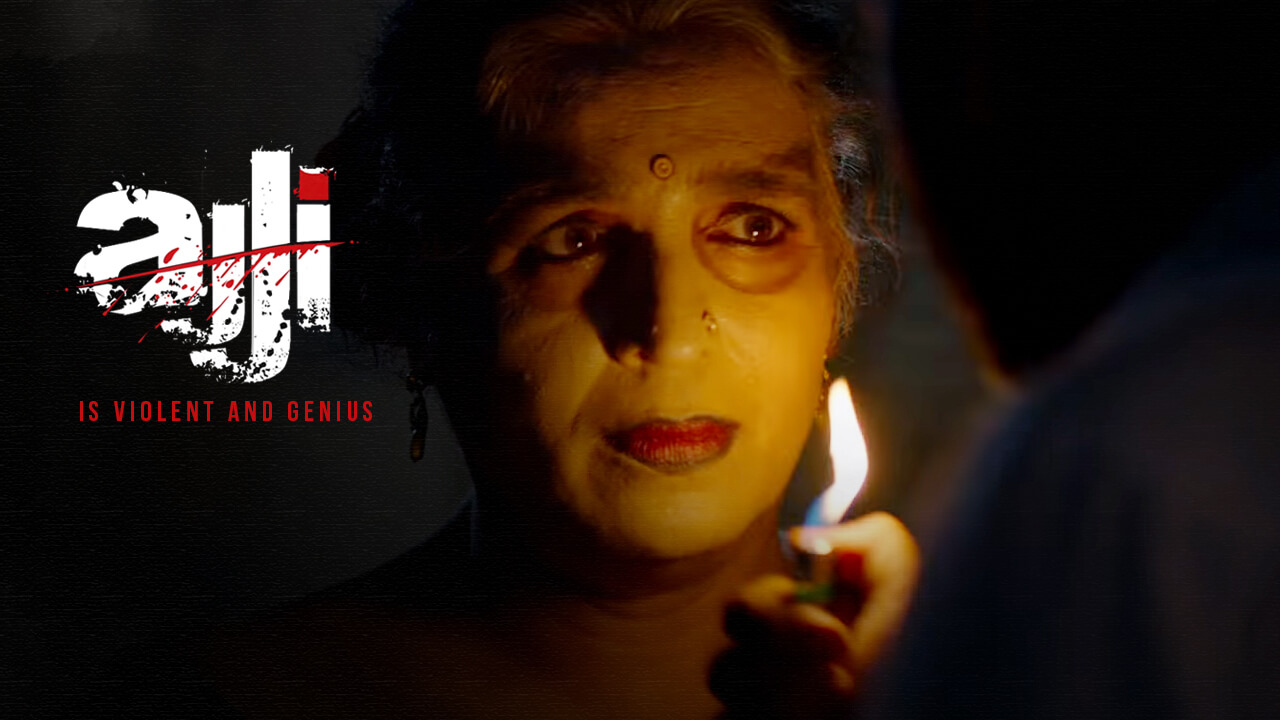 Ajji Searches For Manda In The Brooding Slum Of Nowhere

In a desolate slum somewhere in the brooding little corner of the country, a grandmother sets out to search for Manda, her 10-year-old grand-daughter. After searching all across the veining turns and streets of the slum, Ajji, with the help of a local prostitute Leela, finally locates Manda in a horrifying way. The little girl is found thrown in a garbage dump, with her clothes torn off, and her skin scarred with blistering wounds. Ajji and Leela then seek out the local constable to help them zero in on the rapist. Meanwhile, the young girl is mentally shaken up to the core, and just barely mutters out a name. The name, Dhavle, is of a local goon, who happens to be the son of a local real estate developer. As soon as the constable finds out that Dhavle is the perpetrator, he resorts to hushing up the case, entirely. Thus, starts the police intervention as they threaten the family to pursue the matter any longer.

A Grandmother’s Wrath And Howling Devil Of The Slum

This is where Ajji, the grandmother with aching knees and a cold anger in her blood, sets out to seek vengeance on Dhavle. And so slithers the movie from a deeply disturbing incident initially, to the razor sharp scheming old lady, to the surgical execution of the revenge. Ajji shines in these three broad chapters, creating a truly palpable atmospheric chill down the spine. Be it the vulnerability of the downtrodden, the arrogant ambience of those in power, and the brilliance of brutality of the revenge. Ajji as a film is practically captivated by its protagonist, Sushma Deshpande, a renowned name in the theatre circuit. The movie also benefits from Leela’s outspoken stoicism in the form of acclaimed actress, Saadiya Siddique. But the film truly escalates to a dizzying height, when the audience is introduced to the antagonist of the movie, Dhavle, played by Abhishek Banerjee. Abhishek Banerjee breaks away from his witty and slow burn humorous role of web series Humorously Yours and consumes the shrill of a villain here.

Dhavle is a psychotic monster, whose image, the drunken demeanour and hysterical laughs, will stay etched in your mind long after the movie ends and the vengeance is executed.

The Design of Ajji And The Relentless Focus

In one the movie’s most disturbing scenes, we are shown Dhavle graphically molesting a mannequin and howling like a wolf tearing apart a lamb. It is filmmaker Devashish Makhija’s brilliance in mimicking the violation of Manda,  something as lifeless as a mannequin. Perhaps, the violent prelude of the scene lies in the explanation that, to Dhavle, any woman is an object, lifeless and to be savoured. A point worth mentioning is that Devashish never tries to bring in layers to his antagonist. He saves that part to Ajji. Dhavle is pure seething evil, the camerawork creates a swallowing aura around him, that makes you cringe at his presence right from the first frame.

The film, therefore, makes you clearly define your hero. But as you do so, Ajji represents a hero who slowly defies all limits of sanity in avenging her grand-daughter. She suffers silently, contemplates strategically, practises skillfully and executes perfectly.

By the end of it, Ajji becomes a demonic strength in herself, as she swallows the sickness around her, to emerge as a focused madness, becoming more vile and dangerous than her target.

Ajji and its maker, Devashish Makhija take the children’s fable, Red Riding Hood, and feverishly twist it to suit the present day of rape, violation and sexual assaults. Interestingly, the maker never reveals where the slum is, so as to make it a universal issue. An area where the definitive lines of morals and ethics, possibilities and horror are all blurred. And this swirl of darkness is ably captured by the brooding camerawork by Jishnu Bhattacharjee, who creates a claustrophobic atmosphere which drags you into each frame immediately. The atmosphere of strangulating violence is revered upon by the minimalistic music design by Mangesh Dhakde.

The people involved are tortured, sickened and shaken to the core. This is where the movie stands proudly as an epitome of revenge dramas. The benchmark has been set, and perhaps in Devashish Makhija, we have found our next Anurag Kashyap.

Unapologetic, relentless in its endurance, uncomfortable and urgent, the perversity of corrupt cops and the whole institution of violence makes Ajji a standout film of our times, which cannot be missed by any movie enthusiast.

(PS: Ajji was showcased at Busan Film Festival and the recently held Jio Mami film festival, garnering incredible acclaim from both the film critics and the audience. The movie will release soon for the general public.)