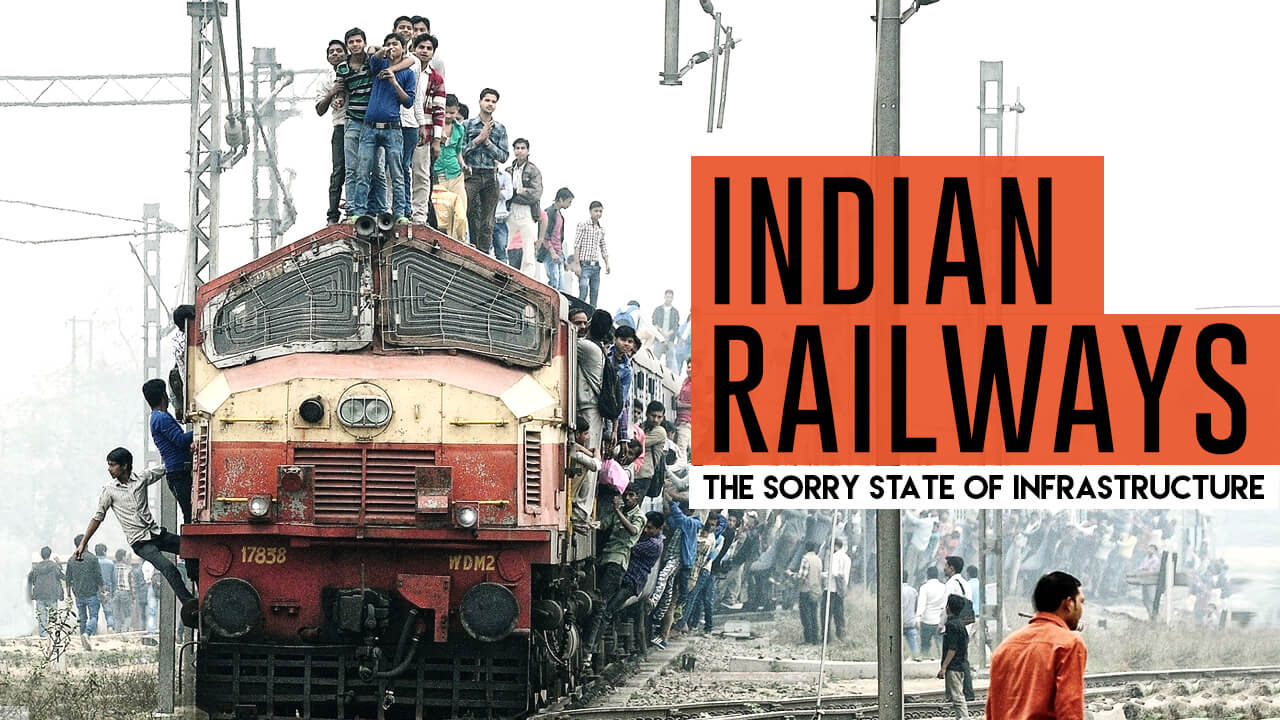 The Affair Of Accidents And Misfortunes – Things Plaguing Indian Railways

How many of us remember today that 30 lives were lost in a stampede at Elphinston overbridge in Mumbai. Most of us don’t because we have become immune to mishaps, as they happen almost every day. Successive Govt’s have come and gone but the railways’ infrastructure remains the same. New trains are added in every railway budget but little or no money is allocated towards modernization of railway tracks and other related infrastructure.

The current Railway Minister Mr Piyush Goyal announced that the timings of around 500 express trains would be reduced by 15 minutes to 2 hours.  In other words, these trains will now run faster.  The idea behind this mega announcement is that the railway authorities would get around 3-4 hours of extra maintenance time in a month.  However one fails to admire the logic behind this announcement.  The railway tracks throughout the entire country have become totally worn out over the years and need frequent repairs.

As many as 8 out of the last 11 train accidents have been the result of derailments.  The recent spate of railway accidents, which ultimately led to the resignation of the erstwhile Railway Minister Shri Suresh Prabhu, was largely a result of faulty tracks, sleepers or fish plates. Nothing has changed on the ground since his resignation.

The Motive Behind The Announcement – A New Life For Indian Railways?

The motive behind this tall announcement is not understood. Faster trains can only run on strong railway tracks.  Going fast on existing tracks may only result in more train accidents. When train accidents happen, human lives are lost and whole families are destroyed.  Merely offering hefty compensation to the bereaved families won’t bring the deceased back.  Railways are obliged to provide a safe journey to its commuters. It becomes more important as Railways is still the preferred mode of travel by the common man.

Railway bridges of the British era still exist and effectively support our railways even to this day. Replacing British Era railway bridges could take as long as 60 years.  This too will happen only if we maintain the current rate of replacing around 600 railway bridges every year.  Consider these alarming facts-

The Compensatory Measures – Do They Solve The Actual Problem?

Gimmicks like dynamic fares, massive increase in reservation cancellation fees, Suvidha trains etc keep getting initiated to fill the railway coffers but none of this revenue is used to improve railway infrastructure.  The reliance on unsafe ICF (Integral Coach Factory) coaches is to be reduced immediately.  Instead of them, LHB (Linke Hofmann Busch) coaches, which have anti-capsizing and anti-climbing features that minimize damage during an accident should be manufactured in increasing quantities.

India still lacks modern signalling and communication systems.  In many areas, manual signalling is still used.   Travelling in unreserved and sleeper class railway coaches of our trains clearly, justifies the term ‘travelling cattle class’. The filth, the dirt and the squalor that surrounds most of our railway stations till now is abominable, to say the least. Even after paying a handsome amount to travel in trains, the consumer still gets third-rate services.  Problems like unmanned railway crossings or railway lines passing through forest areas, which result in so many deaths of both men and animals, still remain largely unresolved.

There are still more than 4000 unmanned railway level crossings in our country. Our local trains lie in shambles.  The safety of commuters travelling by these local trains is compromised on a daily basis. Incidents of stone pelting, chain snatching, pickpocketing etc in local trains make frequent news and have become so common that commuters look at them as unavoidable travel hazards.

Yet we have the audacity of announcing bullet trains for the future, that might fulfil the needs of a needy, but a small community of travellers. Railways should first preserve and upgrade its existing infrastructure, before it may even think of adding anything new.