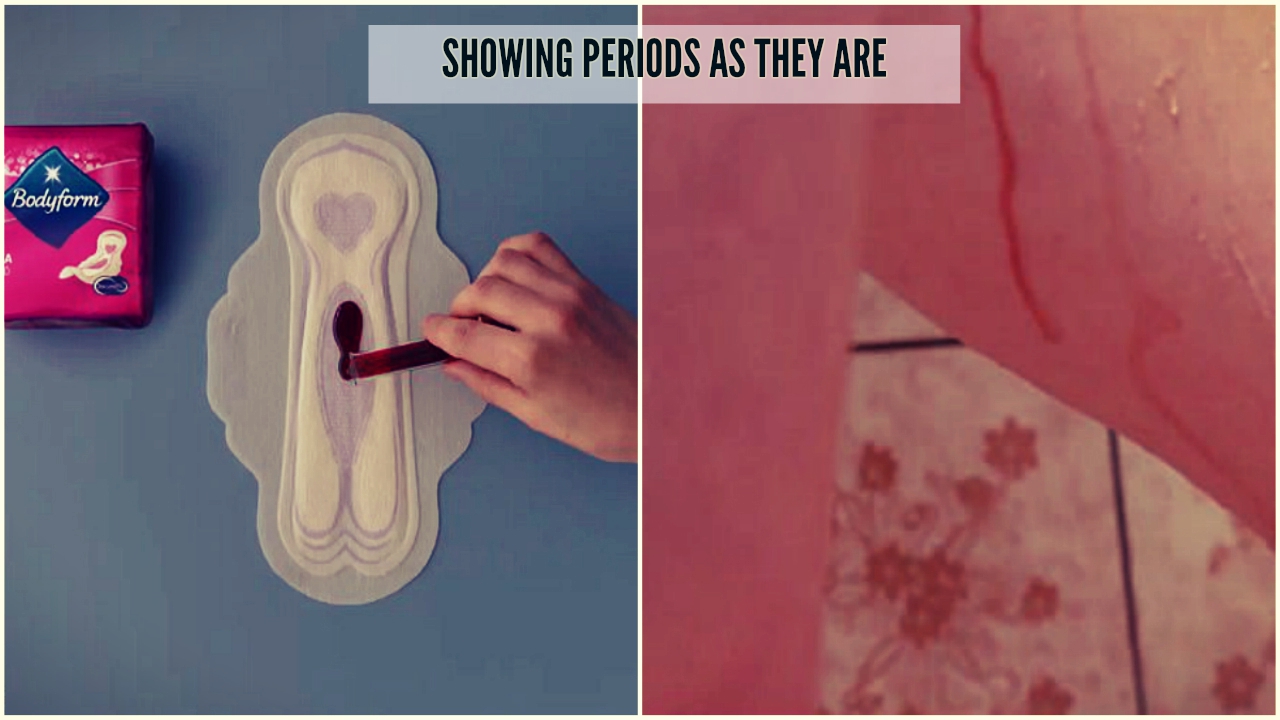 Sanitary Napkins And Periods – A Reality And A Taboo

A while back a video by renowned comic Aditi Mittal was going viral on social media and YouTube. The video was about sanitary napkins and some of her unique and hilarious observations about sanitary pads and mainly the way it is advertised left us all in splits. Come to think of it, Sanitary Napkin ads have a world of their own. A world where the girls want to wear white pants specifically on her periods and want to go for all the adventurous or world-saving activities and are happy and smiling. You really think I will be happy when my own body seems like it is conspiring to kill me? No.

But the most classic of them all is the mysterious blue liquid that is used to represent the blood flow. I mean, that’s how blood looks, right? Blue. Because women are aliens from another planet (insert the rolling eyes emoji).

The Misleading Approach Of Pads Utility

However, setting these stereotypical and misleading approaches aside, a new ad by ‘Bodyform’ pads is perhaps the first sanitary pad advertisement to show the real deal. Instead of the stupid blue liquid, the ad uses red liquid to show the blood flow. You know, the colour of actual blood. The ad did not stop at breaking just this one stereotype. It also features a shot where blood is shown running down the thighs of a woman in the shower.

Amidst various attempts to normalize the concept of menstruation, and starting a dialogue about it that would help women to break the taboos associated with menstruation, this ad gets a brownie point for showing period and blood as it is in real life. Interestingly, there are no happy women in white pants saving the world in the ad. In fact, the ad does not show a woman properly at all. Rather it breaks another stereotype.

If you have observed sanitary pad advertisements closely, you would notice that men in such advertisements are absolutely absent. But this ad not only has a man, but he is the one buying the pad from the store. And guess what, the world around him did not collapse after the act!

Jokes apart, this imagery is almost as powerful as showing real blood, as it would take both men and women to end the concept of period shaming once and for all.

The Prevailing Ignorance About Periods, Sanitary Pads And Female Hygiene

In a country like India where ignorance about periods, female hygiene and basically anything related to reproductive organs and sex is rampant, an ad like this is the change we need desperately and urgently.

Apart from the ad, the company has also started a campaign with the ‘bloodnormal‘ hashtag. In fact, they have also released a tongue-in-the-cheek video where the CEO of the company apologizes for misleading men with the blue liquid for ages. Funny and witty, this video further adds to the company’s attempt to normalize period and period blood.

For years, menstruation has been a source of shame and topic to be discussed only in female company, that too in a hushed tone. As a kid getting my first period, even I was instructed to keep it a secret and taught to feel ashamed of something that is a normal body function. In fact ostracization of a sort is often carried out when the women in our country go through menstruation. Why? Because men, if at all informed about menstruation, are conditioned to be disgusted by it.

Thus the idea is to market sanitary napkins to woman wrapped in images of empowerment and happy faces in tight white pants so that if a man catches the advertisement on TV it does not make him uncomfortable or disgusted.

A Cautious Effort To NOT Show And Tell

In fact other campaigns, like the ‘Touch the Pickle’ campaign by Whisper, although an attempt to end the taboos surrounding periods, refrain from showing the supposedly explicit images of blood and the actual messiness of periods. Yes, it is messy, but it is normal and definitely not something to be disgusted by. It is this particular point that the ad drives home and does it effectively.

From the early ads when the idea was to convince woman to use a sanitary napkin in place of clothes, to products that make sure that nobody knows that you are on your periods, to pads that ensure you can climb and conquer Mount Everest on your periods, to the one that finally shows how women bleed in real life and it is absolutely normal for men to go and buy female hygiene products, sanitary pad advertisements have come a long way.

Numerous campaigns and awareness programmes to start a dialogue about menstruation, and taboos it is surrounded with, have been initiated, but unless we can convince people, especially men to not to be grossed out by this bodily function, our efforts will fall short. And this ad deserves an applause to have taken a giant leap in this direction.