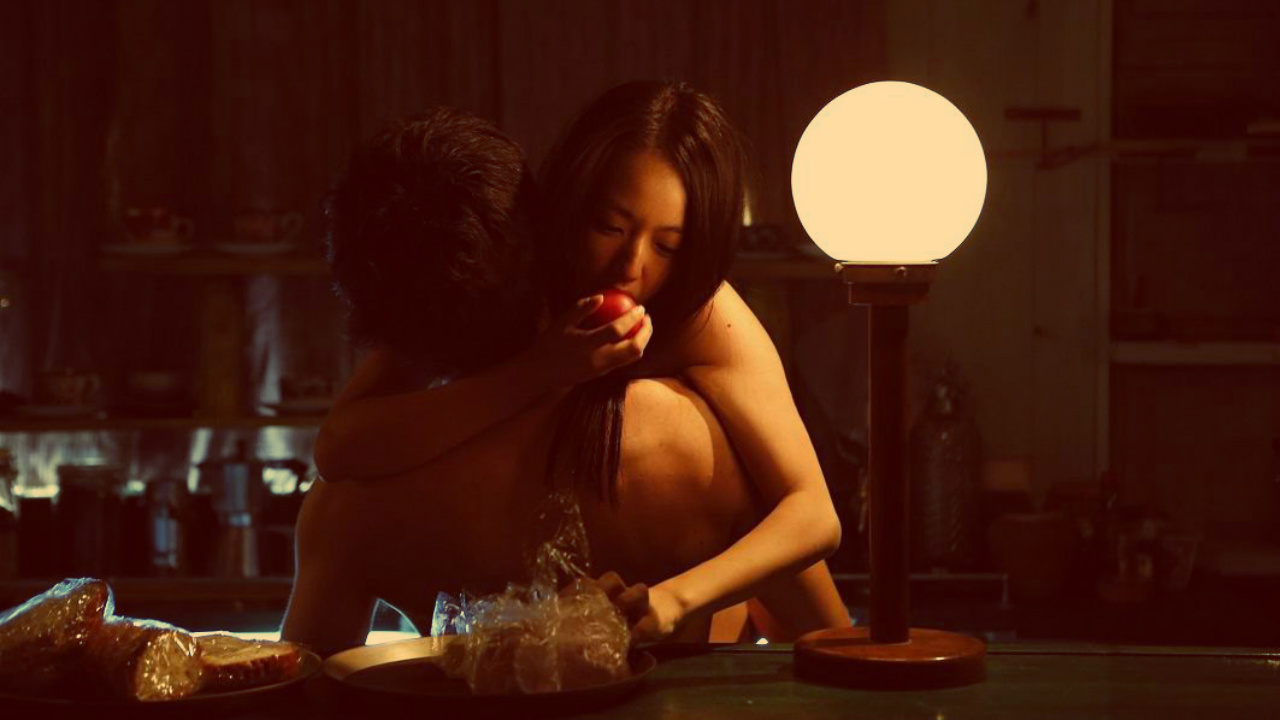 Akihiko Shiota’s raunchy film about a man in self-imposed exile being chased by a predatory beauty is a fun tribute to the ‘Roman Porno’ genre of Japanese films of the 1970s. The premise is set in a simple austere forest landscape, where a sexually very active young woman takes it upon herself to seduce, and participate in sexual interactions with a playwright from Tokyo, spending his days in self-exile. The playwright, Kosuke (played by Nagaoka Tasuku), plays a dejected person whom failure and excessive sexual promiscuity have driven to the countryside for self-reflection. The woman in the story, Shiori (Mamiya Yuki), cut-across him as she bicycles directly into a canal.

Unfazed by her wetting, she removes her T-Shirt before Kosuke, and plainly asks him “You live here? I have nowhere to go.” All the while, as the befuddled Kosuke gawks at her breasts, she casually flaunts them over the scene. This is the perfect opening for a film that leads off a reboot of the venerated tradition of Nikkatsu’s Roman Porno line, a special strand of sex films the major Japanese studio focused on from 1971 onwards. Television had conquered the Japanese market, and the beleaguered cinema companies had to branch out, relying on exhibition and real-estate deals. The solution, to bet on comparably cheap and profitable films in the so-called “eroduction” business, proved revelatory.

In keeping with Nikkatsu’s strict guidelines of a one-week shoot, sub-80-minute runtime, and nudity every 10 minutes, the film proves not just a legitimately erotic affair, but also a hugely entertaining one. The frequently disrobed Mamiya is a playfully spirited screen presence. In a genre whose tone has flailed wildly in the past from ponderous drama to political polemic, Shiota keeps his film lighthearted and humorous throughout, with the aggressive flirtations between the two leads producing plenty of laughs, before literally bringing the house down when they do inevitably consummate their courtship. While hardly fun for the whole family, Wet Woman in the Wind is easily the most successful entry to date in Nikkatsu’s new wave of pornographic romance.

You may catch the movie on streaming services like MUBI here.