[VoxSpace Selects] Marcus Bartley : A Pioneer And A Magician Who Redefined Cinema With His Lens 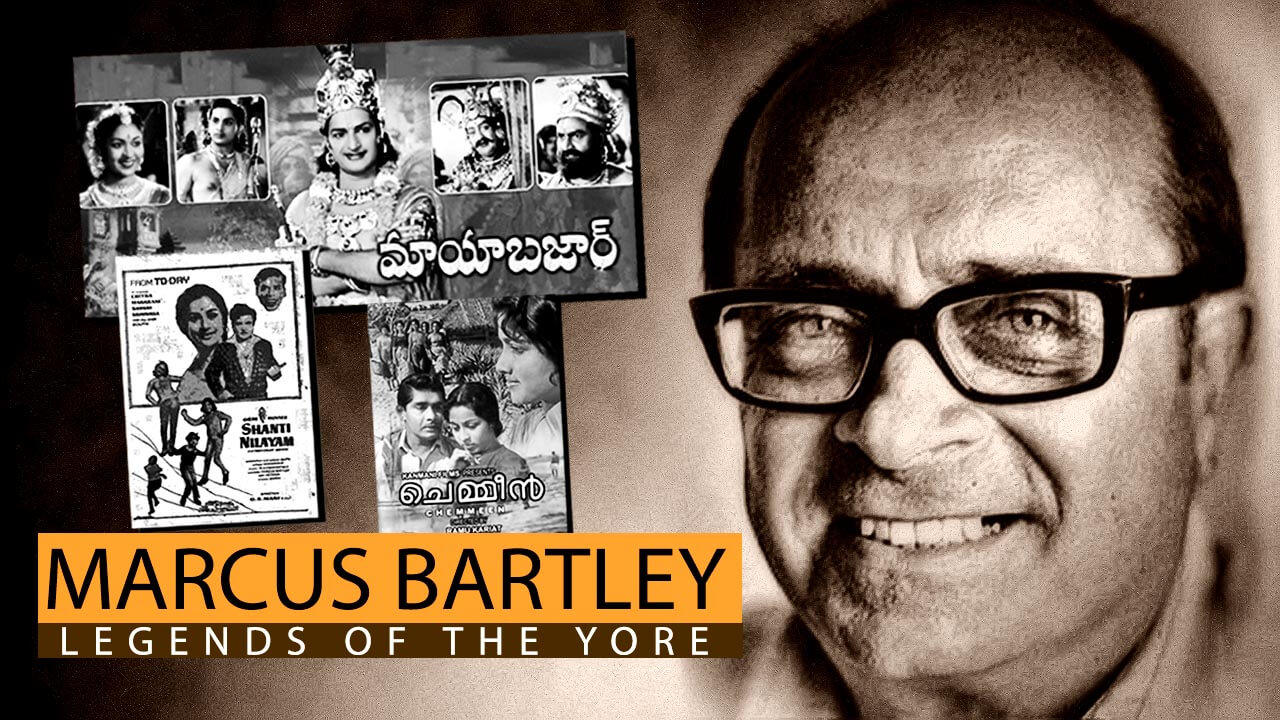 The Creation Of Visual Poetry -- The Lens Of Marcus Bartley

There is a reason to call a few of the yesteryears’ movies ‘evergreen’. We agree to the fact that with time many things change, but when we call movies or songs ‘evergreen’, obviously it means that those movies or songs have aged pretty well. We find them in utmost quality even today. And such pieces don’t appear from out of the blue. There are some really talented and dedicated minds who’ve worked behind these. One such person, who stands as a GodFather to many in the industry, but is barely known to the present generation, is the cinematographer Marcus Bartley. With more and more movies turning up every Friday, we are not only carried away with the present digital world (no harm) but fail to recollect such pioneers in art. This the only reason we wanted you to spare some time to be aware of such legends in Telugu cinema, that we should truly be proud of. And moreover, it is necessary we remember him through his amazing work.

Now, when we talk about Marcus Bartley, most of us barely might have even heard his name properly. But, if I name a few movies, his brilliance will automatically flash in your minds. Movies like Shavukaru, Pathala Bhairavi, Mayabazaar (all Telugu), Chemmeen (Malayalam), Shanti Nilayam (Tamil), Ram Aur Shyam (Hindi) are a few of the movies that stand to his credit. His approach and game with lighting is something even cinematographers of today admire.

The Beginning years of Marcus Bartley

Born in an Anglo-Indian family of doctors, Bartley was interested in photography right from his childhood but never went through any formal training. Everything he picked up, he did by himself. His parents were supportive and left him to make his choices in life. It was in 1940, Bartley left for Bombay and positioned himself as a rookie photographer with ‘Times of India.’ Gradually he started to learn different techniques and methods in cinematography all by himself. He then worked as a News Reel Camera Man for ‘British Movie Tone’ in India. After gaining sufficient knowledge in cinematography, he moved down to Madras and worked in his first movie ‘Thiruvalluvar’ in 1941. The Magician Who Redefined Cinema Visually

It was in 1944 when Bartley worked for the movie ‘Swarga Seema’ that opened a new chapter, not just for him, but for many cinematographers in the years that followed. He associated with BN Reddy and became the permanent cinematographer for the latter’s Vauhini Studios. His association with BN Reddy resulted in churning some of the ‘evergreen’ classics like Pathala Bhairavi, Mayabazaar, Misamma, Gundamma Katha and many more. His cinematography was something new that Telugu cinema never experienced till then. He impressed the audience with his amazing techniques in the movie Pathala Bhairavi. He continued it with Mayabazaar which is a testimony to Marcus’ brilliant contribution to the field of cinema. Some brilliant musings to pick from this film are:

The song Lahiri Lahiri Lahiri lo.. picturized on ANR and Savitri was a song that has become a case study to many cinematographers lately. It was shot in Ennore, a suburb of Chennai and the outdoor shoot lasted only for 10 to 15 secs. According to his assistant Ambu Rao, Bartley created the moonlight effect in the studio, which was the first of its kind technique used in Indian films. Watch the song here and see the finesse he has put into filming this song.

His wonderful creation of Dwaraka with 300 miniatures and he had the heart to credit it to the art director Madhavapeddi Gokhale. And yes, the epic scene of Ghatotkacha in the kitchen took nearly four days to shoot. Everything was shot in stop motion and this was the advent of amazing visual effects in Telugu cinema.

Bartley’s magic continued to surprise the audience with his camera every time he picked the camera. He also contributed to the classic Malayalam movie, Chemmeen which happened to win the President’s Gold Medal for Best Film. The movie released to unanimous acclaim by critics and audiences alike. The photography by Bartley was considered top class, where the director of the film, Ramu Kariat, admitted that Bartley’s camera work was a major contribution to the movie’s success. However, it is rumoured that he fell out for a minor portion of the movie due to creative indifferences and that cost him a National Award.

However, in 1969, the movie Shanti Nilayam that starred Gemini Ganesan and Kanchana won him a National Award for Best Cinematography.

Bartley is considered a strict professional on sets. He would ensure himself to be present with the writer and director while working on the screenplay so that he could work on his lighting. He made a team for himself which he hand-picked and they would strictly adhere to what Bartley instructed them, all in silence. Apparently, Bartley would never allow anyone to even touch his lens. And when it came to punctuality, the entire crew including the actors would respect Bartley and feared to cause any trouble. It is said that during the movie Ram Aur Shyam, even Dilip saab chose not to turn up late anytime as he would be picked up by Bartley. In spite of working with some of the stalwarts across various industries, Bartley never chose to socialize with them. Though he was commented by a few producers for being slow (which was because he would take proper care in setting up each shot), he would complete work on schedule. He never craved for publicity and that’s a reason we have never seen any of his interviews.

After his second Malayalam movie, Mamangam in 1979, he took nearly a gap of five years to come up with his next, Zindagi Jeene Ke Liye, which released in 1984. He then suffered from diabetes for a long time as he chose to treat it all by himself. He gave up on cinematography and chose to only repair lenses. Arriflex appointed him as their authorized service person and Bartley would sit all day just repairing lenses in silence. His health started to slowly deteriorate and in his last days, it was BN Reddy again who along with Bartley’s son admitted him to the hospital for treatment.

Marcus Bartley breathed his last on 14 March 1993. We might not have him amidst us now, but he left his memories through some of the brilliant lessons in cinematography and visual wonders that he gave us and many generations to come.