[VoxSpace Tech] How Tata Nano, Touted To Be Every Man’s Car, Failed Miserably 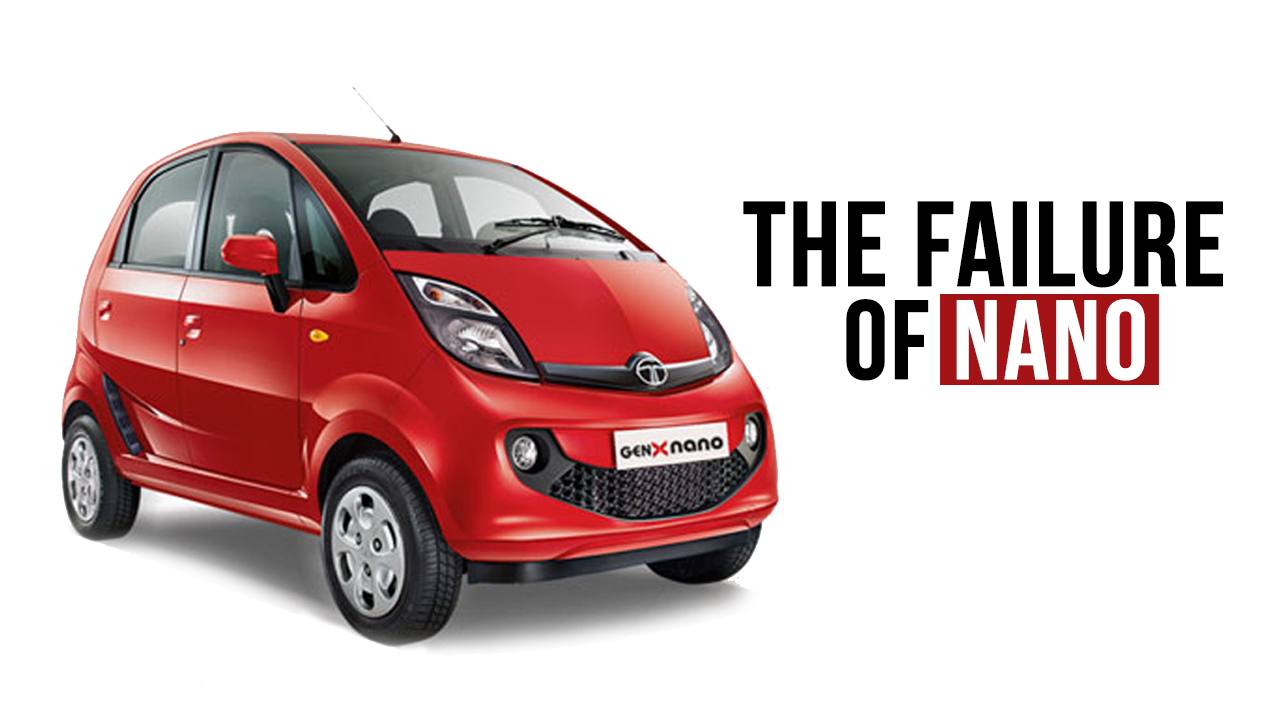 A Dream To Change The Automobile Industry – The Tata Nano Concept

When something sounds too good to be true, chances are that it’s not actually true. However, what happened with Tata Nano is even worse. Yes, it was true that a car that costs a mere Rs 1 lakh was made and all media organizations, pundits, industry experts went gaga over it. Then, at the end of the day, the very same car not only fizzled out, indications are that it is taking down the entire company along with it.

When Ratan Tata announced the Nano, the world took a collective gasp and why wouldn’t they? After all, it was the cheapest commercial car ever made in the history of automobiles. It was a marvel and it didn’t only put Tata Motors back in the limelight, India for sometime basked in the glory.

The story behind the car was quite poetic; an established industrialist had a vision. In an interview way back in 2008 with TOI, Ratan Tata had mused the driving force behind Tata Nano saying,

“You could not help but notice there were three-four family members on a scooter with a kid standing in the front, the guy driving and his wife sitting side saddle holding a little kid. When you are driving a car, you say to yourself to be careful, you know they may slip and fall. Add to that slippery roads and night time riding and you have a reasonably dangerous form of transport.”

He felt that he should do something about it and he came up with the solution – a car that will be so ingeniously made that would cost almost half the cost of its nearest competitor. To achieve this there were setbacks; the car was not supposed to have any of the modern-day thrills. There wasn’t a radio, sun visor, power steering and air conditioner in it. But, what it did have was the capability to carry four people, a nuclear Indian family from point A to point B without any hiccups.

The profit margins were wafer thin on this one but that wasn’t going to be a problem for the company you see, as one expected it to have a massive demand. Tata Nano was being touted as the “People’s car.” The last time something like this had happened in India’s automobile industry before Tata Nano was way back in the early 1980s when Maruti 800 was released, a car which then became synonymous with the middle-class Indian households.

The same success was expected to be repeated again as with Nano, as the car was dirt cheap, Indians had the buying power and why would someone not buy a car that’s selling for almost the same price as one pays to buy an autorickshaw.

Deep Down The Rabbit Hole – The Financial Setback

It was a win-win situation and Tata Motors needed the break because Ratan Tata had gone too far down the rabbit hole to chase his dream. The idea which he conceived in 2003 was chugged till 2006 when the firm finally decided to set up the plant at Singur in West Bengal. However, that gave rise to huge complications fuelled by an agitation led by Mamata Banerjee, that not only ousted the firm out of the state but also toppled the CPI (M) party that had been ruling the state for thirty-four years at a stretch. Modi, who was the then CM of Gujarat, saw the potential of the project and wooed the Tatas to step up their new plant at Sanand, near Ahmedabad. Although the then Gujarat CM gave the benefits and sops to the firm, the cost of relocating and dismantling alone had cost the Tatas over Rs 2,000 crore, that the firm had every plan to recover from it.

Even after all this high-octane drama, Tata Nano was touted as a success because it was simply without a precedent. The TIME magazine while listing it in the “The Dozen Most Important Cars of All Time” said,

“…at $2,500 it’s hard to see it how it won’t sell, but even if it doesn’t it will become the poster car for a new, stripped back style of engineering — glue instead of welds! — that could change the world.”

Ironically, the first part of it was off the rockers even if the second assumption about it was true. The initial buzz regarding the car was quite promising, as limited cars were being manufactured in the initial stages; a lottery system was put into place and in 2009 when things were getting hot, Nano received a massive 203,000 bookings. Ratan Tata said he was confident that

“Nano project will make money for Tata Motors” and the firm would give China, the largest automobile market in the world a pass because “we have got our hands full with a lot of demand coming from the Indian market. At the moment, meeting the local demand is our primary concern.”

The Downfall Of An Ambitious Idea – Tata Nano Doesn’t Fly

However, all this came crashing down. After the initial euphoria regarding the car evaporated, what remained were dismal sales and a huge liability. In March 2017 the car sold a mere 174 units, whereas, from April 2016 to March 2017 the firm managed to sell only 7591 units, which were nowhere near to the initial projections of 20,000 units per month that Tata Nano was supposed to achieve. Meanwhile, the losses ballooned and Tata Sons’ former chairman Cyrus Mistry estimated that losses from the ambitious Nano project were around the region of Rs 6,400 crore.  In fact, that is one of the major reasons that led to his being ousted from the Tata Sons’ board. He asked Ratan Tata to kill it and the group scion didn’t do it, despite the fact that his dream project was choking the entire organization. After this entire hullabaloo, what was the major reason why Tata Nano, despite being widely lauded and considered significant, failed?

It appears that no one in India wanted to buy a car that has the world’s “cheapest” tag along with it. It was as simple as that, former President of Hyundai Motor India B.V.R., Subbu puts forward,

“In a country where car ownership is aspirational, it was not the right brand statement. It was like saying I can’t afford anything else, so I bought a Nano.”

So is Tata Motors killing it? Well, apparently they are not. Thanks to a new wave in India of having electric cars, there have been strong rumours that the firm will now try to remodel the car and present it as an electric car that can be afforded by the middle-class people. Will they succeed?  Your guess is as good as mine.