[VoxSpace Tech] Cryptocurrency : A Crash Course To Understand The Madness 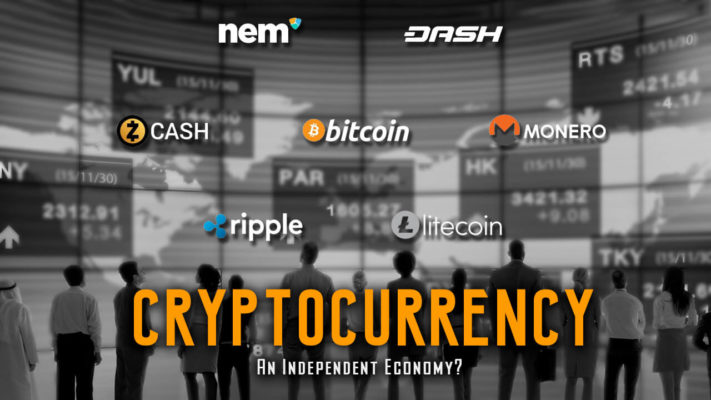 The Latest Fad In The Finance Sector

It’s a miracle; it’s a fraud; it’s incredible; it’s shitty-well; it’s cryptocurrency. Now, I would want to believe that you are one of the few lucky ones, who are blissfully unaware of what cryptocurrency is but that’s a tall order because terms, such as Bitcoin, Ethereum, Blockchain, decentralized money, a new-age scam, finance bubble and others, are now being thrown in everyday conversations. It all starts with the entire cryptocurrency buzz that we are witnessing. Yes, we could have written about this whole phenomenon earlier but call us old-fashioned; we like to see how a story develops before writing an article about it.

The Origin Of Bitcoin

So, a primer on the topic first and let’s do it with the KISS theory in mind. Yes, KISS theory, which translates to “Keep It Short and Sweet” or “Keep it Short, Stupid!” The entire brouhaha started back in 2009 after a mysterious Satoshi Nakamoto wrote a white paper that talked about Bitcoin. Here Nakamoto said that he has managed to create “A Peer-to-Peer Electronic Cash System.” The main take away from this was that it was a decentralized digital cash system. Now, decentralized digital cash system is not exactly a new thing. Back in the 90s, attempts were made to create the same thing, but all of them had perished. So, why did this time the entire idea gain traction? Well, this time the whole thing was decentralized. No centralized authority oversaw the whole shindig, instead; there was the blockchain. Blockchain is a public ledger, where all the people that are in on a cryptocurrency can see all the transactions, which are taking place.

How Does Cryptocurrency Work?

A cryptocurrency network functions with the consensus of all its participants. All of them have to agree; otherwise, it won’t work. This doesn’t mean that one beautiful day, one chooses to disagree and things go haywire. Every network has a bunch of pre-set rules, which every participant has to abide by.

Virtual currency has no intrinsic value; so you can’t exchange it for something else, like physical currency. It has no physical form, which means you can’t hold a virtual coin in your hands.

Now, the good bits about cryptocurrencies are that it works on a global basis. So, you don’t have countries and its rules preventing you from transacting any volume of it. The entire scheme is completely secure; and by secure, I mean it is impenetrable.

Here comes the dodgy bit. Cryptocurrency transactions are untraceable. There is no paper trail and the whole operation runs on addresses. Since it’s a decentralized system, it’s impossible to get a whiff of who’s doing what. Therefore, at one side it’s a good thing if you are big on individual privacy and on the other, it can be used by people to launder money, pay off for dark web products and other nefarious activities.

There are several cryptocurrencies out there. Some of the popular ones are Bitcoin, Ethereum, Ripple, Litecoin, Monero etc. Also, there is something called an ICO or initial coin offering, like we have IPO, i.e., initial public offering. Here, a company sells its newly introduced crypto tokens in exchange for some old established cryptocurrencies.

KISS theory huh? Don’t call me a liar yet; that’s the shortest way I know.

The Flipside To Cryptocurrency

So, what are the problems with this craze? It sounds all good. Well, let’s just talk about the most pressing ones.

First, it’s decentralized. To some, this is an excellent thing, but to economies, which are traditional, it creates a massive upheaval in their methods. The talk is about cryptocurrency being the new money, but with old money still being the backbone, on which the financial pillars are still standing on, the entire thing poses a risk of becoming a mess.

Cryptocurrencies are highly volatile. You may hear about people becoming billionaires by investing and trading in Bitcoins. However, since the price of these cryptocurrencies keeps on experiencing a roller coaster ride, booms turn into plummets in a matter of seconds. You may argue that so does stuff in the Dalal Street; so why are we pointing fingers here? Well, even in the wild rodeos of Dalal Street there is more accountability than there is in most of the cryptocurrencies.

Fraudulent activities are incredibly high in the field of cryptocurrencies; new scams keep on surfacing almost regularly and most of the people, talking about being knowledgeable about it, are peddling hoaxes. There was one such scam, which recently used Ryan Gosling’s face as the face of a board member. In another case, a scammer pretended to be Elon Musk and asked for Bitcoins. Things are just happening like the wild-wild-west out there.

Now, the world is divided when it comes to these cryptocurrencies. Microsoft founder Bill Gates wrote in a Reddit AMA “The main feature of crypto currencies is their anonymity. I don’t think this is a good thing. The Government’s ability to find money laundering and tax evasion and terrorist funding is a good thing. Right now crypto currencies are used for buying fentanyl and other drugs so it is a rare technology that has caused deaths in a fairly direct way. I think the speculative wave around ICOs and crypto currencies is super risky for those who go long.”

Also, there are waves of news coming in from various sources. While most of the economies are thinking twice about the regulations that they have or intend to impose on cryptocurrencies; news has also come out that Kim Jong-un has been using cryptocurrencies to fund his nuclear program. Also, Tesla’s servers were hacked to mine virtual coins and so was a supercomputer in a Russian nuclear plant!

Phew! Now we are at the end. As a parting shot, here comes an advice from a friend to a friend – if you are planning to invest in cryptocurrencies or want to have anything to do with it, Please, think several times before taking the plunge.