[VoxSpace Life] The “Second Chance” : The Story Of Hyderabad Based NGO Which Provides Shelter To The Unfortunate 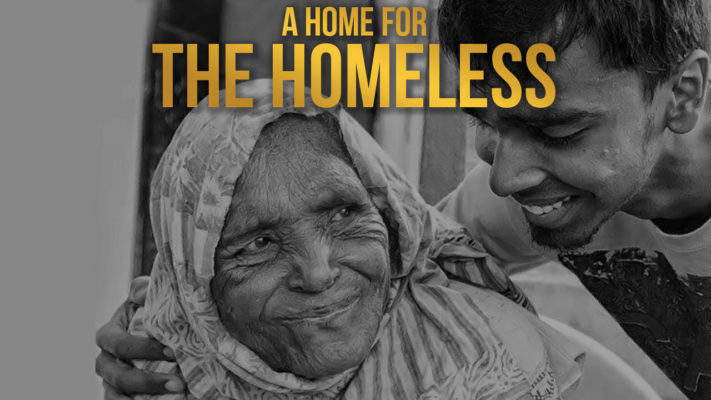 The Saviour Of The Homeless

Joseph Joji, a middle-aged destitute man, has been suffering from pancreatic ulcers. Amidst tears, he recounts his time of suffering when even a government hospital failed to provide sufficient treatment. His ordeal would not have come to an end if it wasn’t for The Second Chance’s intervention. Joseph, with every word radiating with gratitude, tells how The Second Chance not just gave him a place to live, but also provided for him and gave him the medical aid he needed. Joseph Joji is one of the 70 people The Second Chance has rescued, transformed and resettled in the past year.

What Is The Second Chance?

Crazy recovery of a dying man! | #SaveALife | The Second Chance

It is a Hyderabad-based NGO that renders a destitute rescue and rehabilitation service. Launched in April 2017, this home for the destitute and homeless, in a short span of one year, has achieved a lot. From being a home with one volunteer and one resident, it has come up to currently housing 40 people and recently managed to open a second centre in Ghatkesar.

The Second Chance is committed to a cause that is most often brushed under the rug. According to the 2011 census, about 0.15% of India’s population is homeless and destitute. Most of which live in the urban areas and a vast majority of this population comprises of the elderly, disabled, diseased or mentally ill. Despite programs like National Urban Livelihoods Mission (launched in 2013) by the Ministry of Housing and Urban Poverty Alleviation, the number of such people is slated to only increase by 2030, due to its poor implementation.

However, it is the objective of The Second Chance to rescue, transform and resettle the downtrodden. Every resident is given utmost care to their comfort, well-being and is provided with basic amenities like food, clothing, hygiene apart from the shelter.

Meet The Young Man Behind It All…

It is Jasper Paul, a 22-year-old social activist, who is the founder and executive director of The Second Chance. When asked how The Second Chance came to be, he recalls being in a freak accident where his car was completely smashed, but he came out without a scratch. He says, “God gave me a second chance and I think these people deserve it too.” It was two months after the accident that he founded the organisation.

On How The Process Works…

Jasper Paul says, “We completely take responsibility of the person even if he is on the verge of death.” People inform The Second Chance about a destitute through their helpline(8010810850) or they themselves happen to come across needful individuals on busy roads or sidewalks and bring them home, i.e, to the centre. They evaluate the person’s condition. If he/she needs immediate medical attention, they are shifted to a hospital or if possible they give treatment at the home itself.

The Second Chance has neatly divided its services into three campaigns. Under the #saveAlife campaign, after the rescue and restoration of the health of the residents, employment opportunities are sought out, like candle making or gardening, to help the residents get back on their feet.

Under the second campaign, #homeagain, The Second Chance makes efforts to reunite possibly lost residents with their families.

The third campaign, #ThelastMile, is where The Second Chance takes it upon itself to perform the last rites of those residents, who eventually succumb to their ordeal, with dignity and in accordance to his/her religion.

Jasper says, “Starting an NGO is easy but maintaining it is hard and our funding is entirely faith-based”. Even though fund-raising is a challenge for The Second Chance, it has never faced an adverse shortage, which Jasper credits to the regular updates they post on social media platforms of their residents’ transformations. Inspired and moved by their success stories, people contribute towards the funds.

On What Is Ahead And The Importance Of The Cause…

According to Jasper, there are two more centres coming up and the reason behind this he says is “To bring back humanity”. He says that personally, he has seen many destitute and elderly abandoned in Hyderabad, than in cities like Kerala, Pune or Chennai. The hurt and hopelessness of these people are immeasurable; they give birth, take care of their children and are left on streets. “I adopt them and become their child,” he says.

He further adds, “Maybe this situation is ignored in the society because it is risky and involves a lot of physical and mental energy. It is tough to pick up a dying man, take responsibility and give him a life… it is a 24/7 job.”

A difficult job, doesn’t it deserve just the more attention? You can donate in kind or in cash through their official website — www.thesecondchance.co.in or through —https://milaap.org/fundraisers/homelesscare