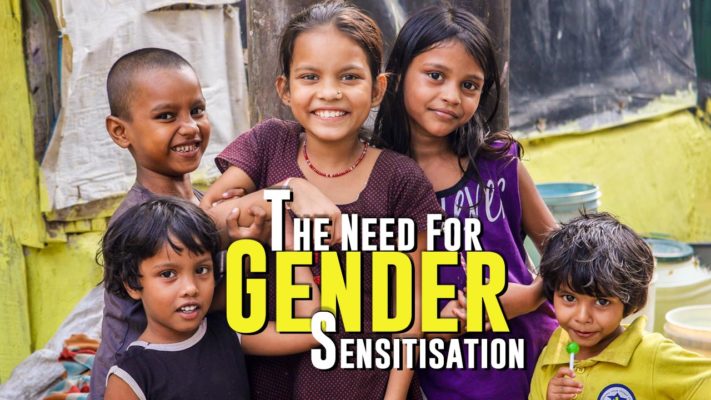 From Nirbhaya To Asifa -- The Plight Of Women Continues

Two separate incidents of rape reported in Kathua and Unnao have once again brought into limelight the sorry state of women’ safety and gender sensitivity in India. Both the incidents are clear-cut examples of rape being used as a tool to assert dominance and power. It is no secret that women have been consistently marginalised throughout the course of history due to the patriarchal notions of the society. The adverse effects of deeply rooted patriarchy have time and again manifested in the form of gruesome rapes and other incidents of sexual harassment. 16th December 2012 will always remain etched in the mind of Indians, as it triggered widespread protests and agitations against the gruesome rape and murder of Nirbhaya. The Government was forced to set up a committee under Justice Verma, which gave numerous recommendations to deal with sexual harassment in India. It also recommended that the children’s experiences should not be gendered and sexuality education should be imparted to children.

The yolk of Indian culture and traditions has been a consistent roadblock in providing gender just spaces in educational institutes. Segregation is considered by many schools to be a tool to avoid sexual harassment cases. However, this is a shortsighted and regressive step as it simply prevents interaction between the two sexes. The focal point of gender sensitization has to be to teach people to develop respect for each other’s gender and not succumb to gender roles being assigned by the society. Right from our childhood, we are trained to act in a way which prescribes to the sex in which we are born.

The males are expected to be physically strong and aggressive in their approach, while the female counterparts are expected to be accommodative and timid. This difference in upbringing can also be noticed in the way in which male and female children are encouraged to play different sports according to their sex. The games played by menfolk are outdoor games and games which enhance physical activity, while the women are forced to play games which involve less physical activity and games which prepare them to serve the men in future. This stark difference in upbringing widens the gap between genders and prevents the development of mutual respect for other genders.

Why Gender Sensitization Is The Need Of The Hour

According to NCRB data of the total rape cases, 95% of the offenders are known to the rape survivor. 27% of rapes are committed by neighbours and 9% by immediate family members. Women are often confined to their homes on the pretext of ensuring their safety and dignity. Data, however, bust these tall claims and proves that no amount of protection can avoid sexual harassment. The places having higher literacy rate tend to see a higher reporting of crimes related to sexual harassment. This is because of the fact that in socially and economically backward areas there are social stigmas associated with rape and the administration resorts to dilly-dallying while filing an FIR. In cases of child abuse and sexual harassment of children the victims often are unaware of what constitutes sexual harassment and continue to be the targets of the sexual predators. Gender sensitization classes would play a huge role in narrowing the gender gap and to make the students aware of the sexual misconducts they might be subjected to in their vicinity.

The Right to Education Act, passed in the year 2009, underlines the need to educate children on issues of gender. It pitches for a more gender-sensitive curriculum and interactive sessions between students and teachers on sexual awareness. The UGC has also issued numerous guidelines to promote gender equality in campus spaces. Educational institutes should encourage students to interact with each other, rather than attempting to bifurcate them. The participation of both boys and girls should be ensured in all types of team sports and other individual games. The students should be informed about the legal options they have in case of sexual harassment. Due to victim blaming and character assassination, which ensues after a complaint is lodged, many complainants choose not to report the sexual harassment they face. Gender sensitization programmes should be aimed towards increasing confidence of the students and to teach them that they are not be blamed for any act of sexual aggression directed towards them.

Reporting of these crimes against women and children is essential to discourage other perpetrators of these crimes, who roam in free air as a result of no case being lodged against them. Patriarchy is one of the most intrinsically woven aspects which has been furthered from generation to generation since times immemorial and is the root cause of sexual harassment, rapes and other violence directed towards women, as it views women to be objects of control as well as objects for displaying power. Hence, positive interventions in the education system in terms of the curriculum as well as the progressive socialization of students is one of the most concrete steps which can be taken in order to create a more gender just atmosphere in our society.