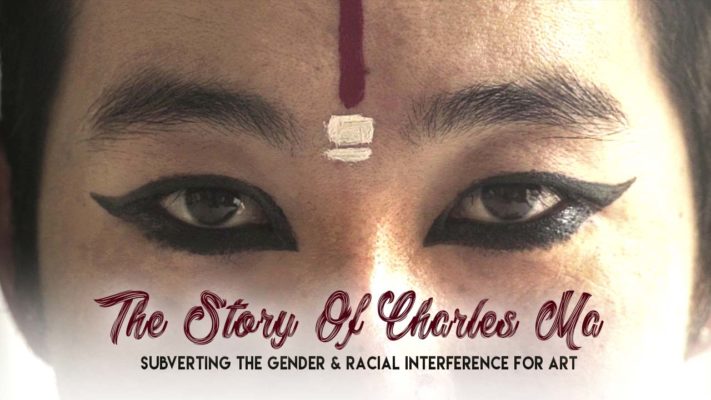 India And The Prevalent Notion Of Classical Dancers

Since times immemorial, India has been an abode of vivid performing arts borne out of different religions and ethnic socio-cultural groups. From different gharanas of Hindustani Classical music to numerous dance forms, India’s rich heritage of performing arts is transcendent and sublime, to put it in words. When talking of the Indian dance-forms alone, there are as many as eight classical styles recognized by the Sangeet Natya Akademi alongside innumerable folk and tribal dance forms. But, did you ever realize that whenever we think of a dance form – especially when it is a classical dance form – inadvertently it is the figure of a beautiful woman, decked up with jewels adorning her rich silk saree that we tend to visualize. Well, there is nothing wrong in that visualization since we have been conditioned to imagine as such since generations now.

Talking about women being idealized as great dancers, if we say that dance is an arena completely dominated by women, we would be mistaken for there have been many male maestros that India has seen through generations. Yet, whenever we see a man performing Indian classical dance on stage or going to the classes to learn and inculcate the art, more often than not, we associate numerous offensive titles to them. Charles Ma is one such modern-day dance guru, who had to bear the brunt of it all and much more to become the Bharatnatyam dancer and teacher that he is today.

What is more intriguing about his journey to becoming a celebrated dancer is that he had to fight not only gender stereotypes but also racial stereotypes to claiming his position in society as a dancer.

As you may have well guessed from his name – Charles Ma – he is of Chinese origin. In fact, he belongs to a Nepali-Chinese ethnicity, which essentially bestowed him with oriental features quite different from the so-called Indian features. In other words, his facial features evoke racial and social discrimination from common Indian mass. So, while growing up, like most other people with similar features, Charles – too – had to fight his share to sustain. The only difference was that later on in his life, he would have had to fight against many of such social stigmas to become a classical dancer. And it would be one such rebuke that would literally implore him to prove everyone wrong with his talent.

Brought up in Bangalore, Charles was always interested in dance – though not classical – and had tried his hands at contemporary dance form. There was no intention in him to try his hand at Bharatnatyam until one day at a college festival, where he found himself giving the classical form a try for the first time. Looking at it now, it was definitely the turning point in Charles’ life. Recalling the moment with Deccan Herald, Charles said, “To start with, I was really bad at dancing and was teased by my friends. I started with contemporary dance and choreography, not classical and made the switch only when a gracious dancer snubbed me. I had an urge to prove her wrong, to become a great dancer. So I just picked Bharatanatyam.”

However, before you think it to be a smooth sail from then on, it should be mentioned that Charles’ life is no fairy tale. Thereafter, understanding his love for the classical art form, began his tryst with various gurus, most of whom would feel ill-at-ease imparting knowledge about Bharatnatyam to a student, who while being fluent in Kannada, featured completely oriental physical outlook. Speaking about his ordeal back then, Charles recalled, “…many gurus were apprehensive to take me as a student. Come on, first, I was a boy; second, I looked like an Oriental boy, a novelty! I was not comfortable with those few gurus who took me as a student, so I would slink out of classes. My search for a guru went on….for some time I (even) gave up dancing because I didn’t feel mentally stable.”

Finally, his education in Bharatnaytam began in full spring under the tutelage of Poornima Ashok, the guru who helped him pick up pieces and transform into a serious dancer is Poornima Ashok. “She is a beautiful dancer. I’ve known her since 2004. She still guides me,” says Charles expressing his gratitude.

Charles Ma Takes Pride In Being A Teacher, Never A Guru

After reading and watching several interviews of Charles Ma, it became increasingly clear that the Bharatnatyam maestro takes pleasure in calling himself a teacher of the art, and never a guru. According to Charles Ma, the bond between a teacher and a student is extremely special and pious, more of an interpersonal relationship than one relegated to just Bharatnatyam or any other particular subject. Today, Charles has nearly 35 students at his own school, Natyaprabha, which operates through two dance studios – one in Indiranagar and the other one in Kasturinagar. And with all the 35 students – the youngest one being less than 10 years old while the eldest one is in her 50s – he tries to maintain a healthy relationship and rapport. “We joke around, laugh; eat chats, share stories and secrets. I know when my students are having bad days. But on stage, we have a dignified rapport.”

Veering farther into the teacher-guru dissimilarity, Charles says, “There is deep respect and certain fear for the ‘guru’. I don’t want them to be afraid of me or the dance. My students have a voice. If they don’t like an aspect of dancing, they say it. It’s not being disrespectful. I want them to think about dancing. Why did a character do that? How old is Krishna? He can be 24 and behave differently, or he can be 16 and behave in another way. Our classes are layered that way.” In doing so, Charles is seen constantly challenging himself as he finds himself on the mark of reviving Bharatnatyam “with a sense of vintage aesthetics and yet that suits modern sensibilities.”

True, modern India is way more inclusive and open-minded than the India that was. Yet, when it comes to racial discrimination, a sense of it still prevails in the minds of most of us. For those who are suffering such discrimination, the story of Charles Ma is indeed an inspiration – the inspiration to turn a deaf ear to all odds and take it as a challenge to escalate to the zenith of success. And for the ones on the opposite side of this discrimination, racial features or socio-economic background never screams success and intelligence – what does is talent. So, it is high time we learn from people like Charles Ma to nurture and value talent above everything else.