[VoxSpace Life] Current Hostility In India : Who’s Responsible? They Or We Or Both Of Us? 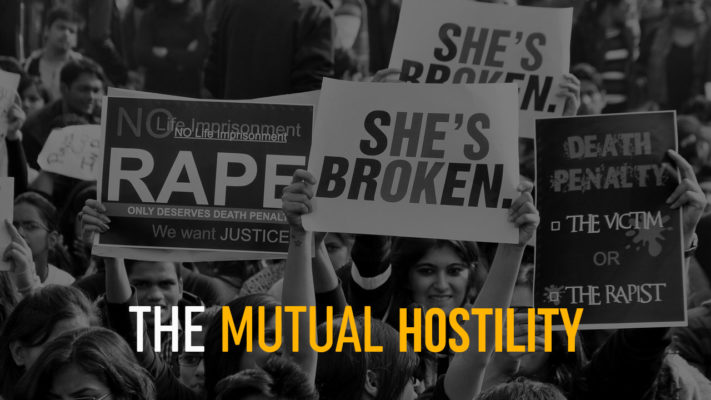 There is not one day in this country when you wake up and you are not greeted with yet another news of rape, molestation or some other crime. It has become so common that for half the country it is just another piece of news and for the other half it is a warning to be more and more careful. The basic idea being: rapes happen and you’ve got to deal with it. Such naturalisation of a crime so heinous is shocking, but I guess we live in times in which we are getting more and more tolerant towards violence and crime.

The 21st century with all its glamour and blinding shimmer have actually made us blind towards everything else in the world. You wake up in the morning and pick up that newspaper which has a small report on the left corner of the thirteenth page, that year again 200 children were killed in a drone attack in Syria and you run through the news just like you run past the old beggar who sits across the signal. The alternate route is, you make that sad face and turn the page to the sports or entertainment section to wash off the momentary sadness that you felt for those who survived or those who died.

We are like those lambs that are being slowly cooked to numbness. We live in the era of technology and almost all information (good, bad and tons of fake) is just a click away. You scroll through Facebook and you will come across things happening in different parts of the world. Not knowing about something is different from knowing and not reacting. There was a time when crimes happened and it took really long for the information to travel and at times it would not even reach everyone but we cannot say that about the times that we live in. We come across pictures and videos of bloodbath and torture, of piles of bodies strewn across like butchered meat in a meat house, of mutilated and disfigured bodies of 9 months old; all of this and many more and we choose to be silent.

This cannot be called ignorance, this is indifference and lack of the minimum humanity and compassion. We aren’t outraged by things that we should be outraged over. An 8-year-old got raped and murdered in Kathua, Jammu and rallies were taken out in support of the rapists, but this did not shake our conscience. After a few days, an 8-month-old was raped and even this could not shake our conscience. If these incidents did not shake us, I don’t think that anything would.

Aren’t We All A Little Involved? 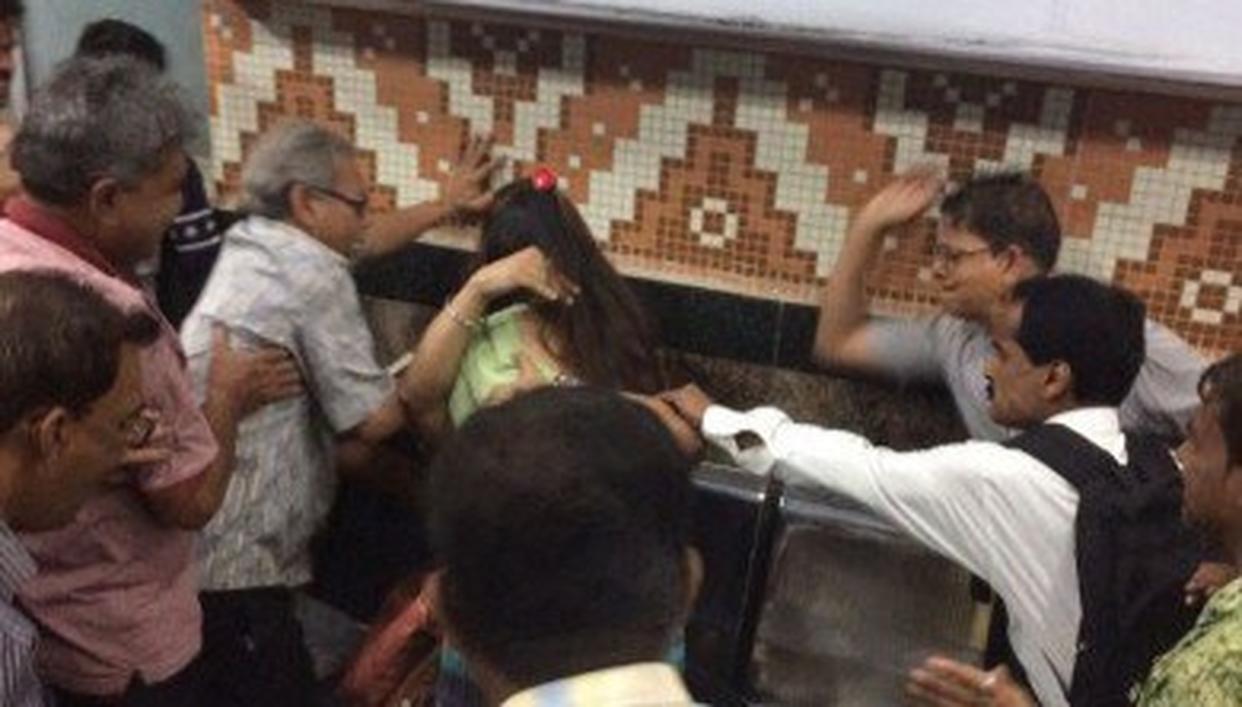 With the increasing crimes and decreasing actions against it, it isn’t wrong to say that hate is the new normal. The question is, who is responsible for it? One can argue that the number of people committing crimes and participating in rallies supporting rapes and rapists is far less than the number of people who do not agree to it. One can also say that not everyone in this country is concerned about other person’s food or clothes or choices but the sad part is, these people who are concerned with what the other person does, are so not concerned that they do not even turn up when the other is brutally butchered to death for eating what he/she eats or wearing what he/she wears.

The very recent incident that took place in the Kolkata metro is a phenomenal example of how unconcerned we are. A place as crowded as the metro in a city as crowded as Kolkata and people(including women) are beaten up for standing too close. some tried to attack, some tried to save and the others looked on and then moved on with their life. Those who create ruckus are few in number but they are out there creating more mess and the once who are against it are sitting comfortably in their cocoons, too busy in their self-absorbed life to actually go out and raise their voices.

It is true that Akhlaq was dragged out of his house and lynched to death by cow vigilantes but it is also true that an entire village witnessed the death and did nothing about it. There can only be two explanations for this, one that everyone is so full of hate in our country that they think it is okay to kill or that nobody actually cares if someone is killed. Both ways someone dies and the next time it can be any of us.

Now More Than Ever

It is now more than ever that we need people to raise their voices. With increasing hostility and tension for people who come from marginalised sections of the society, it is imperative that people across various sections of the society start raising their voices. We must not forget that large acts of violence often starts with overlooking of smaller ones. It is easy to blame rape culture for all that rapes but to counter that, we, of course, need strong law and order but we also need a regular engagement with (supposedly) smaller acts like stalking, groping etc. A regular persistent intervention and action is the need of the hour.

The hostility and terror that the masses of this country face can only be eased out if we fight it with compassion and spreading awareness. We know that there is an entire machinery that spreads communal disharmony, we also know that the age-old patriarchal system is pulling us back and we also know that the mouthpieces of violence and oppression are acing their job as we can see the unrest and damage that they have unleashed on the common people of the country. The only way to counter this systematic destruction of democracy is an equally planned, sustained and informed counter mobilisation of opinions. We cannot expect change to drop on us like an elixir from heaven that will free us from our sufferings. We need to fight for it day after day and every day.