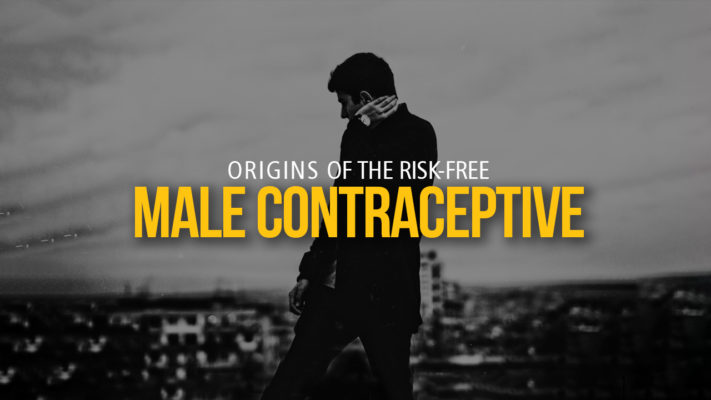 For the men who are ready to use them, the only options available are- condoms, which aren’t a 100% effective, pulling out, which many don’t prefer and honestly isn’t of much help;  semi-permanent options like surgical vasectomy are the only safe forms of birth control currently available. Hormonal drugs, which are currently in clinical trials, are available as well, but these might cause hormonal imbalances.

All of that is about to change now, thanks to a new male contraceptive, which can stop sperms without affecting the hormones. The breakthrough findings were published in a study by the University of North Carolina in the PLOS ONE journal.

EP055 is said to bind the sperm proteins, which will significantly slow the overall mobility of the sperm, without affecting hormones. This means the potential ‘male pill’ comes with practically no side effects.

The lead investigator on this study Michael O’Rand said, “simply put, the compound turns-off the sperm’s ability to swim, significantly limiting fertilization capabilities”. He further added that this would make EP055 an ideal candidate for non-hormonal male contraception.

The study was conducted on male rhesus macaques. Thirty hours after a dose of the EPo55 was injected into the macaques, no indications of change in the sperm mobility and no physical side effects were found.

Both O’Rand and Zelinski speculated that more work on the drug is needed before it can be available for human use. Their teams are currently trying to manufacture the compound into a pill form, for easier usage. A trial for its effectiveness against pregnancy is soon to be conducted.

What Does This Mean?

If the studies are conducted successfully and the compound is converted into the form of a pill,  male contraception will become easier than ever. It would mean easy and quick usage and no requirement of invasive surgery.  The pill would have major benefits like- unwanted pregnancies can be avoided, as both the partners would be on the pill and couples would not have to compromise on their sex life, no hormonal changes would mean a healthier and sexually active man, which is a win-win situation for all.